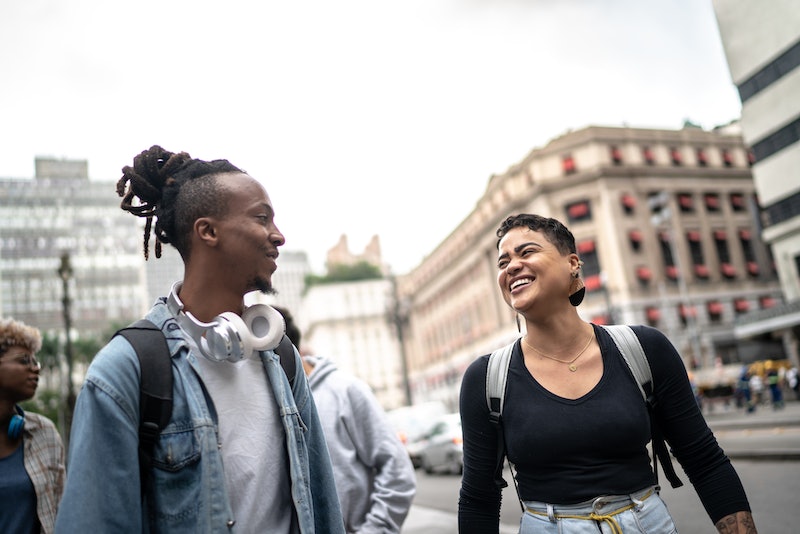 You've moved on from the petty, and now the types of disagreements you have are just that; they're growing pains, not fights. Because when you've been friends for a long time, you learn how to communicate better so you're not having a blowout every time you have a disagreement. You're working it out in that mature, adult way that allows you to get closer and better your understanding of each other, without putting a wedge between the two of you.

And while you and your bestie might be the closest you've ever been by your late 20s, while you might even regard each other more like sisters than friends at that point, there will still be things that will come between you. But fear not, you'll have all the tools to work through them. Here are five growing pains you'll have to sort out with your bestie in your late 20s:

When you or your bestie gets into a serious relationship, it's no longer just the two of you against the world. When a bestie gets a new person in their life, that new person will become a priority and inevitably change your friendship. You'll have to work a little harder at finding the time to remain close and it will require effort from both parties. There will definitely be some kinks to work out in the beginning, and it's best to be as open and understanding as possible during this time.

By the time you're in your late 20s, your work responsibilities increase. Your job becomes less of a nine-to-five means to an end and more of a lifestyle that doesn't leave you when you leave the office. You'll have work on the brain around the clock. You'll have work engagements on nights and weekend and work friends and work drama. While you figure out how to keep your work life separate from your personal life, you'll have a few obstacles with your bestie. It can be hard at times to remember that everyone's job is important and stressful and wonderful and that you can both relate to, rather than argue over. It might take time, but you'll eventually find a balance where you can leave your work behind sometimes and put your bestie in front.

The older we get, the more scattered our financial standings become. We all spin out of high school where we had our similar $20 allowances to spend on movies and pizza, and now our incomes are vastly different and private and stressful. You might not be able to afford that vacation share in the Hamptons that all of your friends are going in on. Or maybe they can't afford to get a manicure every Sunday with you. Or maybe neither of you can afford to go out to dinner every week. You'll have to be mindful of the fact that you're not all on the same page and find things that are a compromise between the two of your wallets without making each other feel bad or left out. It's also helpful to find activities that you enjoy doing together that are free. Not all hangouts need to be extravagant.

Careers, families, relationships — they all tend to have the power to uproot your life. In your late 20s, friends will start to move around. Maybe they'll pack up and head an hour away to the suburbs. Maybe they'll move in with their significant other somewhere that takes a mini road trip to get to. Maybe they'll get a job across the country or out of the country. These are all things that can happen. They will definitely throw a wrench in your weekly TV nights, but you'll figure something new out.

As you get older, your interests change. Maybe you and your bestie loved going out and dancing the night away when you were in your early 20s, but now your interests have changed. Maybe you don't like drinking anymore. Maybe you're super into cooking or reading. Your interests might not stay aligned in your late 20s, and that's OK. You'll have to figure out what activities you both still enjoy and find the best way to spend time together that's fulfilling for each of you.