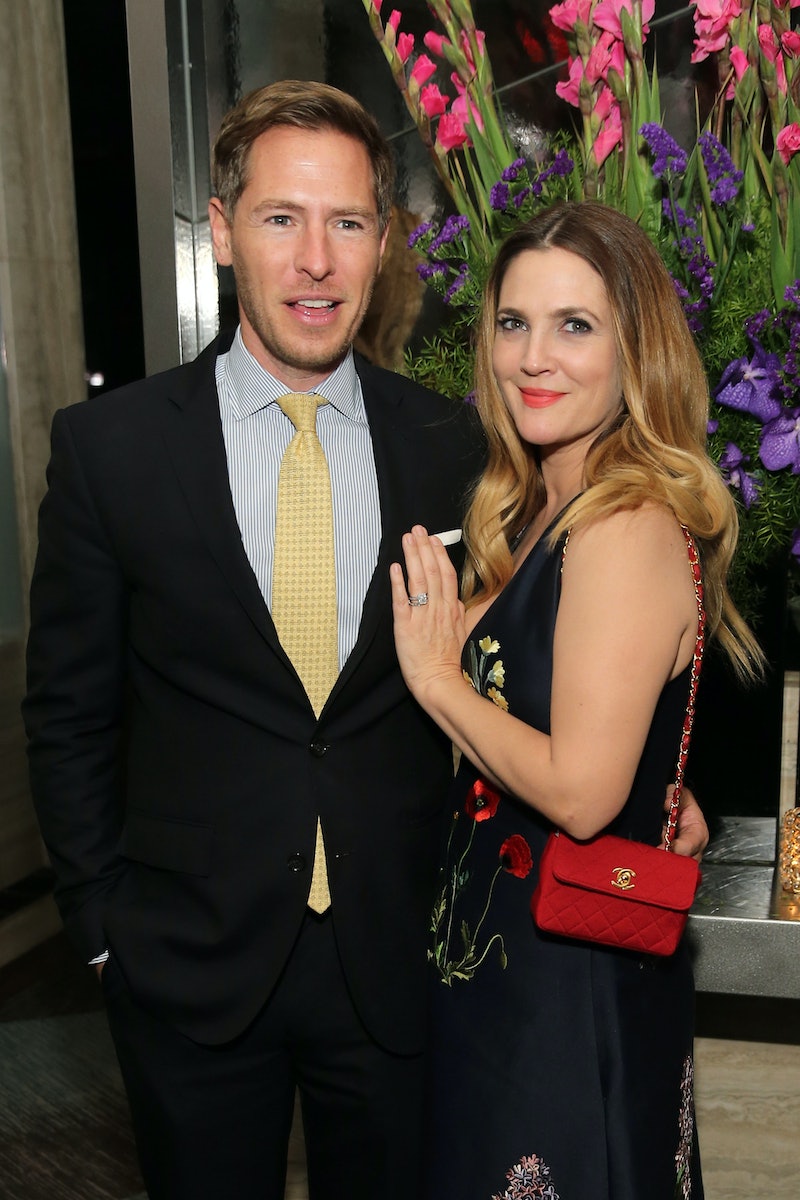 Unfortunately, this does not look like an April Fools' prank: Drew Barrymore and Will Kopelman have split after close to four years of marriage, Page Six reports on Friday, April 1. Sources told the site that Barrymore and Kopelman, who share daughters Olive, 3, and Frankie, 1, have separated and plan to divorce.

"They’ve been having some difficulties, but they remain close for the sake of their kids," one insider said, while another added: "Drew had a very rebellious and wild childhood, with no family around her, and while she is a very different person now, and a great mother, some of that can stay with you."

Bustle has reached out to Drew Barrymore's rep for comment but has not yet heard back.

On Thursday, Barrymore Instagrammed photos of herself getting a tattoo of her daughters names, captioning one of the photos: "Getting a lifetime note on my arm."

This will be the third divorce for Barrymore, who was previously married to Tom Green for five months in 2001, and Jeremy Thomas in 1994 for less than two months, Page Six reports.

Barrymore and Kopelman, an art consultant, began dating in February 2011, Us Weekly notes. The two were married a year and a half later in June 2012, tying the knot at the actor's estate in Montecito, California.

More like this
Nick Viall & Natalie Joy Are Engaged After 2 Years Of Dating
By Alyssa Lapid
Selena Gomez Confirms She's Single Amid Drew Taggart Dating Rumors
By Martha Sorren, Jake Viswanath and Jack Irvin
The Bachelor’s Christina Mandrell Comes From One Of Country Music’s Most Famous Families
By Brad Witter
Nicole & Chris Hinted They’re Still Together After 'Married At First Sight'
By Brad Witter
Get Even More From Bustle — Sign Up For The Newsletter
From hair trends to relationship advice, our daily newsletter has everything you need to sound like a person who’s on TikTok, even if you aren’t.