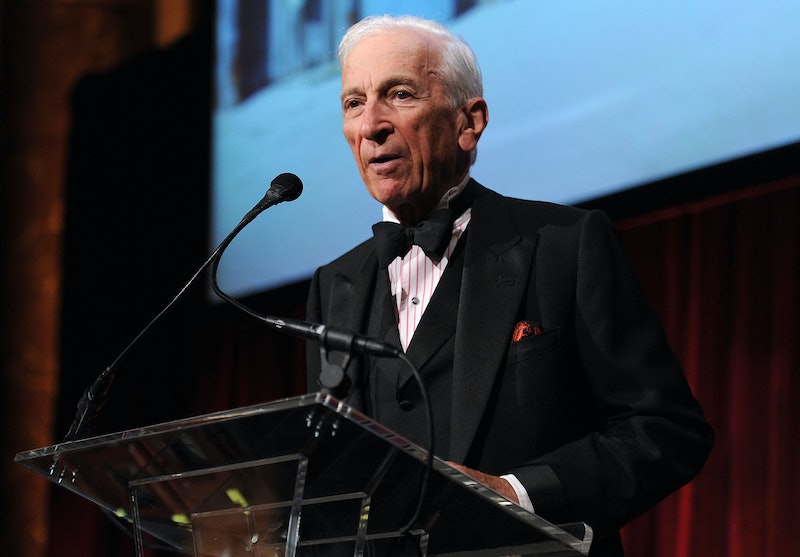 On Saturday, legendary journalist Gay Talese admitted that he hasn't been inspired by any female writers. While speaking at a conference titled "The Power of Narrative" at Boston University, Talese was asked about women who helped shape his work, and he replied, "None. And I'll tell you why," explaining that educated women "aren't interested in 'uneducated' or 'antisocial' types." Since the acclaimed reporter has ignored an entire gender's writing, there are plenty of kickass female journalists Talese should read.

All the female journalists in the audience were thrilled to have one of their literary heroes tell them they don't like talking to strangers because it makes them "uncomfortable," and a few reportedly left the conference. Conference co-moderator and Boston University professor Mitchell Zuckoff told The New York Daily News' Laura Bult: "The world he inherited in the 1950s and 1960s didn't have a lot of women doing non-fiction narrative. That was his world." Zuckoff went on to explain that Talese was only referring to women of his generation, not necessarily current-day writers. "I truly believe he was talking about the era. That the women he knew in that era weren't drawn to the stories he was drawn to," he said.

Andrea Swalec, a NBC Washington reporter at the conference, tweeted that Talese was asked about Joan Didion, but he said she didn't cover antisocial people like he did. Journalists who exclusively write about "antisocial poeple," as Talese kept saying, aren't very common in general. But there were quite a few female journalists doing excellent work in the 1950s and 1960s.

Steinem is a legendary journalist who got her start in the early 1960s, though she covered a lot of feminist issues that aren't exactly up Talese's alley. In her book My Life on the Road, Steinem writes about a run-in she had with Talese in a taxi in 1964, claiming he leaned across her to say to fellow writer Saul Bellow: "You know how every year there's a pretty girl who comes to New York and pretends to be a writer? Well, Gloria is this year’s pretty girl." Maybe he should actually read this pretty woman's work.

Sontag wrote both fiction and nonfiction, but her 1964 essay "Notes on 'Camp'" was one of her most influential pieces. Later on, she became interested in Bosnia, and moved to Sarajevo to cover the area more in-depth, proving that women are not in fact scared to talk to strangers (as if that needed proving).

A Pulitzer-Prize-winning journalist, Fitzgerald traveled to Saigon in 1966 and 1972 to cover the Vietnam War. Her critique of the war, Fire in the Lake: The Vietnamese and the Americans in Vietnam, became some of the most influential writing about the conflict. She definitely interviewed some "antisocial people" while there.

Friedan wrote The Feminine Mystique out of frustration with magazines refusing to publish her articles in the 1950s, and also critiqued the lack of female journalists on TV during that era. If older male journalists think there weren't enough women writing nonfiction back then, they should think about why that was the case, beginning with reading Friedan's works.

Most people know Ephron for writing masterpieces like When Harry Met Sally and Sleepless in Seattle, but she also wrote excellent social commentary for Esquire and other publications throughout the 1960s. Though Ephron's style was very different than Talese's, something can be learned from all good writing.

Talese has a lot of reading to do.