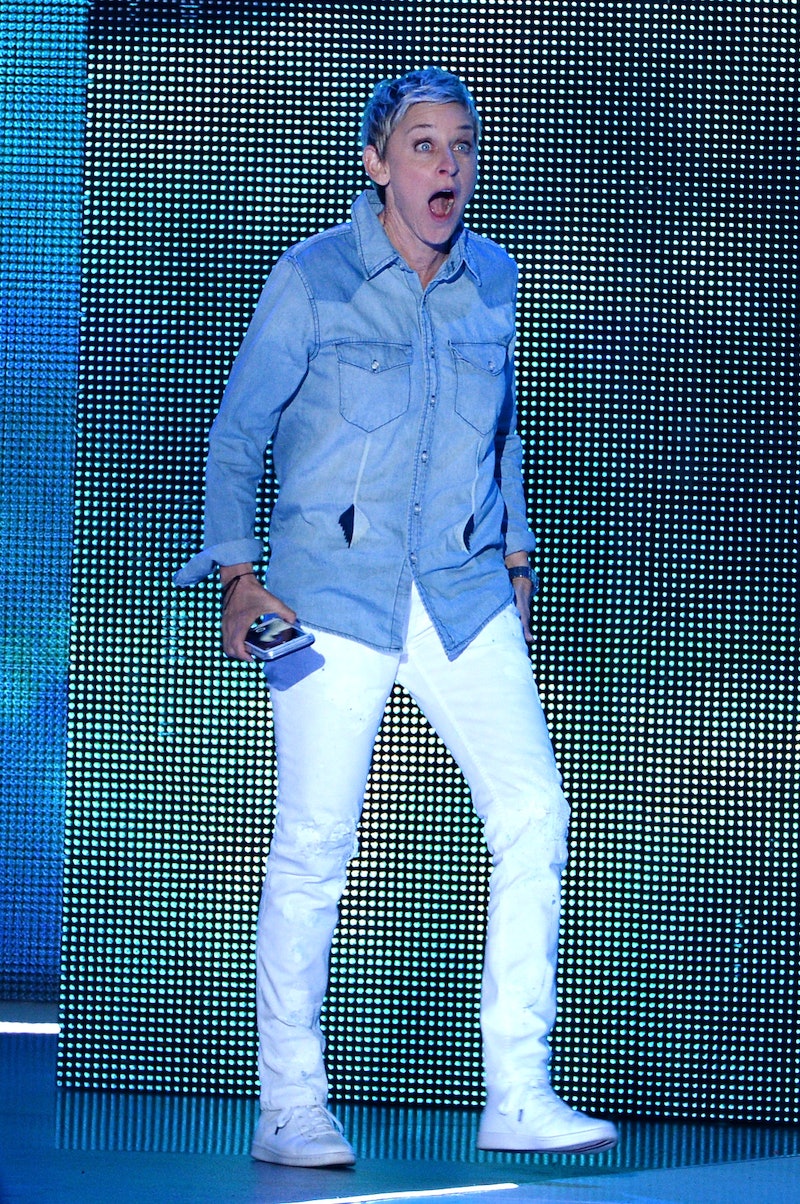 How do talented kids make their mark on the entertainment industry? Well, by performing on The Ellen DeGeneres Show of course. Or, at least, that's exactly what has seemed to have happened for some of the talented kids who have appeared on the comedian's talk show in the past. And, now, Ellen's love for dancing and showcasing talented kids are coming together in her new Ellentube dance competition series, tWitch and Allison's Dance Challenge. The eight-episode dance series is hosted by So You Think You Can Dance DJ Stephen "tWitch" Boss and Dancing With The Stars' Allison Holker, as they put six different kids to the test in the hopes of one of them getting the chance to dance live on The Ellen DeGeneres Show. However, it's what the results of the online dance competition series could lead to that really makes this new show important.

All of the kids featured on the show are not only sure to be talented dancers, but they also are going to be reaching audiences of millions both online and on Ellen's show itself. The show will introduce the world to some of the young talent of tomorrow. Despite the fact that we aren't typically familiar with dancers, the possibilities for future actors, singers, and dance champions are endless — simply because these kids are appearing on Ellen. Being on Ellen is a big deal. And, in the first episode of the competition series, you can see just how fierce this race is going to be.

With everyone from chart-topping singers to headlining movie stars getting their footing on The Ellen Show, there are examples from the past to back-up the prospects of the future of Ellen's new series. Here are some of the most notable child stars to come from making their mark with Ellen.

Greyson's musical abilities went viral after he covered Lady Gaga's song "Paparazzi" back in 2010. However, it was Ellen putting him on her show that really helped launch his career. Not only did he gain thousands of new fans, but he also was signed to Ellen's very own label, ElevenEleven, and the rest is history.

After performing "Super Bass" with the help of Nicki Minaj on the show, their talent went viral, and their career blossomed. Now the young YouTube stars are creating their own music and even helmed their own straight-to-DVD movie. And, of course, they always make time to come back and visit Ellen.

We all know that Usher is the one who is really responsible for plucking Justin Bieber off of the YouTube radar and onto the mainstream. However, Bieber's first appearance ever on The Ellen DeGeneres Show certainly helped his case. In 2009, the singer debuted his EP "My World," and the record sales hitting a top spot on the Billboard 200 could definitely have something to do with the brand new fan base he reached on the show. It's no wonder why those two still remain so close.

So, which young dancer is about to launch their career with the help of Ellen? It looks like we'll just have to wait to find out who the winner of the dance competition is to find out. But, as we can see from the past, performing on Ellen is a much bigger deal than just one single performance.