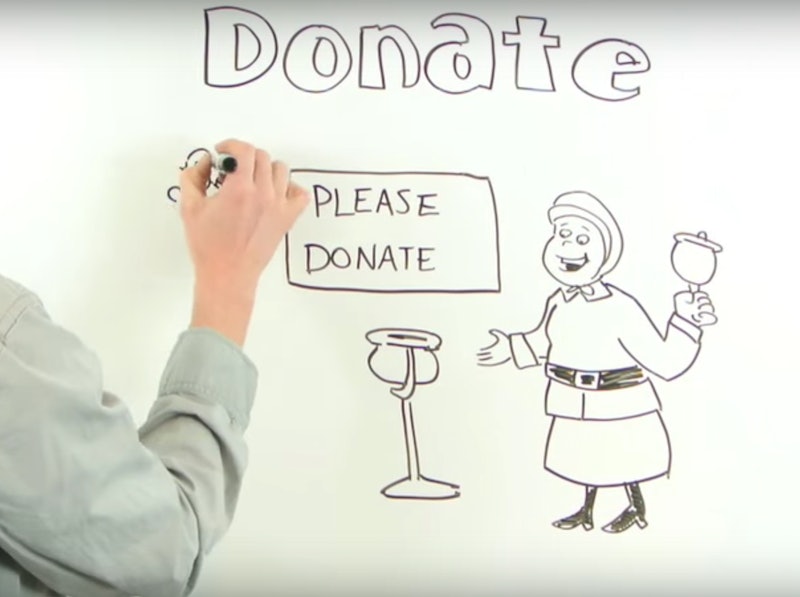 Do you cringe every time someone at work talks about “influencers” or “value add,” wishing that they would skip the corporate jargon and stick to straightforward English? If this video from Mashable, titled, “Horrible Jargon We Got Used To,” is anything to go by, you may eventually find yourself using these workplace non-words without even thinking about it. As the video illustrates, there are lots of words and terms that we use all the time now that once drove language purists around the bend. Who knew that an innocuous-seeming word like “donate” was once the “deliverables” of the early 20th century?

Created by linguist Arika Okrent and illustrator Sean O’Neill, the video discusses the surprisingly controversial origins of words we now take for granted. “Contact,” for example, was once exclusively a noun. You could be “in contact” with someone or something, but “to contact” — as a verb (as in “I contacted her.”) — was considered awful jargon when it first emerged in the mid-19th century. Even in the 1930s, it was featured in lists of “Top 10 Most Annoying Jargon.” Okrent explains that “interview” is another word that transitioned from a noun into a verb. One could give an interview or conduct and interview, but to use “interview” as a verb (as in, “I’m interviewing the suspect later today.”) was considered the “worst kind of hogwash journalism jargon.”

The title “mortician” was once seen as a silly made-up title, sort of like “mixologist” today, that was created in 1895 when Embalmer’s Monthly, a magazine for undertakers and funeral directors, decided to create a new title for those involved in the funeral trade.

Other jargon-y words that used to drive people crazy include “endorse,” “balance,” and “electrocute.” Watch the video below to see just how these terms, which seem totally normal to us, used to set people’s teeth on edge: