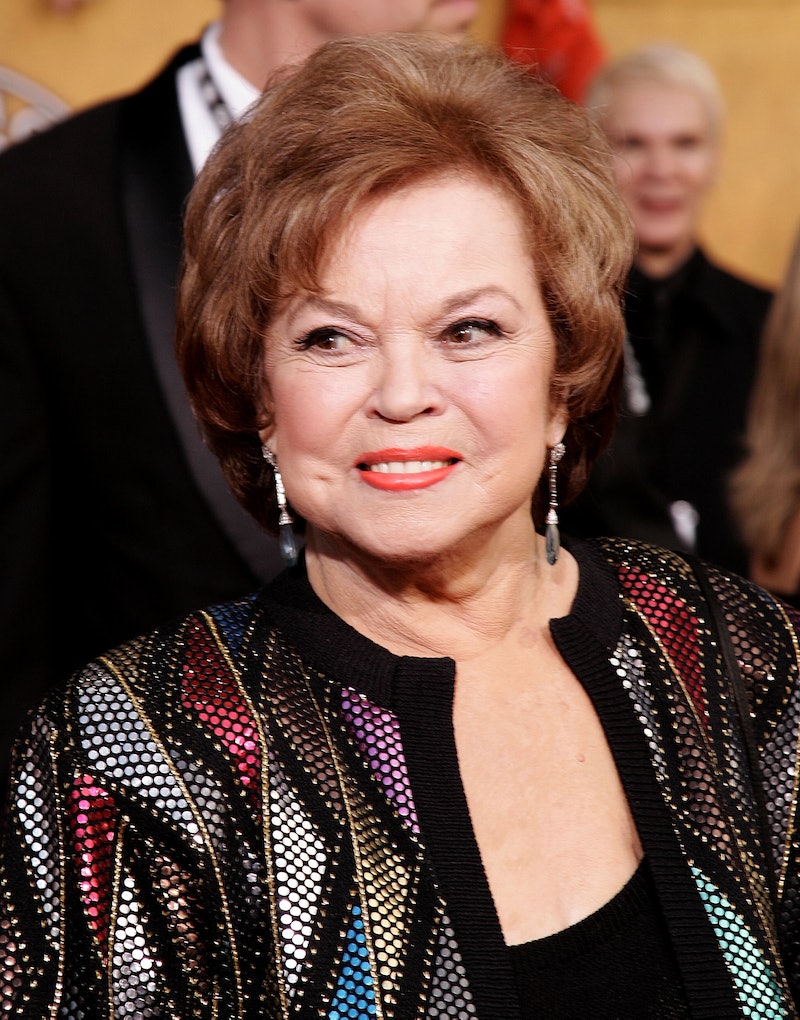 In very sad news for the acting community and her fans around the world, legendary child actress Shirley Temple Black died at 85-years-old on Monday night in her home near San Francisco, Calif. Temple died of natural causes, and was surrounded by her family and caregivers when she passed away, according to her publicist, Cheryl Kagan. Temple danced her way into America's hearts during the Depression-era as the first great child film actress, and was known for her adorable dimples, tight corkscrew curls, and singing, acting, and dancing talents.

Temple began acting in 1932 and kept on entertaining the country for about 18 years. Some of her most notable films were Baby Take a Bow, Bright Eyes, Curly Top, The Littlest Rebel, Captain January, Dimples, Heidi, The Little Princess, and Little Miss Broadway.

However, once Temple got a little older and was suddenly a young woman instead of a little girl, audiences and studios lost interest in her and she retired from acting in films at 21-years-old.

Temple then married Charles Black in 1950, and they had two children, Lori and Charles. They were married until his death in 2005 at 86-years-old.

Temple received two lifetime achievement awards for her contributions to acting, one being a special Academy Award in 1935. She also successfully won the fight against breast cancer in 1972 and has a sweet signature drink named after her. Temple also became a foreign diplomat after her acting career ended. She served in the U.S. delegation to the United Nations from 1969 to 1974, according to CNN.

"We salute her for a life of remarkable achievements as an actor, as a diplomat, and most importantly as our beloved mother, grandmother, great-grandmother, and adored wife of fifty-five years of the late and much missed Charles Alden Black," Temple's publicist's statement says.

Temple has and will always be a cultural icon and will continue to inspire many child and adult actors along the road.