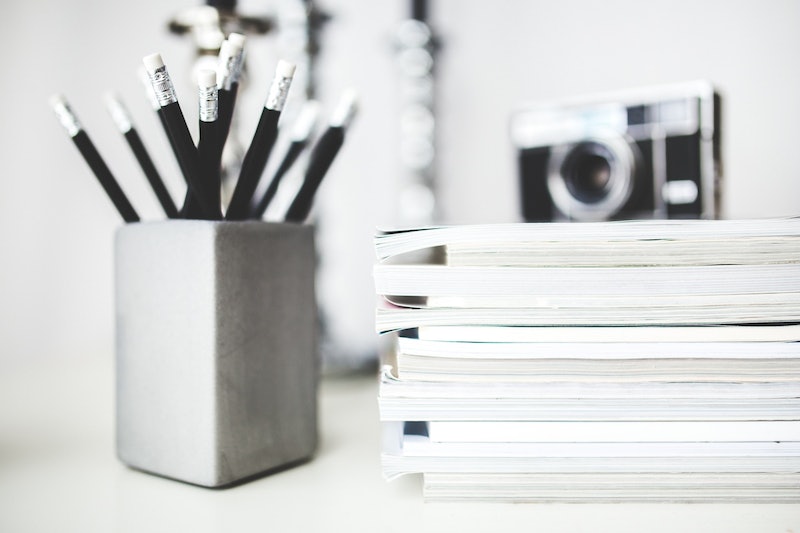 I’m someone who has a very difficult time keeping things clean and organized. I’d much rather watch a Netflix marathon, or read a book, or pet my dog, or do pretty much anything that involves me not cleaning. However, when things get too unorganized, I start to immediately feel overwhelmed. It’s only then that I will finally consider getting my act together and getting things in order. Now, however, I feel like there is much greater of a push to get organized then I could have imagined — and I’m about to bestow those bits of information on you as encouragement for you to clean, too. Here are five health benefits of being organized.

1. It Can Boost Your Energy

Getting organized has the ability to give you that much-needed energy boost, according to WebMD. If you’re feeling a slight slump in your day and can’t seem to shake it, try taking a few minutes to organize your desk and work area. Sort those papers that have been piling up, file your emails, throw away the garbage around you, etc. According to WebMD, taking this time to get yourself organized can help you to work more energetically for the rest of the day.

2. It Can Lead To Better Eating Habits

A study from Psychological Science found being organized can actually have a positive input on what you’re eating. Specifically, the study found people who worked in a neat space were two times as likely to pick an apple to eat versus a chocolate bar when compared to those who were working in an organized, messy work space. Want to avoid snacking on junk food at your desk? Keep it organized, and that urge to choose foods that make you feel groggy or bloated might soon diminish.

3. It Can Improve Your Sleep Habits

In need of some Zs? Aren’t we all/ Keeping yourself organized can also play a role in ensuring you’re getting a solid night of sleep each night. According to the Huffington Post, clutter in your bedroom can be stressful to you, even if you don’t realize it, causing you to lose out on precious sleep. To combat it, use this spring-cleaning time of year to overhaul your room and organize it in a neat and clutter-free manner. The outlet suggested moving items out of your room that are necessary for rest. Then, watch as your sleep habits slowly change for the better. Aside from decluttering, stay organized, too, by making your bed every morning. According to Reader’s Digest, those who make their bed report a better night’s sleep than those who don’t.

4. It Can Reduce Stress And Make Us Happier

According to Shape, a study conducted from Personality and Social Psychology Bulletin found people with cluttered homes, or homes filled with unfinished projects, were more depressed, fatigued and had higher cortisol levels then their counterparts who described their homes as restful and restorative. For those who aren’t aware, cortisol is the body’s stress hormone — so when that goes up, our feelings of stress are amplified. Surely, none of us want that. Based on the study, if we want to prevent these negative effects, we should strive to keep our homes organized. According to Shape, after decluttering and organizing, you should feel happier and more relaxed.

5. It Can Lower Your Heart Attack Risk

Get this — cleaning and organizing can truly lower your risk of having a cardiovascular event, according to Reader’s Digest. The outlet reported on a Swedish study that found people who did the most yard work, housecleaning, and DIY projects had about a 30 percent lower risk of a first-time cardiovascular event, such as a heart attack or stroke versus those who were the most sedentary. Yet another excuse to get up off your rear end and get to organizing and moving. It seems cleaning can literally help save your life.

While we’ve all heard the traditional benefits of being organized — such as its ability to help up feel more productive or clear-headed — now we can see there are a few bona fide health benefits as well. With this in mind, I’m off to organize my desk, and I hope you’ll be doing the same, too.