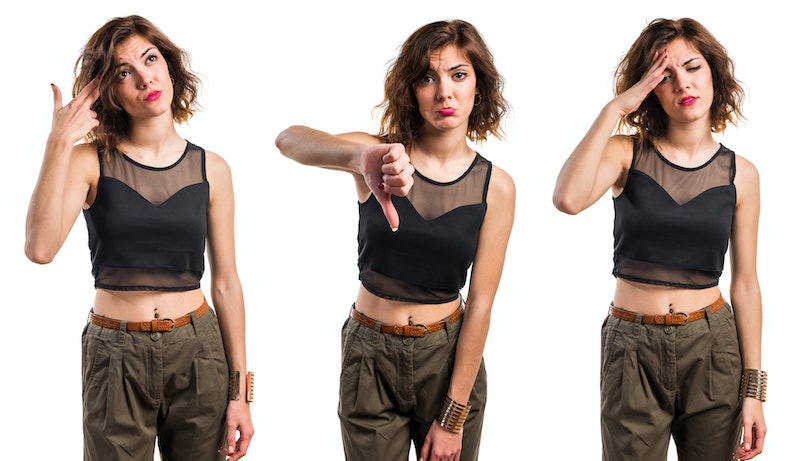 Do you have a list of dating deal breakers? If you don’t, no worries; that’s what the Internet is for. A rapidly-growing thread kicked up on Reddit this morning posing the following question: “What automatically makes someone ineligible to date/be in a relationship with you?” The best of the results (well, the best of them thus far, anyway) are alternately hilarious and true. Sometimes they’re even both.

Now, the thing to keep in mind about Reddit is that it is generally rather…well, male and straight. Obviously not all of Reddit is male and straight (yours truly included), but usually those two words describe the average Redditor in the proverbial nutshell. As such, most of these dating deal breakers are likely from straight dudes. That said, though, you can tweak just about all of them to cover any gender or orientation.

So, without further ado, I give you the top 15 dating deal breakers according to Reddit:

Yeah, not a great sign if they’re already married to someone else.

If the happiest couples are the ones that talk together all the time, you’ve got to have something to talk about.

4. Not having a favorite dinosaur.

Everyone should have a favorite dinosaur. Also, for the curious, dyscalculia is sort of like mathematical dyslexia, sooooo yeah. Don’t make fun of learning disabilities. Not cool.

And also a whole lot of other things.

I guess MonsterTJ and I are never, ever, ever getting back together.

Including, but not limited to, OMG-you’re-my-dad-ism.

A word of advice, lukewarmstorm: Do not ever date a blogger. It’s kind of our job to watch reality TV and have opinions about it.

This. A thousand times this.

11. A lack of interest in roboethics.

I’m uncertain about whether UStoTZ is being facetious or not, but either way, it’d probably at least make for an interesting conversation. See: Deal breaker number three.

I wonder if there are exceptions to this rule. I mean, what if you meet someone who’s absolutely amazing? Would that be enough to counteract the name problem? Or would it always be an issue?

To which I can say only this: