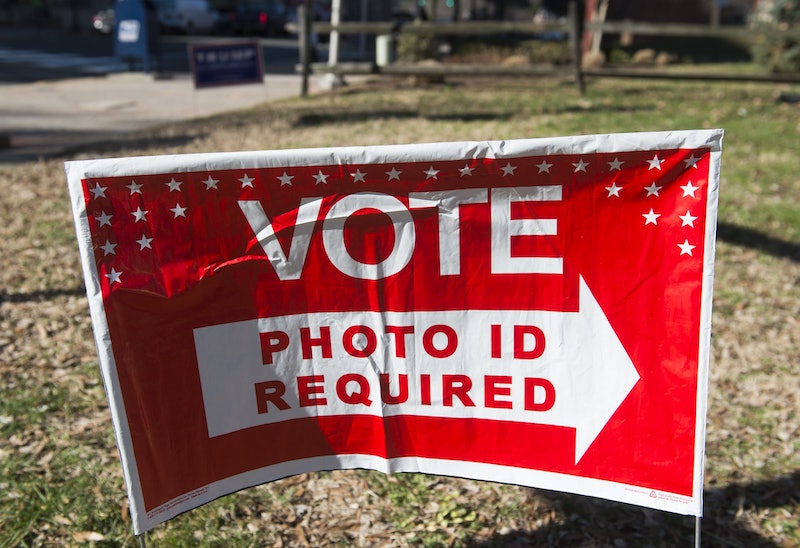 The Wisconsin primaries on Tuesday will be important for the 2016 presidential hopefuls, and a lot rests in the hands of Badger State voters. But a new voter ID law in the state threatens to keep several would-be participants from voting in the primaries. What is Wisconsin's voter ID law, and who might it impact most?

The National Conference of State Legislatures reported that Wisconsin has one of the strictest voter identification laws in the country. First, it requires that the ID has a photo of the individual on it, and only certain forms of photo ID are accepted. These include different types of IDs issued by the Wisconsin Department of Transportation, the military, or colleges. Second, it requires people who lack the proper ID on election day to take additional steps to ensure their vote counts. They vote on a provisional ballot, and they have to report to their county clerk with an appropriate form of ID by 4 p.m. on Friday. If they fail to do so, their provisional ballot will not be counted.

The voter ID law passed in 2011, but a series of court cases aiming to repeal it kept it from being enforced until 2015. That means this is the first big election since the voter ID law has been in play. Along with election results from Tuesday, we'll also find out about how the new law impacts voting in Wisconsin.

Wisconsin Gov. Scott Walker introduced the law on the argument that it was needed to prevent voter fraud in the state. In 2014, The Atlantic reported the conclusions of U.S. District Judge Lynn Adelman, who presided over one of the court cases on the law. She showed that there is no evidence that voter fraud is a problem in Wisconsin, and that evidence at the trial suggested that existing laws against voter fraud are "vigorously enforced," with hefty punishments in place.

ProPublica reported that the state of Wisconsin failed to launch a public education campaign to inform voters about the new photo ID requirement. Molly McGrath with the organization Vote Riders, which is scrambling to pick up the state's slack and educate the public, told MSNBC that there are an estimated 300,000 voters in Wisconsin who lack the required photo ID. She said that people who are likely to be disproportionately impacted are the elderly who have expired IDs, college students from out of state, and other people who have just moved to Wisconsin, whose out-of-state IDs will not be accepted at the polls. And according to the results of one study, strict photo ID laws have reduced voter turnout among blacks, Hispanics, and multi-racial individuals in other states.

Wisconsin's voter ID law may do nothing to prevent voter fraud — a likely non-existent problem in the state — but may prevent many eligible voters from casting their ballots on Tuesday. The state's lack of effort to even inform its citizens of the new requirements will likely exacerbate the law's obstructive force.