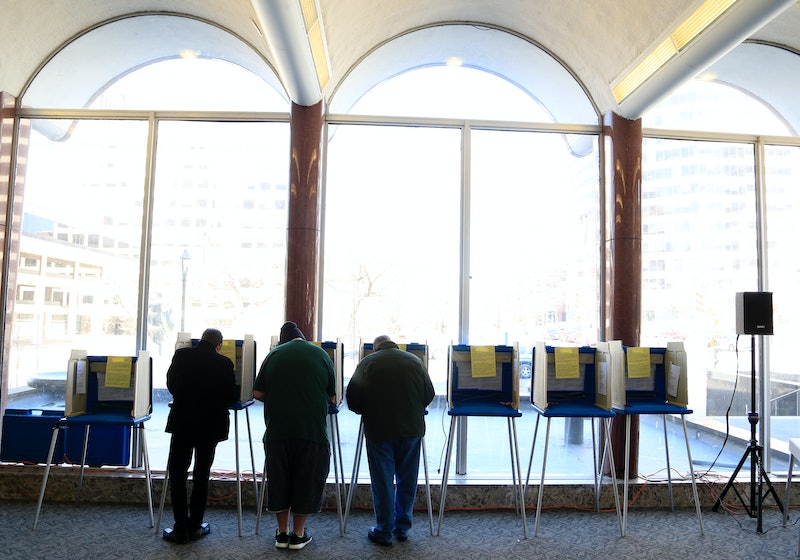 It's been more than two months since the 2016 election officially kicked off with the ever-important Iowa caucuses. Over the past several weeks, hundreds of delegates have been allocated to candidates on both tickets, and frontrunners have emerged. But the action is far from over. Thousands of delegates remain to be awarded as the race to each party's nominating convention continues through much of the summer.

Just how many delegates are left? Let's start with the sheer numbers of each party's math. Including Tuesday's primary in Wisconsin, Democrats have awarded just over 2,300 pledged delegates. That's a hefty share, but it's still shy of the 2,383 needed to win the nomination. In other words, even if one Democratic candidate managed to scoop up all of the delegates awarded up to this point, they still wouldn't yet have enough to officially win the nomination.

Of course, neither of the remaining Democratic candidates has even come close to winning every single delegate on the table. Former Secretary of State Hillary Clinton had a strong showing in the South, but Vermont Sen. Bernie Sanders has held his own in the West. All in all, the Democrats still have nearly 2,000 delegates (1,977, to be exact) up for grabs in the remaining states.

On the Republican side, things remain much more divided, and the smaller delegate counts reflect a heated competition. Republicans have awarded more than 1,500 delegates so far, which is more than the 1,237 threshold needed to secure the nomination. However, a crowded field of candidates has contributed to the slow progress of the race, as no one candidate has been able to reach that number. The window of opportunity is certainly closing, though; just 769 delegates are left.

While the delegate counts can sometimes come down to close margins and small numbers in some states, it's important to remember that millions of votes are yet to be cast for candidates from both parties. In other words, there is still plenty of time for a frontrunner to pull away as a clear nominee. Conversely, there's also time for a strong contender to close the gap.