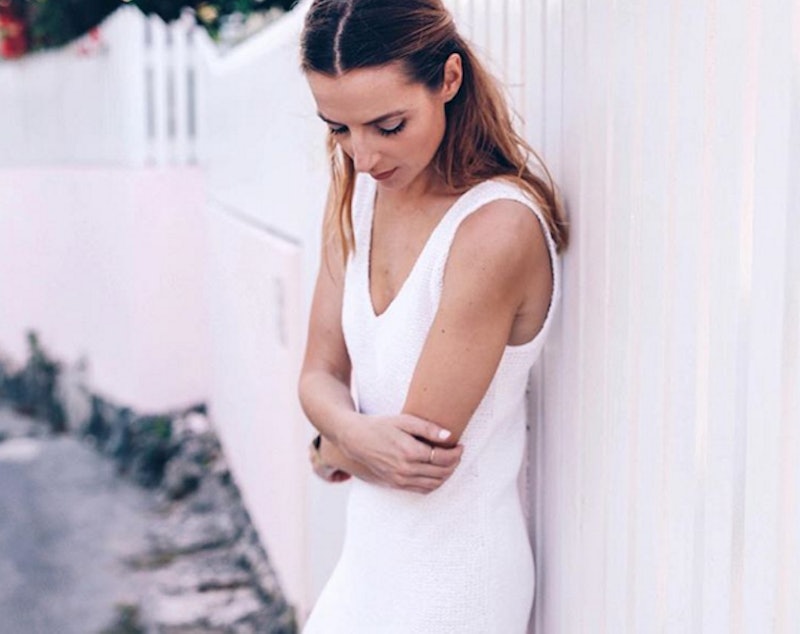 Feeling that uncomfortable slide of guilt down your tummy is tough stuff, but it doesn't necessarily have to be a bad thing. There are healthy ways to deal with guilt that turn it from a feeling that you want to run away from, to an emotion that offers opportunities. If you treat it with purpose, you can use it to change your bad habits, strengthen your character, learn lessons, and build your relationships. That might sound impossible when you think of the bad, hand-wringing feels you get when guilt sets in, but it's all about how you treat it once you have it.

We usually experience guilt after we've done something wrong, and because of it it acts like a red flag and doesn't let you get away with your crap. It offers you a chance to learn from your mistakes and to quickly right your wrong, before things snowball out of control. That or it offers you a chance to realize you're acting too hard on yourself and to ease up. It has a lot of benefits, and we're going to explore them. Below are seven healthy ways to deal with guilt — try them and become better for those feelings, not worse.

1. Understand The Purpose Of Your Guilt

When you feel that first wave of guilt, instead of cringing or tucking it away, use it to your advantage by trying to understand what it's trying to tell you. Chances are you feel guilty because of some sort of negative behavior on your part, and that's a signal to change or the very least work on it.

John M. Grohol, Psy.D., mental health researcher and expert from PsychCentral advised, "Guilt works best to help us grow and mature when our behavior has been offensive or hurtful to others or ourselves. If we feel guilty for saying something offensive to another person, or for focusing on our careers with an 80-hour work-week over our family, that’s a warning sign with a purpose: change your behavior or else lose your friends or family. "

So take your guilt apart and let it call you out on your bad behavior. It's better to treat that feeling like a kick in the butt towards development, rather than letting it just shame you into a corner.

2. See If You're Measuring Yourself To Others Expectations

Before you get down on yourself, first take a moment to see if the guilt is well deserved or if you're beating yourself up based on other people's expectations. An example might be not staying those extra five hours a week at work (because to others that means success,) feeling bad about eating that sleeve of cookies (because other people would unnecessarily fat shame at that moment), or having the need to have some time away from your SO (because others would think that means you're not in love.) These aren't your standards but others, and so you shouldn't even feel guilt.

Mark R. Leary, Ph.D. told Real Simple that you should ask the question, “Am I consciously living by my own expectations?” If not, ditch the guilt. It ain't yours.

3. Check Yourself: See If The Amount Of Guilt You're Feeling Is Right

When it comes to guilt, a lot of us like to lay it on thick. While sometimes it's well deserved, most of the time we like to exaggerate the punishment because it helps us get over it ("I did my penance.") But that's not healthy, so instead take a moment and reasses if the amount of guilt you're feeling over the situation is OK. Chances are you're being way too hard on yourself and don't deserve it.

David Feinstein, Ph.D., clinical psychologist, told Women's Health, "If you're receiving the guilt and you're feeling the guilt, reflection on whether your guilt is proportional to the situation can really help to dissolve [it]. I think that journaling is one of the best techniques for that; writing about all of the pieces of [the situation]." By going over what you did and weighing with an objective eye, you can better understand if you even deserve the inner lectures.

4. Talk It Out With A Friend

You know how a situation turns 100x more ugly in our head after the 67th time it's been replayed in our minds? Don't fall into that trap and, instead, get some fresh perspective by talking it over with a friend you trust. "Secrecy is the intensifier of guilt because keeping it to yourself doesn’t allow for fresh perspective," Edward Hallowell, M.D., author of Dare to Forgive: The Power of Letting Go & Moving On, told Real Simple. Even if you are completely in the wrong and did a cringe-y thing, your friend will help you work out how to best atone for it, and reassure you the slip doesn't make you a monster. Even if you deserve the guilt you're feeling, it's not constructive to beat yourself up for it. You need to use it to help repair and change, and talking it out will keep you on that course.

5. Focus On What You Can Do Now

Alright, you messed up and you feel terrible about it. But instead of wasting time thinking of everything you'd change if only you had a time machine, focus on everything you can change right now. Lifestyle writer Tina Su from self development site Think Simple Now said, "Focus on things you can do now, instead of things you have not done. Guilt is often regretting something you did not do in the past, so recognize that we cannot change time." Whether that's apologizing, talking it out, or changing your behavior, focus on action items you can do right this second.

6. Remember: This Doesn't Mean You Should Punish Yourself Now

Even if what you did was pretty terrible, it doesn't mean you now have to punish yourself without limits. Everyone has a slip in character every now and then, and the important thing is to learn from it and not do it again in the future. Lifestyle writer Diane Koopman from Lifehack pointed out, "It can cause us to feel undeserving of success or happiness, often leading to behavior of self sabotage and mediocrity." Don't deny yourself the chance to be happy or sabotage it as penalty — that won't make up for what you originally did and will only make a more miserable situation.

Yeah, I went there. But seriously, if you've done everything in your power to make it up to the person you've hurt (even if that person is you,) trust that that effort made up for it. Obsessing over it and letting it interfere in your relationships isn't going to do anything positive, and the whole point of guilt is to alert you you need to get back on a positive path.

Grohol said, "Do so, apologize, or make-up for the inappropriate behavior in a timely manner, but then let it go. The more we focus on believing we need to do something more, the more it will continue to bother us and interfere with our relationships with others."

So use guilt as an opportunity rather than a punishment — if you do so, it'll leave you in a better place then you originally started.