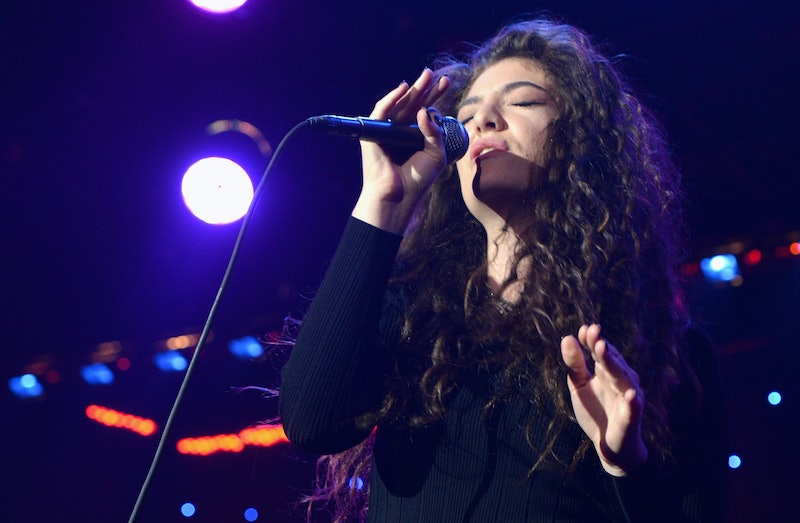 It's a banner week for T. Pain: not only did he stand up against homophobia in the hip hop community, he also found some time to autotune this incredible cover of Lorde's "Royals." So just in case you thought that that song would finally stop being stuck in your head, apologies, because T. Pain's "Royals" cover might be the best of all the iterations, and you'll need to give it a listen or six.

Obviously T. Pain wasn't gonna be humble about living large, though, so he reworked the lyrics: "Seems like yesterday we was drinking Crown Royal. We ain’t really give a f*ck, now they try to hate on us, and I just party on my bus, let me see you get loose, girl. Work hard, play hard, money over everything."

MONEY OVER EVERYTHING. T. PAIN OVER EVERYTHING. I mean, T. Pain is probably exactly who Lorde's anti-excess anthem is against, so it was only a matter of time before someone flipped it on her. There have been other great covers of "Royals," too, but none so delightfully autotuned: Mayer Hawthorne did a great cover of it, which was probably my favorite until T. Pain showed up with his remix feat. There was also a sweet, a cappella cover by a group of young sisters that go by Cimorelli.

These covers are good, but like I said before, T. Pain over everything.