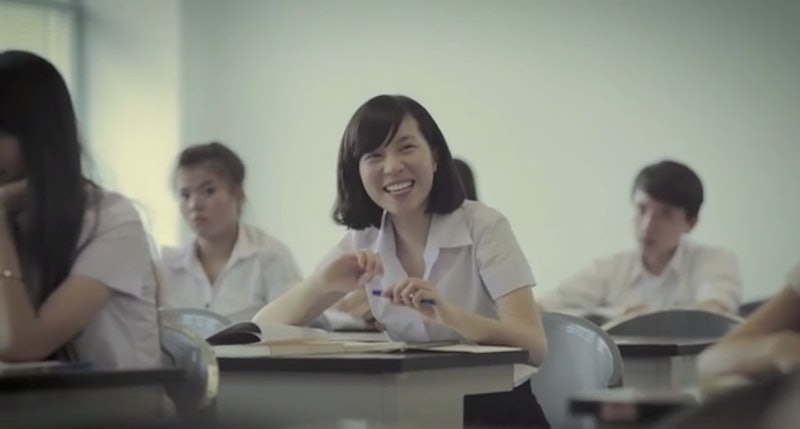 As a part of its "Beauty Inside" campaign, the Thai affiliate of lingerie company Wacoal created a three-part short film series "My Beautiful Woman" to show that beauty is more than skin deep.

The three videos, each about seven minutes in length, tell the story of three different women and the secret sacrifices they made throughout her lives. They are powerful stories, based on actual events, of women taking unlikely paths to overcome obstacles and defy society's standards. In Thai with English subtitles, each is narrated by a man who tells the story of a woman who affected his life and made him find beauty in surprising places. Especially moving is the story of Jane and June. Jane is a young woman struggling to keep up with her dual roles as student and mother to her young child June, all while subject to rumors about where June came from and who her father is. It is only in the film's final minutes that we truly understand the sacrifices that Jane has made for June.

In the closing screen, the statement "Wacoal believes all women were created to be beautiful" is shown in Thai. But no matter the language, the message is universally understood.

More like this
Why You're Seeing Green Bandanas At Abortion Rights Protests
By Lexi Inks
How To Come Out Online, According To Trevi Moran
By Melanie Mignucci
34 Quotes That'll Inspire You On Juneteenth & Beyond
By Syeda Khaula Saad and Siena Gagliano
Aesop's Queer Library Is Open
By Tomi Otekunrin
Get Even More From Bustle — Sign Up For The Newsletter