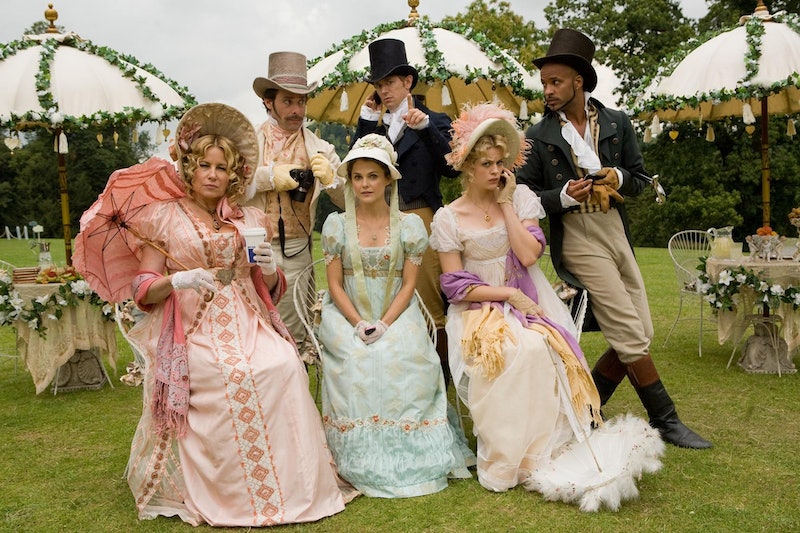 What's a Jane Austen adaptation without a Colin Firth as Mr. Darcy? Thankfully, the new trailer for Austenland features a FirthDarcy cardboard cutout in the apartment of Jane Hayes (Keri Russell), an ardent fan of the 19th century British novelist/arbiter of all things Regency romance, Jane Austen. Austenland was adapted from young adult author Shannon Hale's 2007 novel of the same name and is directed by Jerusha Hess (Napoleon Dynamite) and produced by Twilight author Stephenie Meyer. An odd team, perhaps, but I will never turn down a new Jane Austen adaptation! 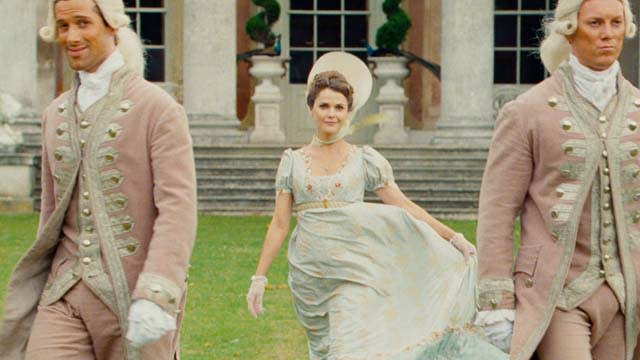 Russell's Jane is a diehard Austen fan, looking, as so many women have done before her, to the countless quintessential Austen novels for advice on love. She whisks herself away to Austenland, a period theme park that promises an immersive Austen experience. Tragedy strikes though when Jane realizes she bought the plebe package and her role at the resort is "orphan with no prospects" who is relegated to the servants' quarters. Way harsh, as another Austen-based character would say.

Like a true Jane, though, she takes control of her own destiny and is determined to find love. The film also features Jane Seymour as the haughty proprietor of Austenland, Jennifer Coolidge as a garish visitor to the resort (she purchased the premium package), J.J. Feild as Jane's stoic Darcy stand-in, and Bret McKenzie (Flight of the Conchords) as the cute stable boy. It might be fodder, but that's what some said about Jane Austen's novels a century ago, and yet here we are!

More like this
Letitia Wright's Aisha Encourages A Vital Conversation Around Immigration
By Maxine Harrison
Idris Elba & Tom Hollander Lead This Year’s Must-Watch Christmas Flick
By Maxine Harrison
These ‘Love Actually’ Plotlines Are “Out Of Date,” According To Director Richard Curtis
By Grace Wehniainen
This Iconic ‘Love Actually’ Scene Drove Alan Rickman “Insane”
By Grace Wehniainen
Get Even More From Bustle — Sign Up For The Newsletter