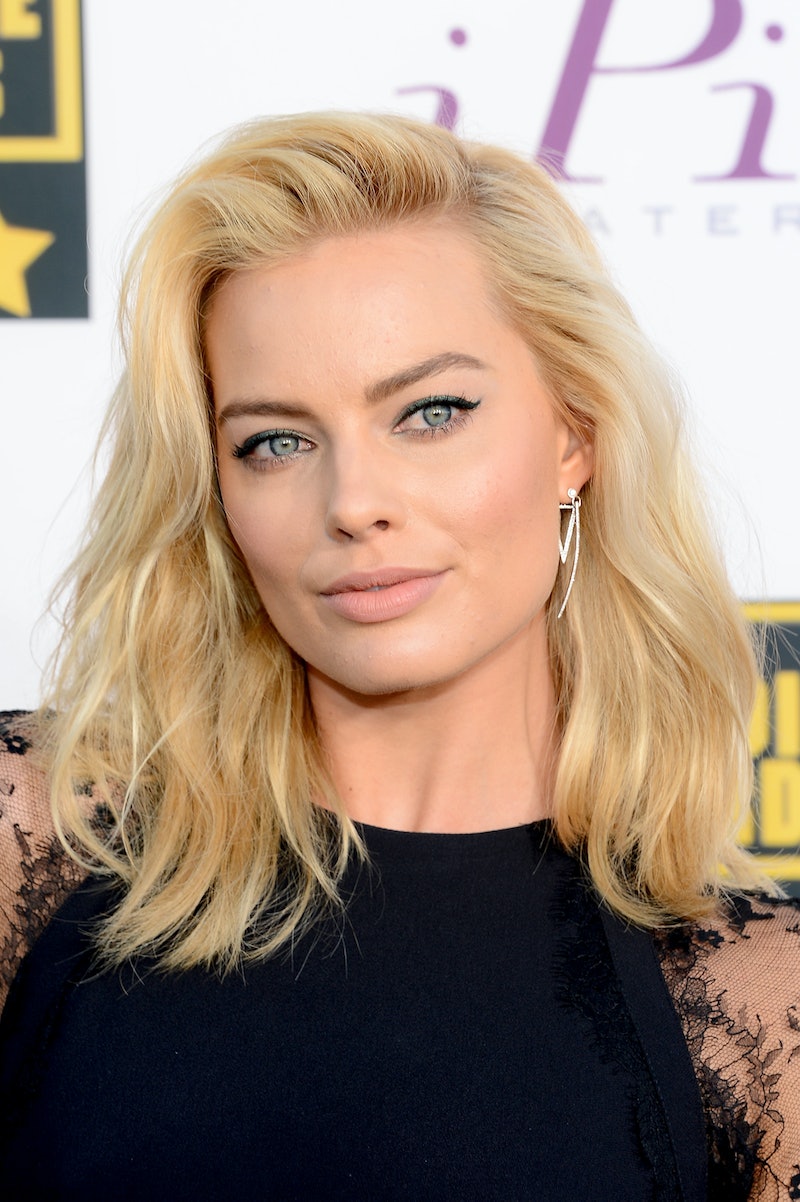 Usually, when we think of Tarzan as a movie, we think of the 1999 animated version with Tony Goldwyn and Minnie Driver as the voices of Tarzan and Jane. Now, our favorite tree-swinging jungle king got a whole lot sexier. On Tuesday, it was announced that Warner Bros. has officially started pre-production on a new 3D Tarzan movie, and will hit theaters on July 1, 2016. Whoa. Two years will create tons of buildup for this yet-to-be-titled film, especially since the lead female star is poised to become one of Hollywood's new favorite leading ladies by that time.

Alexander Skarsgard of True Blood fame will star as Tarzan, and we're naturally already wondering if there will be any loincloth-related promotional stills. The beautiful breakout star of The Wolf of Wall Street, Margot Robbie, will co-star as his love interest, Jane Porter, and Samuel L. Jackson and two-time Oscar winner Christoph Waltz will also star. David Yates will direct, who also directed the last four Harry Potter blockbusters, and Jerry Weintraub will produce.

“We have assembled a phenomenal international cast to tell this extraordinary story," says Greg Silverman, President of Creative Development at Warner Bros in a statement. "Warner Bros. has also enjoyed long and successful collaborations with both David Yates and Jerry Weintraub, and we look forward to seeing what they and the entire team have in store for this timeless tale."

Dan Fellman, President of Domestic Distribution at Warner Bros. also added, "This is a perfect entry for the summer movie season corridor, with a terrific combination of action, adventure, romance and suspense that is sure to appeal to a broad audience."

I think what he means is, "This is poised to be the blockbuster of the summer." It could very well be, since the cast is comprised of outstanding actors and a new spin on Tarzan could be refreshing. Tons of different animated and non-animated film and TV versions of the Tarzan story have been made over time, but this Tarzan film could not only be the definitive blockbuster of the summer in two years, but could also be the new standard of Tarzan films. Something tells us that with a seasoned cast and a possibly sexy, edgy and dark story, it could happen.