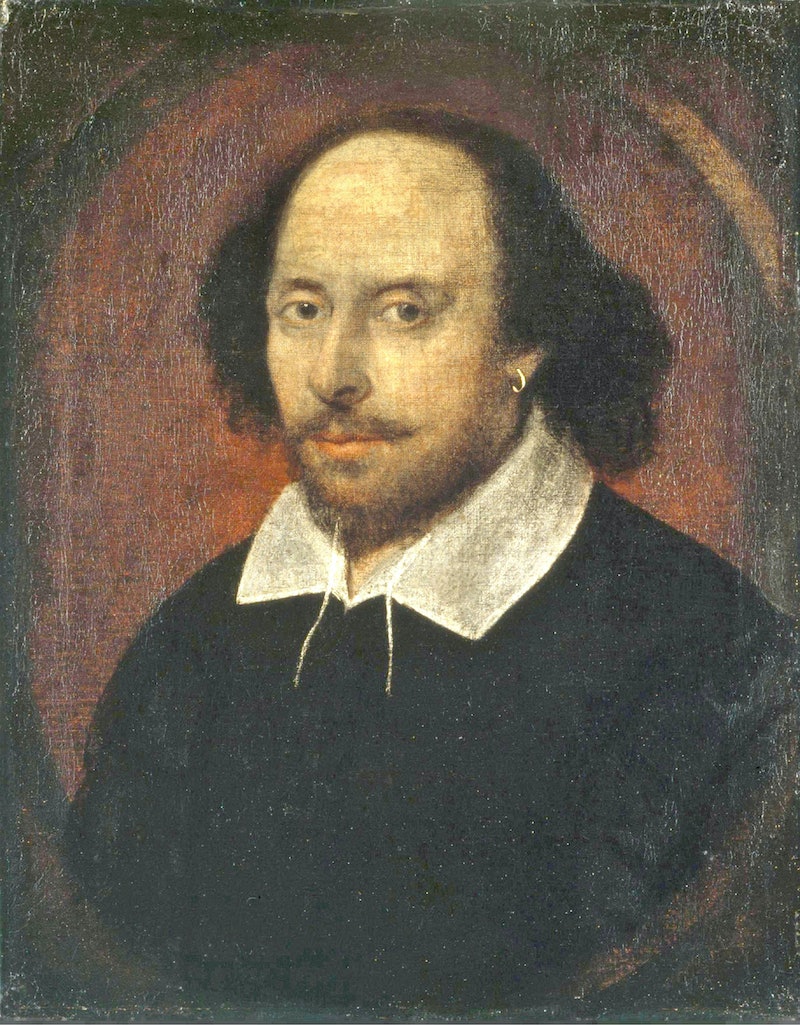 Have you always secretly wondered how Shakespeare would text? Don't be silly, of course you have. And the new keyboard app ShakeSpeak will give you a glimpse of exactly that.

The new app has been developed by predictive text app SwiftKey; developers analyzed Shakespeare's plays to come up with a language model that sounds suitably Elizabethan. If you begin by typing the first couple words of one of the bard's famous quotes, the Shakespeare texting app will fill in the rest. Otherwise, the app will just predict words to make your sentences long, fancy, and pretty much unintelligible — much like Shakespeare's plays, amirite? SwiftKey recommends users throw in a fair few "thou"s, "thee"s, and "what ho"s to complete the effect.

ShakesSpeak has been developed as part of the Fans of London tourism campaign, which is hosting a series of events across London this spring to celebrate the 400th anniversary of Shakespeare's death. All across the city will be exhibitions, performances, modern adaptations; one Shakespeare super-fan from Chicago was even flown all the way to London for an exclusive tour of the Globe, a chance to try on some seriously impressive costumes and perform on the stage, and a personal voice workshop with famous classical actor Simon Callow.

As if all that wasn't exciting enough, Shakespeare experts were recently been blown away when a First Folio was discovered on a Scottish island; only about 230 such editions are thought to exist, and they have sold for as high as £3.5 million (nearly $5 million.)

So, amongst all this Shakespeare buzz, I think your phone needs a serious revamp. Sadly, the ShakeSpeak app is Android only — but that's not going to stop me texting "To burrito or not to burrito" to all my friends.