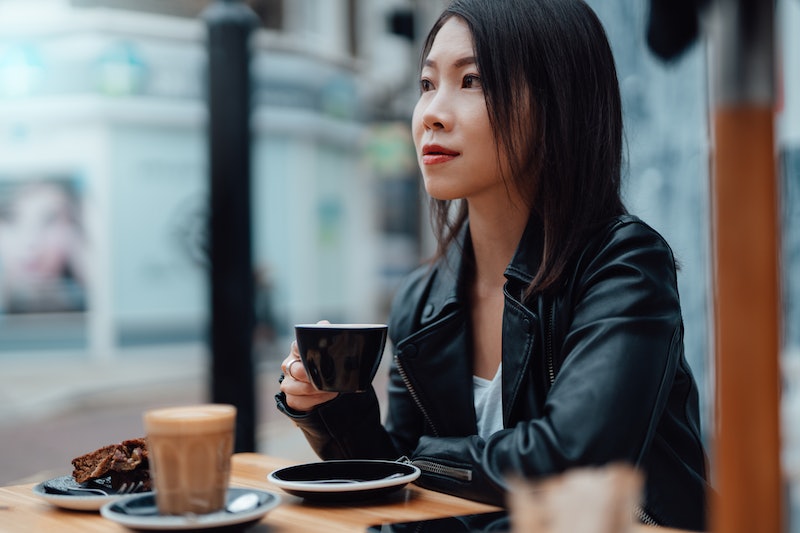 Saying what we really think or feel can sometimes feel impossible. We might be afraid we'll make someone mad or disappoint, or we might just hate conflict. But saying what you really mean in conversations is a super important life skill, and we shouldn't ever avoid it just because we're afraid of maybe not being liked.

I used to bottle up my thoughts and opinions at work, only to come home and unload to my roommates about what I thought were inefficiencies and poorly-conceived projects, or complain about something that annoyed me, like when a co-worker talked so loudly that I couldn't hear a client on the other end of the phone. My roommate would then invariably ask, "Did you say anything to try to fix it?" And my answer was always, "Well...no."

I felt like voicing a potentially contradictory opinion, or not seeming super positive and supportive all the time would brand me as a "negative" person, or maybe make me less likable.

Meanwhile, I started noticing that the people around me who did voice their authentic thoughts were generally totally well-received and respected for it, and in the long run I honestly think they were more successful because of it. This made me determined to break my natural inclination of keeping things to myself, and just be more open and direct with what I was thinking if I thought it could help a situation.

If you can relate to any of this, or are just getting tired of being too afraid to say what you really think, here are nine ways to be more assertive that will help you be heard.

According to psychologist Leon F. Seltzer in a piece for Psychology Today, it's important to be clear with what you want to articulate when saying what you think or when confronting another person. "Think of how you can non-attackingly best clarify your perspective to them, [and] in a way that’s neither self-righteous nor overly defensive," he wrote.

Seltzer also noted the importance of considering what is likely going on in the other person's head before you say what you need to say. Essentially, be mindful of their perspective on the situation as well. "Once you’ve learned how to mindfully stand up for yourself, you’ll find that you’ve greatly increased the odds that whatever you have to say will be better understood—and given more weight—than may ever have been the case previously," he wrote.

In another Psychology Today piece on ways to be more assertive, psychologist Craig Malkin said to use "I" as much as possible and to avoid the more accusatory sounding, "you." For example, he writes that instead of saying, "You never ask me how my day went," you could say, "I'm hurt that you haven't asked me how my day was. I'm feeling a little shut down," or even better, "I shut down when I'm not asked about my day." Malkin called this "advanced assertiveness," and noted that it helps others be more receptive to what you're saying.

4. Ask Yourself What You're So Afraid Of

In a piece for PsychCentral, psychologist John M. Grohol said to think about what you're afraid of when you hesitate to say what you're really thinking. Do you have conflict phobia? Are you afraid you won't be liked if you're not positive all the time? Once you isolate why you personally have a problem being assertive, you're more likely to be able to see that your worst fears aren't actually all that likely to happen.

5. Envision Yourself Saying It

A piece on EverydayFeminism.com stressed the importance of envisioning yourself saying something and how you will say it before you actually do it. Visualizing an encounter before it happens makes it less likely that you'll freeze up in the moment.

6. Don't Feel The Need To Be Formal

The Everyday Feminism piece also noted that saying what we think doesn't need to come across as overly-official or formal. We don't need to start with, "We need to talk," or "I have something important to say." Just start a conversation — it will feel way more comfortable for everyone involved, including yourself.

Grohol noted that if you're having any reservations about vocalizing what you're thinking, just remember that other people can't read your mind. You might think you're being clear, but until you actually say something you can't be sure your thoughts or message will ever be understood.

8. Prepare Yourself For All Outcomes

In a piece for FastCompany.com, business writer Gwen Morgan said you should prepare yourself for a variety of different outcomes when planning to say what you really mean. This way you won't be caught off guard or flustered in the event you don't get the reaction for which you're hoping and can continue articulating your thoughts.

And finally, Morgan stressed the importance of being prepared to listen to the other person. If you voice a strong opinion, or are about to potentially contradict what someone else thinks, there's a good chance they'll have a response. So prepare yourself for a conversation, not just a speech, and be open to what the other person might say.

Asserting ourselves and sharing what we really think can be really, really hard sometimes. Just remember that you're completely entitled to voice your opinion, and you'll likely be very glad that you did it.