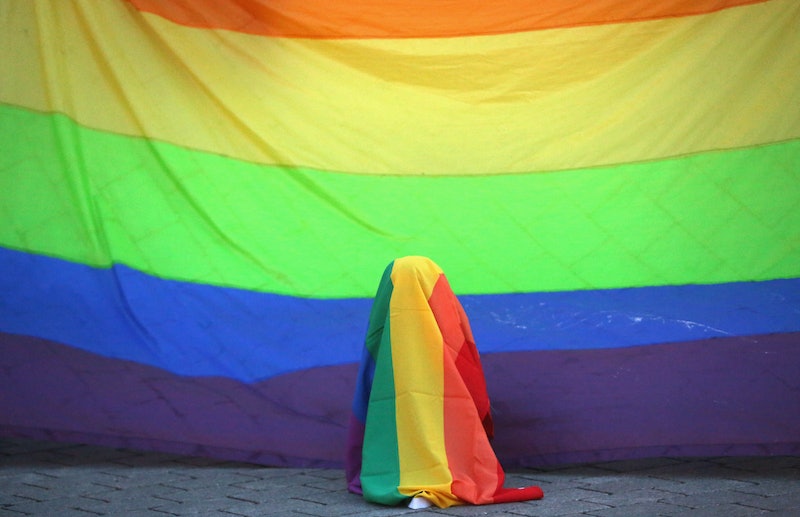 Last year, Avery Edison, a transgender woman and U.K.-born comedian, found herself at odds with Canadian immigration laws after overstaying her student visa. When she returned to Canada yesterday for a visit with her partner, Edison was detained at the airport on an immigration violation. She took to Twitter to share the experience with her 12,000+ followers.

According to her Tweets, immigration officials confiscated Edison's passport while they determined what to do with her. The officers said that she would be transferred to a women's facility in Milton, Ontario:

Just one hour after tweeting that she was headed to a jail for women, Edison announced that Canadian officials had changed their minds:

Avery Edison hasn't tweeted since last night. Her partner told the CBC that Edison spent the night in general population, but has since been "separated." After seeing the saga on Twitter, Edison's followers created the hashtag #FreeAvery to demand that she be treated with dignity and moved to a facility for women:

Avery Edison's story is not uncommon. Incarceration in a men's jail or prison is a very real concern for transgender women. Just in the past year, the stories of CeCe McDonald and Chelsea Manning have demonstrated that the corrections system is a very dangerous place for trans women no matter where you are. These women will likely be denied treatment for gender dysphoria and housed alongside male inmates. These factors make trans women significantly more likely to be targets of abuse while incarcerated.

As of now, we don't know what will happen to Avery Edison or when she will be allowed to go home. Even if Edison doesn't spend years in prison, forcing her to spend one night in a cell amongst male prisoners is extremely abusive. By refusing to recognize Avery Edison's gender, Canadian immigration officials have opened her up to trauma and violence that is both unnecessary and unacceptable.

More like this
Amanda Gorman Shared A Powerful Message On Meghan Markle’s Penultimate Podcast
By Darshita Goyal
The David Beckham Qatar Controversy, Explained
By Sophie McEvoy
Wimbledon Alters All-White Kit Rule Amid Candid Period Discussions
By Catharina Cheung and Rachel Mantock
Taylor Swift Reacts To The Ticketmaster Controversy After Twitter Outrage
By Jake Viswanath
Get Even More From Bustle — Sign Up For The Newsletter