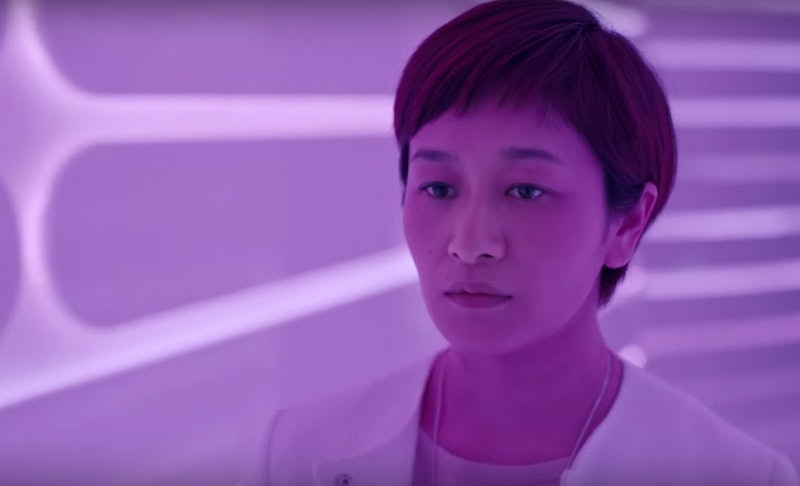 In China, the word “sheng nu” means “leftover women,” a term referring to women in their late-20s and older who are unmarried. In a video from skin-care company SK-II, Chinese women discuss what it’s like to be sheng nu, and talk about the intense pressure on women to marry in China. The heartbreaking video reveals how much social stigma is attached to being a “leftover woman,” and how much these women struggle to reconcile their families’ demands that they marry with their own desires.

The beginning of the video features parents’ statements to their unmarried daughters: “I won’t die in peace unless you’re married.” “Don’t be so free willed.” “You’re too picky.” One woman explains, “People think that in Chinese society, an unmarried woman is incomplete.” The term “sheng nu” first emerged as a descriptor for unmarried women in 2007. According to the BBC, at that time the Chinese government expressed concern over the gender imbalance in China; there are 20 million more men under the age of 30 in the country than women, a disparity attributed to the one-child policy, in which boys were often favored over girls. Because of the surplus of men compared to women, there is intense pressure for women to marry, not only from family, but also from the media, government, and public organizations. For example, in 2011, the All-China Women’s Federation published an essay titled “Leftover Women Do Not Deserve Our Sympathy,” in which it warned against women seeking higher education. “The tragedy is, they don't realize that as women age, they are worth less and less,” the writer remarked. “So by the time they get their MA or PhD, they are already old — like yellowed pearls.” (This and other similar entries urging “leftover women” to marry have since been deleted).

In the video, parents talk about their daughters and their desires for them to find husbands. “If she really can’t find the one,” one father remarks, “It will be a heart disease for me.” As the daughters discuss their lives, it becomes evident that, for many of them, being unmarried is a major source of tension, and even shame, for them with their parents. One woman tearfully explains, “In Chinese culture, respecting your parents is the most important quality. And not getting married is like the biggest sign of disrespect.” Another wonders whether she should marry to please her family, saying, “Maybe I should give up on someone I love for someone who’s suitable.” One thing that makes this video so painful to watch is that the parents and their children clearly love each other deeply; it's that very love — and their opposing ideas of what will make the daughters happy — that is the source of heartbreak.

At the end of the video, the women have the opportunity to give a message to their parents. One woman assures them, “Even if I’m alone, I will be happy, confident, and have a good life.” Another proposes an alternative to the term “leftover woman”: “Power woman.”