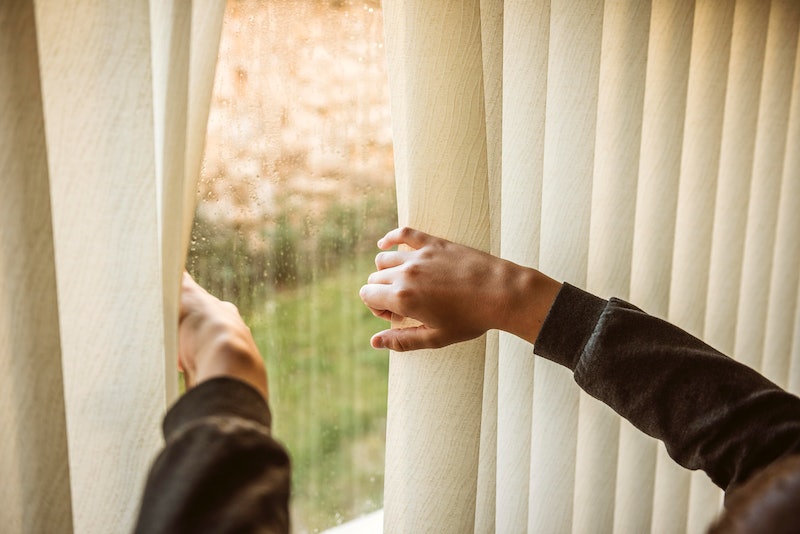 Agoraphobia is probably one of the most widely misunderstood disorders in popular culture. Although most people have heard the term before, there's a vast difference between familiarity and understanding. It's hard to miss the signs of agoraphobia, especially since it's famously characterized by panic attacks. If you're developing the condition, chances are you're intimately aware that something is wrong. However, agoraphobia is far more complex than most people realize, starting with the name itself.

Taken literally, the term means "fear of public spaces," but the disorder isn't like other, more traditionally-known phobias, such as arachnophobia or acrophobia. Rather, it's related to panic disorders; in fact, they appear together so often that agoraphobia used to be listed as a subset of panic disorders. People with agoraphobia are afraid of going out in public, but it's not the thought of interacting with people that terrifies them — that would be social anxiety disorder. Instead, people with agoraphobia avoid public spaces for fear of having a panic attack in a place without an escape route. This fear sometimes develops after experiencing a panic attack in the past; people with agoraphobia frequently avoid the areas where they've panicked before, in case they do so again. Needless to say, this fear can be cyclical — anxiety about panic attacks may cause a panic attack to occur, which just feeds future anxiety.

Let's take a look at five signs of agoraphobia below. As always, the internet is no place for official diagnoses, but if you find yourself identifying with many of the symptoms below, it may be time to talk to a psychologist.

People with agoraphobia have difficulty facing public spaces by themselves, and as a result, they may not feel comfortable going anywhere without a companion. Of course, there's a world of difference between regular anxiety and agoraphobia. It's normal to drag your BFF to a party with you, but if you can't face the grocery store without moral support, it may be an indication that something is wrong.

2. You're Always Looking For An Escape Route

Agoraphobia is characterized by a fear of being trapped during a panic attack, and as a result, people with the disorder are constantly looking for an escape route. If they can't anticipate one, intense anxiety develops.

According to Psych Central, people with agoraphobia experience intense fear at the thought of certain public spaces. Agoraphobia doesn't necessarily mean you're unable to leave the house, but it does mean that your fear of being trapped extends to multiple environments: standing in line, taking public transportation, going shopping, and so on. If someone with agoraphobia is forced into one of these situations, it elicits extreme distress.

4. You've Had Panic Attacks Before

As discussed above, agoraphobia sometimes develops after someone experiences a panic attack and fears having another one. However, recent changes to the DSM-V mean that you can be diagnosed with agoraphobia without a panic disorder.

5. Your Anxiety Sticks Around

Stress can make everyone anxious, but agoraphobia isn't simply the result of a rough few months at work. The symptoms of agoraphobia can't be willed away; in fact, the DSM-V requires that symptoms be present for at least six months before a diagnosis can be made. It's a difficult disorder to endure, but fortunately, there are a number of effective treatments out there once you know something is wrong.