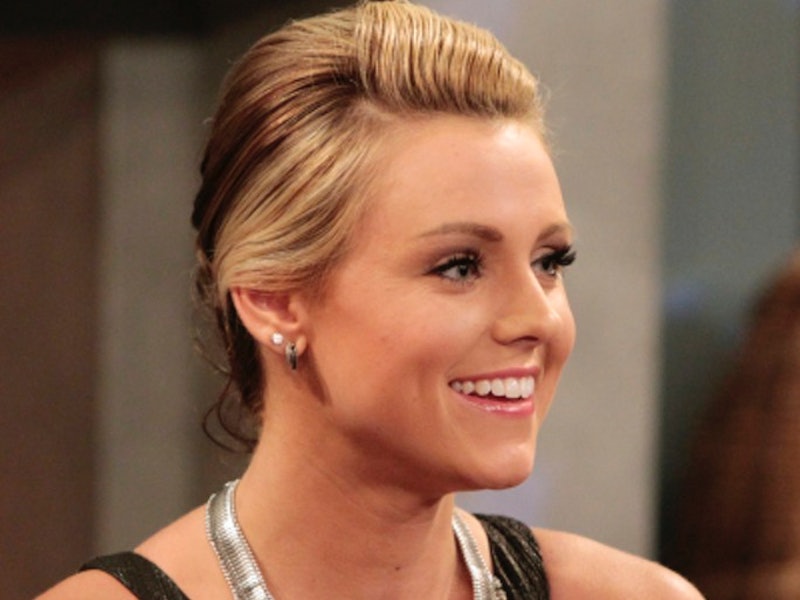 Well, here is some exciting news for a former star of The Bachelor. Ashley Salter welcomed her first child with fiancé Austin Brannen, she announced via Instagram Thursday with an adorable family photo. Alongside the picture, Salter wrote, "Long stormy night brings a beautiful angel this morning. Brooks Hartman Brannen 7lbs 2oz 4/7/16." Based on their smiles below, I think it's safe to say that these two are already in love with their baby boy.

After appearing on Chris Soules' season of the ABC reality dating competition and the second season of Bachelor in Paradise, Salter got engaged to Brannen in September 2015. And in February 2016 the former reality star announced she was pregnant at The Bachelor at 20: A Celebration of Love event. She told Chris Harrison, "Yah, this happened really fast."

Despite not winning her season of The Bachelor or walking away with a romance on BiP, it's clear that she's been winning a lot in life. From finding love with her Auburn University college sweetheart to getting engaged to becoming pregnant to welcoming her son, I think it's safe to say that Salter has experienced a lot of happiness in her life — and in such a short time. It might not be the final rose, but who cares.

Congrats to Salter on the exciting addition to her family!