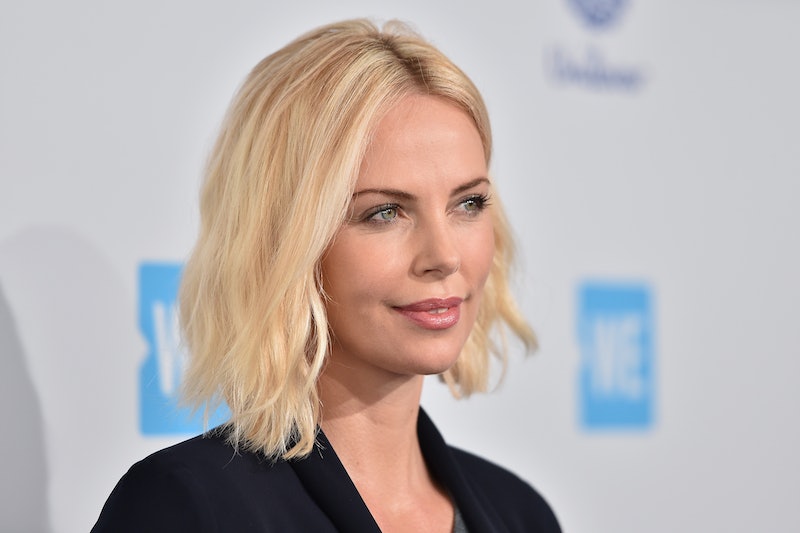 It looks like one of Hollywood's biggest stars, Charlize Theron, is about to join the Fast & Furious family. After months of rumors about the Mad Max: Fury Road actor potentially buckling her seatbelt in the newest installment of the Fast films, it wasn't until Thursday that the franchise confirmed Theron will indeed be starring in Fast 8. Production took to the franchise's Facebook page, posting a photo of the Oscar winner under a #F8 banner that enticed fans with the caption: "Our crew will face its greatest adversary ever in our next film as we welcome Charlize Theron to the Fast family. 4.14.17. #F8." But, with the news confirmed, who will Theron be playing in Fast 8?!?

Though not much has been said about the newest film, reports have stated that Theron will take on a villainous role — so this can only mean that she will be going head-to-head with the infamous protagonists of the franchise, Vin Diesel, Dwayne Johnson, Tyrese Gibson and Michelle Rodriguez.

But who knows? Could Theron even be another Shaw sibling? Taking into consideration that the past films have focused on the real and extended family Dom (Diesel) has manufactured over the years, it would make perfect sense for their enemies to continue to be family members.

That wasn't the only good news fans of the Fast franchise received today. Fast family patriarch Diesel also revealed on his personal Instagram account that the franchise will be getting not one, but two more films in the coming years:

This raises even more questions. Does this mean Theron will be signed on for a trilogy too?! Let's hope so! It's clear that Theron only elevates the films that she has starred in, going back to the beginning of her career when she starred alongside Keanu Reeves and Al Pacino in the 1997 film The Devil's Advocate — and considering her previous work as a mass serial killer in Monster, this is definitely a step in the right direction for Theron.

Though I'm hoping we'll get more info on Theron's character as production begins, we'll know for sure when Fast 8 hits theaters in April 2017.