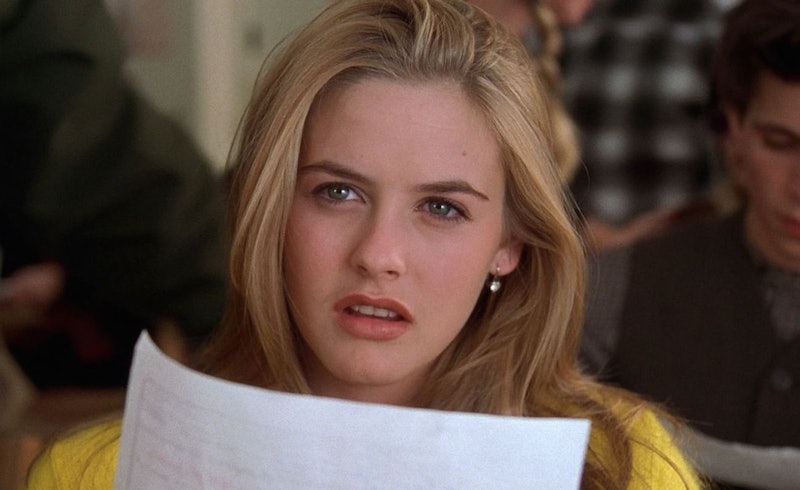 The '90s, in many ways, were the golden era of entertainment — or at least, they were for many television and movie characters. More than a decade later, and we are still quoting lines from the now-iconic characters, and rebooting old shows and movies from those years. They never quite lost their appeal when it came to audiences, and the proof is in this new resurgence. When you were a child, you didn't just watch these shows and movies, you basically studied them. Chances are there were a few '90s characters you pretended to be when you were a child.

Which makes complete sense, because there was such a varied array of characters present in each show and film. From the child scientists to the teenage witches, it seemed like there was not a single trend you could spot among them. The only focus may have been to create quality programming and movies for people to watch. Even so, there are a few that were a cut above the rest. Not all were worthy of imitation, but for the ones that were, it could divide relationships. There were many arguments with friends in the '90s about who would get to be DJ and who had to play Michelle. That's how deep the loyalty ran for these characters.

So take a look and reminisce over the characters you pretended to be.

1. Clarissa Darling, Clarissa Explains It All

There isn't a list out there about '90s television shows that doesn't mention the character of Clarissa Darling. She was the cool, fun, hip girl you dreamed you would one day grow up to be.

Who didn't want to slay vampires? This was one of the most fun characters to pretend to be, because then you could enlist your enemies to play the vampires. Buffy was the ultimate goals in the '90s.

Felicity was the exact opposite of Buffy, but still strong in her own right. Of course, it didn't hurt to pretend that you had the two hottest guys in school fawning all over you.

You would probably be lying if you said you didn't once try to emulate her effortless swagger.

Again, she was the ultimate character to imitate from Full House. She was the sweet, loving older sister who always seemed to be having the most fun, and dating the cutest guys.

Of course, the leader of the Rugrats crew has to be on the list. Tommy was fearless and knew exactly what he wanted, even if he was still in diapers. Pretending to be Tommy is probably how you convinced your friends to go along with your crazy ideas.

Obviously, when someone else had already called dibs on Tommy, the second best choice was Angelica. Also someone who knew what she wanted, even if she went about it in completely terrible ways.

I still pretend to be Topanga Lawrence, honestly. This girl had beauty, brains, and a life plan before she had even graduated high school. She had it on lock, and everybody knew it.

Being able to magically make anything happen for you was every girls' dream. I also would have just settled for riding off into the sunset with Harvey, but magic works too.

On the surface, it may seem like Alex got the short stick in life, with having to turn into a pile of sludge on the regular and what not. But, she was the ultimate heroine in my eyes, because she used her situation to her benefit and to help people.

It was just fun to see how many times you could say the words "like" and "totally" in a sentence. Also, she had an impeccable fashion sense that I still model my wardrobe after these days.

No one had more pizazz or confidence than Kat Stratford of 10 Things I Hate About You. This girl knew a thing or two about taking life by the horns, and it was always fun to pretend to be her.

Let's be honest, you're probably still channeling some of those iconic characters to this day. When I need a little bit of confidence, I just think, what would Kat Stratford do, and there is probably someone on this list you could say the same about. It just doesn't get better than the angst and excitement that was wrapped up in 90's television and movie characters.