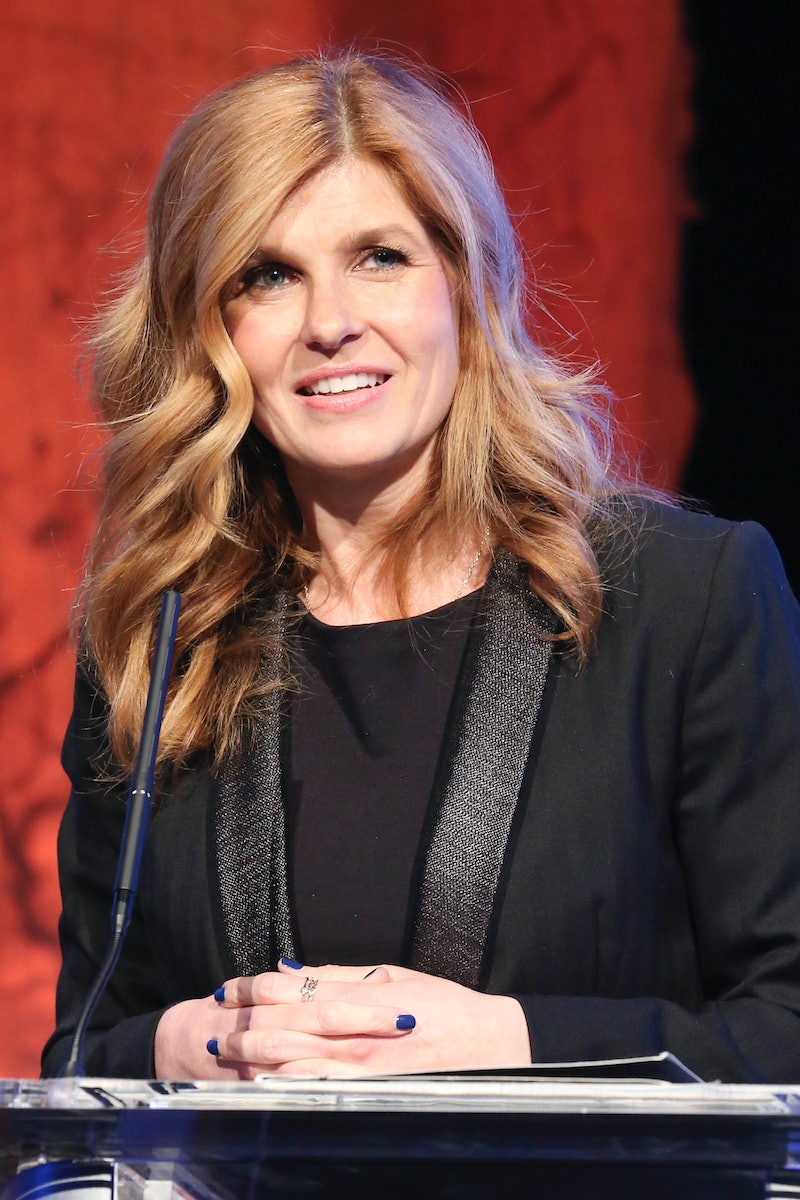 Don't do this, Connie. Don't do this to us, who depend on you to keep fighting for all that is just and good in the lengthy fight for a Friday Night Lights movie. You've been a cheerleader for it the whole time — and a better one than Lyla Garrity ever was, in fact. You even said you have "blackmail information" for the cast to make the movie happen. FNL creator Peter Berg said a movie isn't a good idea and "probably isn't going to happen," and it looks like he had the final say in the matter, because Connie Britton, our fearless Tami Taylor herself, just told us to give up all hope and "move on."

When Britton appeared at the Savannah College of Art and Design's aTVfest in Atlanta, where she received the Icon Award, she was asked what was going on with the FNL movie — and her answer literally drove a knife through my heart.

Everybody needs to stop asking about that movie ... I feel like I get misquoted on it all the time. It has turned into this ridiculous thing. I really don't think it's gonna happen and that's Pete Berg's decision, and I think that's where the decision had to came from. We all just have to move on. We all loved Friday Night Lights, and were all going to move on.

Move on? Move on? Did Connie basically just tell us to "stop making fetch happen?" Did someone tell her to stop talking about the movie? Is Pete Berg a total grinch? I just refuse to believe that she's given up all hope of the movie and doesn't think it's a "ridiculous thing." Tami Taylor does not give up that easily.

But I love her, and respect her. So I'll try to "move on." I really don't think it's going to be that easy, but I'll try.

Connie, our hearts are fragile right now, and truthfully, we really can't handle this news delivered so frankly. It is a truth universally acknowledged that Coach Taylor's wife is a no-nonsense woman, but I just need some alone time right now, okay? I have something in my eye...