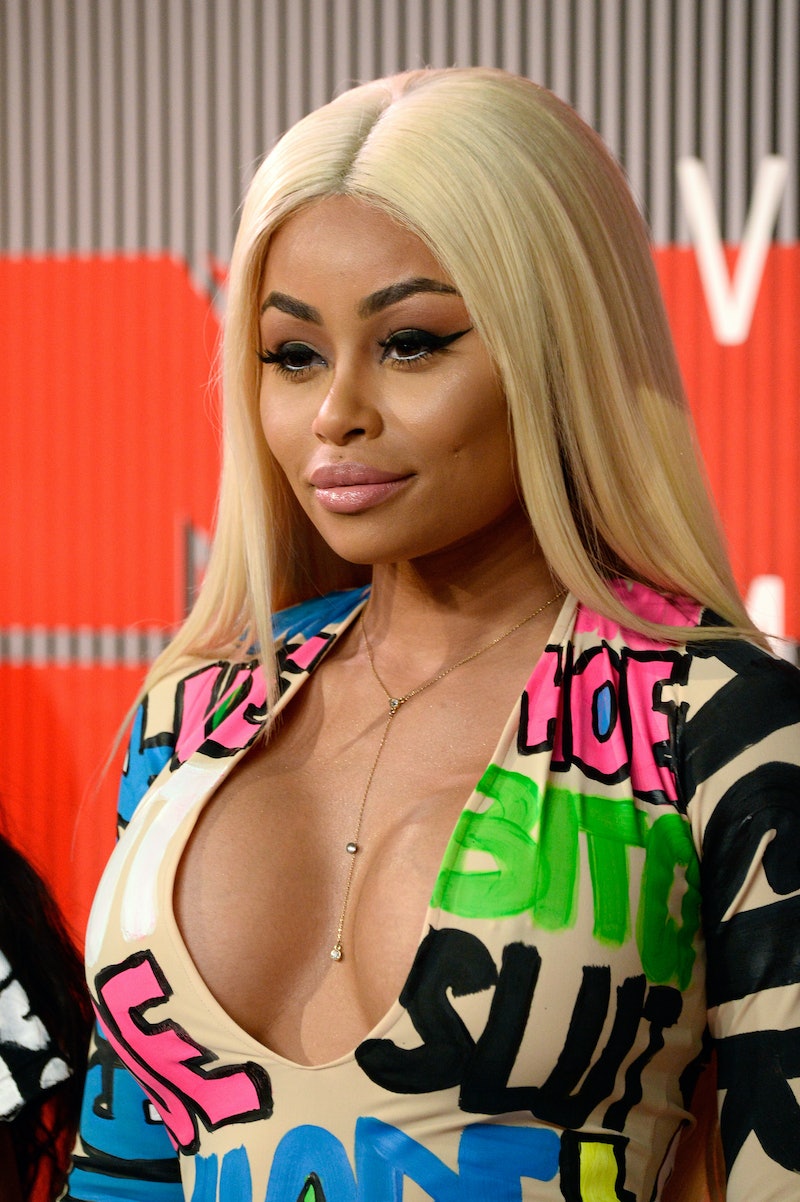 Recently, Blac Chyna and Rob Kardashian got engaged, and soon after Blac Chyna's rep confirmed that she wants to become Angela Kardashian. (Chyna's real name is Angela White.) And I say, more power to her; it's her choice. But her decision here is so much more than sharing a name with her future husband. The Kardashian name is inherently tied to business, and I honestly don't think it's a bad thing if that's what she based her decision on. I think it's smart.

Let's get something out of the way here. I am, by no means, suggesting that there is a right or wrong way to be a wife, husband, or significant other. Case in point, I am single AF at the moment, but I don't think if I get married I'll take my future yet-to-be-found husband's last name. I like that my name is an alliteration, I think my first and last name flow pretty well together, and I've practiced the signature for this name for autographs a stupid amount of times. Jokes aside, there are countless arguments that can be had for either keeping one's maiden name or not, and I think it is always about preference and what works for you, personally.

Of course, Chyna's last name decision is a special case, as most things are when it comes to the Kardashians. The Kardashian name isn't just a name, it's a brand. And people who don't legally have the last name are still considered unofficial Kardashians. I mean, hello: Kris, Caitlyn, Kendall, and Kylie have been stars of a show that has effectively ignored the fact that their name is Jenner for the past nine years. But that's the thing. It's nothing personal. It's, once again, about the brand.

That brand extends to the Kardashian-free names of Scott Disick, Lamar Odom, and Kanye West, as well. While these men have obviously kept their given monikers in spite of their entanglement in the family, like the Jenners, they too have become Kardashian adjacent. It's like Pippa Middleton in relation to the royal family. While she's not technically royal, she is by association, and in many instances, we categorize her as such.

What does this all mean? Well, perhaps becoming involved with the Kardashian family has made all those who aren't legitimate Kardashians lose just a bit of their individual agency — though one could argue that the ends justify the means. Sure, there won't be a day that I think of these men, or Kendall and Kylie, or Kris or Caitlyn, without it being in relation to the four Kardashian kids, but the name has taken them to new heights of fame and fortune, where they probably wouldn't have been without it.

Which brings me back to Blac Chyna. She hasn't been afforded the same opportunity to become an unofficial Kardashian as the rest of this lot has. From the start of her and Rob's rapid relationship, she's been seen as an interloper by not only the public, but if rumors would have it, the Kardashian family itself. It's just that in some ways, the Kardashian family feels already established. We're well acquainted with these various characters and welcoming in someone new feels, well, kinda weird. Not to mention, her tie-in to the family before dating Rob set things up to be rocky, as she is the mother of Kylie's boyfriend Tyga's child. If she and Rob do end up walking down the aisle, her claim of the Kardashian name isn't just following a tradition; what it does, essentially, is make a statement. For better or worse, Angela Kardashian will be a Kardashian, whether anyone likes it or not.

Blac Chyna taking the Kardashian name is her inserting herself into the equation. It's her tie to the brand. If she and Rob ever get divorced, her last name will remain Kardashian as long as she wants it to. And thus, she will still reap the benefits. Honestly, it's nothing Disick, West, or Odom haven't done indirectly. They were simply given a courtesy she wasn't and probably won't be given by being adopted by the family and the fans seamlessly. At this point, they should be following Chyna's lead and hitching a ride to the DMV to change their last names to Kardashian, too. Every person associated with the Kardashian family benefits from that name. Blac Chyna is just the only one who is going to make if official.

More like this
Kim Kardashian & Pete Davidson’s Reported Breakup Has Twitter Running Wild
By Brad Witter
Kim Kardashian & Pete Davidson’s Relationship Timeline From Start To Finish
By Jordyn Tilchen and Bustle Editors
Who Is Bad Bunny Dating? Gabriela Berlingeri's Vocals Are Featured On His Song "En Casita"
By Radhika Menon
Dane Cook Is Engaged To Kelsi Taylor After Dating For 5 Years
By Danielle Jackson and Radhika Menon
Get Even More From Bustle — Sign Up For The Newsletter