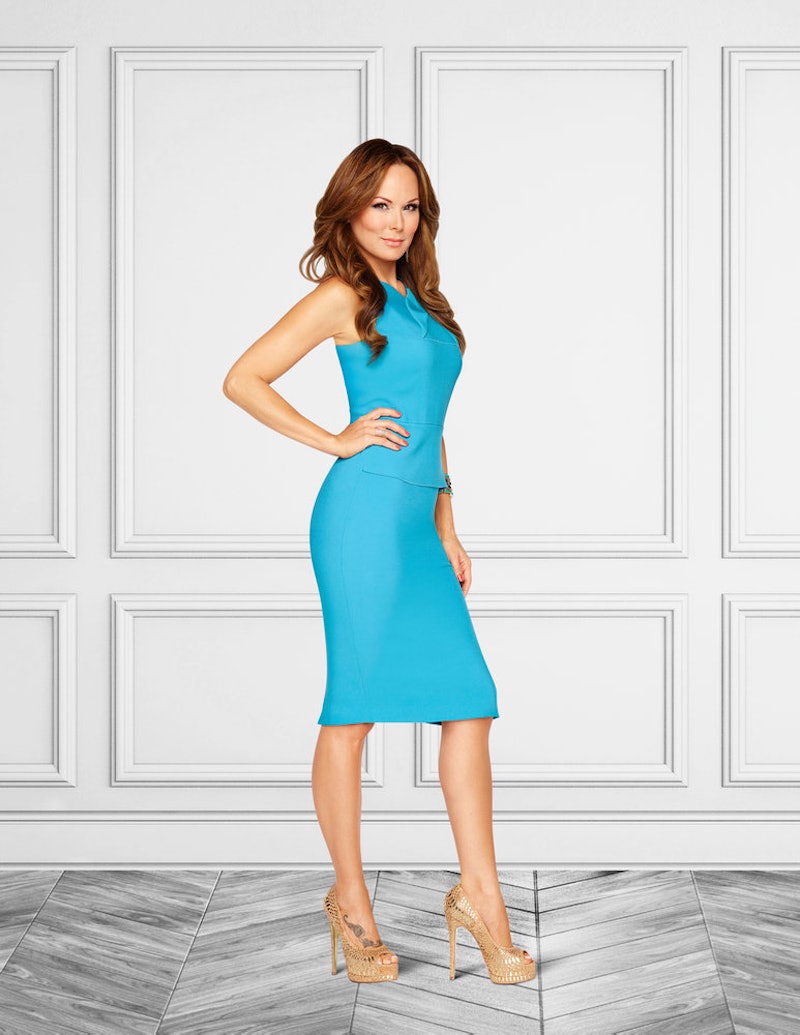 Her Bravo bio reports that Hendra has been in the TV business for 15 years as an actress and TV host, and she is a model to boot (unsurprising, since many Real Housewives have boasted that career). According to IMDB, Hendra's career in television began back in 1994 on an installment of the popular television series Walker, Texas Ranger. Between then and 2016, Tiffany Hendra appeared in a number of other projects, primarily in smaller roles introducing larger segments or personalities. The model/performer has jumped from network tv to smaller cable projects, now ending up firmly amongst the programming schedule at Bravo. But, before you watch her on RHOD, here's a look at her other projects.

Tiffany Hendra, at the time known as Tiffany Bolton, took one of her earliest gigs as a member of Spy TV as "Agent Bolton." Hendra was among many cast members on the hidden camera show, including comedian Micheal Ian Black, and served as a member of the cast who also served occasionally as a co-host for the proceedings, as the Spy TV surveillance van made its way across America in 27 episodes.

At the beginning of the geek-takeover of culture, knowing a lot about specific pieces of media was a special skill and not just a larger cultural experience that everyone shares. Superfans were the subject of the Comedy Central game show Beat The Geeks, in which regular people went up against well renowned pop-culture geeks to answer various trivia questions. Hendra, then Bolton, served as a co-host occasionally over the course of its two seasons. The show didn't last long, but may just have been ahead of its time.

There aren't many clips of Hendra's biggest role as Cooper Snow in Black Tie Nights online, but even if there were it would be risky sharing it as it's one of Cinemax's adult former series meant to entertain and arouse late night audiences. Hendra recently spoke to The Real Mr. Housewife about acting in the supposedly "adult" series and said that "So what I showed my t*ts and had love scenes, but what actress hasn’t? I did that series before I was married and it’s part of my journey. I own it."

While many actresses may have tried to bury that kind of appearance, Hendra does not step away from her past or allow them to cause her shame — which may be why being herself is proving to be her best role yet.

Not everyone can make it in show business. For every Amy Adams, there are thousands of women who don't make it to the big screen, and many of them did far far worse in show business than Hendra. What she may lack in previous roles, she makes up for in an ability to take what she's built, and use it to create her own legacy. Hendra's return to the small screen will be on the series premiere of Real Housewives of Dallas, on April 11 at 10 p.m. ET. You won't want to miss is.