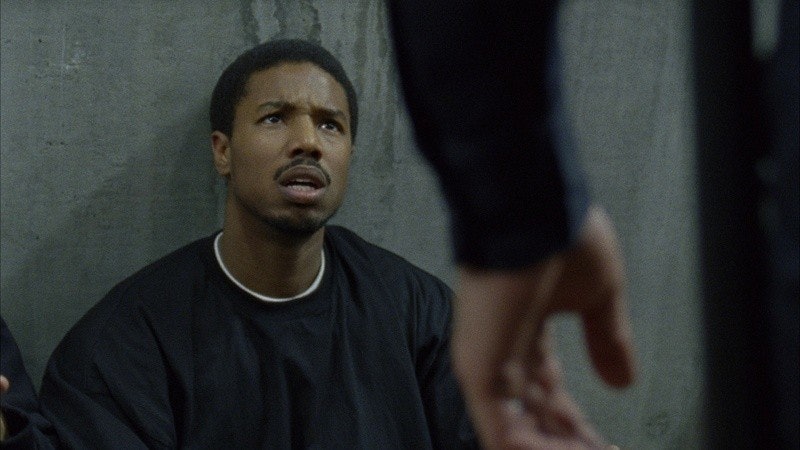 On New Year's Day in 2009, Oscar Grant was fatally shot by a police officer after reports of an altercation on the San Francisco BART. On Friday July 12, director Ryan Coogler is premiering a film based on the event. Called Fruitvale Station for where the shooting occurred, critics are already hailing Michael B. Jordan's performance as one of the best and most complex of the year.

Witnesses captured the shooting of Grant that January four years ago on their cellphones, and Coogler begins Fruitvale Station with cellphone video footage of the altercation. However, Fruitvale Station is not a story about the aftermath of the shooting, which was marked by both riots and peaceful protests and a high-profile trial of the officer who shot Grant, but is instead a look back at the last day of Grant's life.

Grant, only 22, was unarmed when shot. His death was and still remains a glaring reminder of the racial tensions between police and young people of color. Coogler noted that he himself felt “angry, frustrated, scared, and more than anything filled with questions as to how this could happen," and chose to focus on the events of the last day of Grant's life, not in an effort to make him a martyr, but to expose his humanity.

Fruitvale Station premieres on Friday July 12. It won the US Grand Jury Prize at this year's Cannes Film Festival.