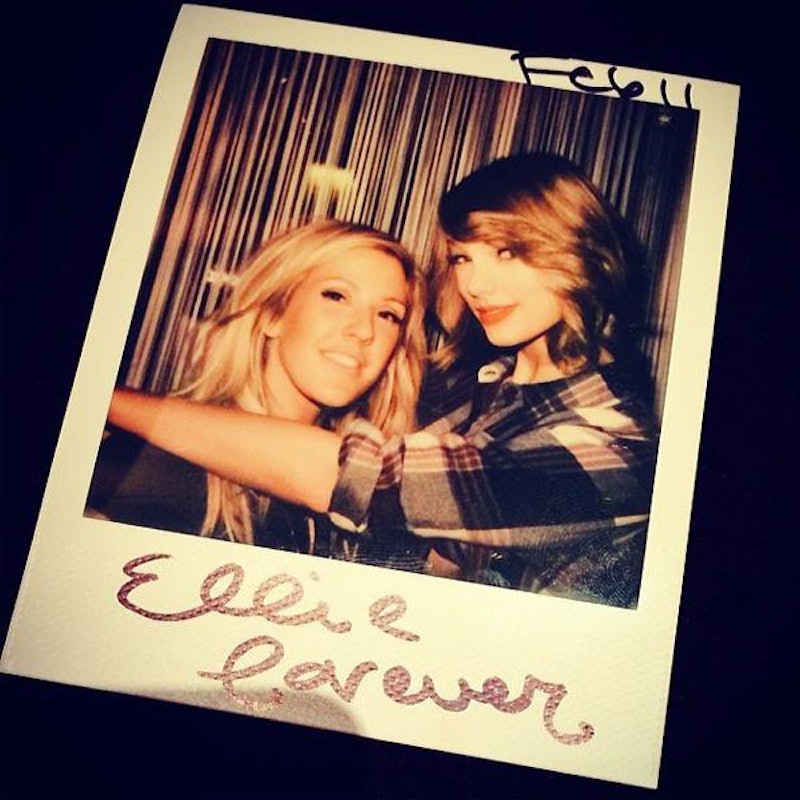 From her love life to her sold-out tours to her red carpet looks, Taylor Swift never fails to keep her image updated. In the video she posted on Instagram showing off her stunning new shoulder-length bob, we can hear her saying, "This is how many people are watching me get a haircut right now...We don't do anything without an audience, do we?"

English singer Ellie Goulding made a surprise appearance at the final date of Swift's UK tour Tuesday night in the London 02 Arena. Alongside the haircut reveal pic with Goulding backstage, Taylor wrote, "London, I could never thank you enough. See you next time! P.S. short hair, don't care. (!!!)." Now, Taylor. We know how much you loved whipping your long hair back and forth at the Grammy's.

Eye-witness Cara Delevingne posted a photo on Instagram of Swift in the middle of the cut. And the crowd.

So what inspired Taylor's new do? It's not hard to notice her even closer resemblance to Fashion Week veteran Karlie Kloss, who Swift performed with in the 2013 Victoria's Secret Fashion Show. The two seem to have become fast friends. Swift mentioned in the February 2012 issue of Vogue "I love Karlie Kloss! I want to bake cookies with her!" And after they worked the runway together, Kloss stated,

"We met at the show, we never met before but we’re BFFs now. It’s nice to meet another American girl, we’re the same age and she’s so inspiring — she’s so talented and she’s true to who she is. She’s a cool girl and I’m glad she’s in the show this year, she rocked it.”

Their short hair styles prove that long locks aren't the only way to achieve that innocent seductive look. Maybe we should all start being more bold like T-Swift—minus the haircut parties.