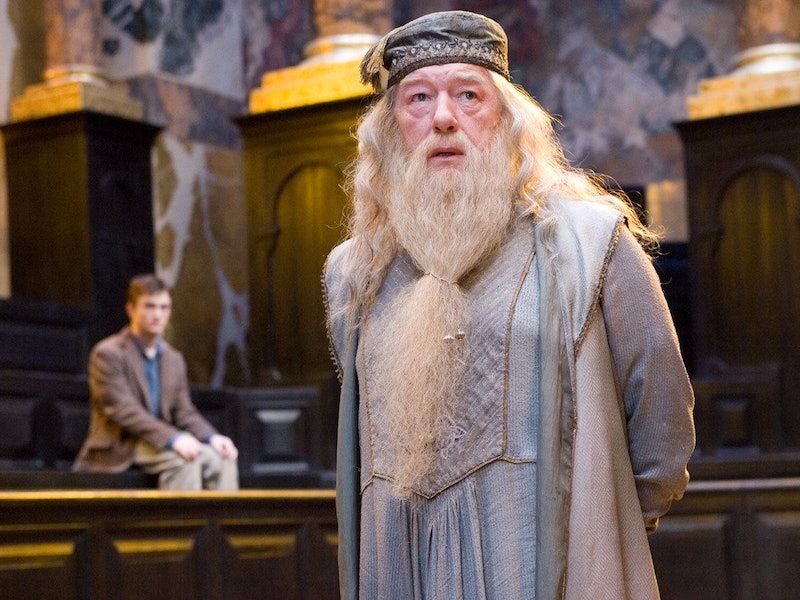 The Fantastic Beasts and Where to Find Them trailer dropped Sunday night during the 2016 MTV Movie Awards, and Harry Potter fans have never been so excited. The prequel movie to the legendary book and subsequent film series comes out in November, but the trailer already has everyone's mind-gears turning with questions. For instance, if the movie focuses on former Hogwarts student Newt Scamander (Eddie Redmayne), will Dumbledore be in Fantastic Beasts and Where to Find Them ? So far, the IMDB cast list doesn't include anyone playing Albus Dumbledore, but I wouldn't rule out the future Hogwarts headmaster making an appearance in the film.

After all, Fantastic Beasts takes place decades before Harry, Hermione, and Ron walk through those hallowed halls at the wizard school and follows Scamander to New York City. Considering the character's future textbook will be used as required reading at Hogwarts way, way in the future, I'd bet good ol' Dumbledore will one day make an appearance in the planned trilogy, if he doesn't already have a secret cameo in this first film. Michael Gambon, who replaced actor Richard Harris as Dumbledore in the Harry Potter films , is behind the idea of Dumbledore returning in the latest installment of the Harry Potter universe. "They've got a Dumbledore. They'll have a young Dumbledore, won't they?" he told the UK publication Express . "But I could be his dad. They could flashback to me."

That's definitely a possibility. Newt was actually expelled from Hogwarts, and Dumbledore was the one professor that argued against it. That would mean that maybe these two share a particular bond. Perhaps Newt can call up Dumbledore for advice when things don't go according to plan in NYC? Or maybe Newt heads to his Hogwarts reunion at some point and shares what he's learned about monsters and witches with his old professor? Or perhaps Dumbledore appears as a spectre to Newt? Because it's the Harry Potter world, the possibilities are truly endless.

I guess fans will have to wait until November to see how it all plays out.