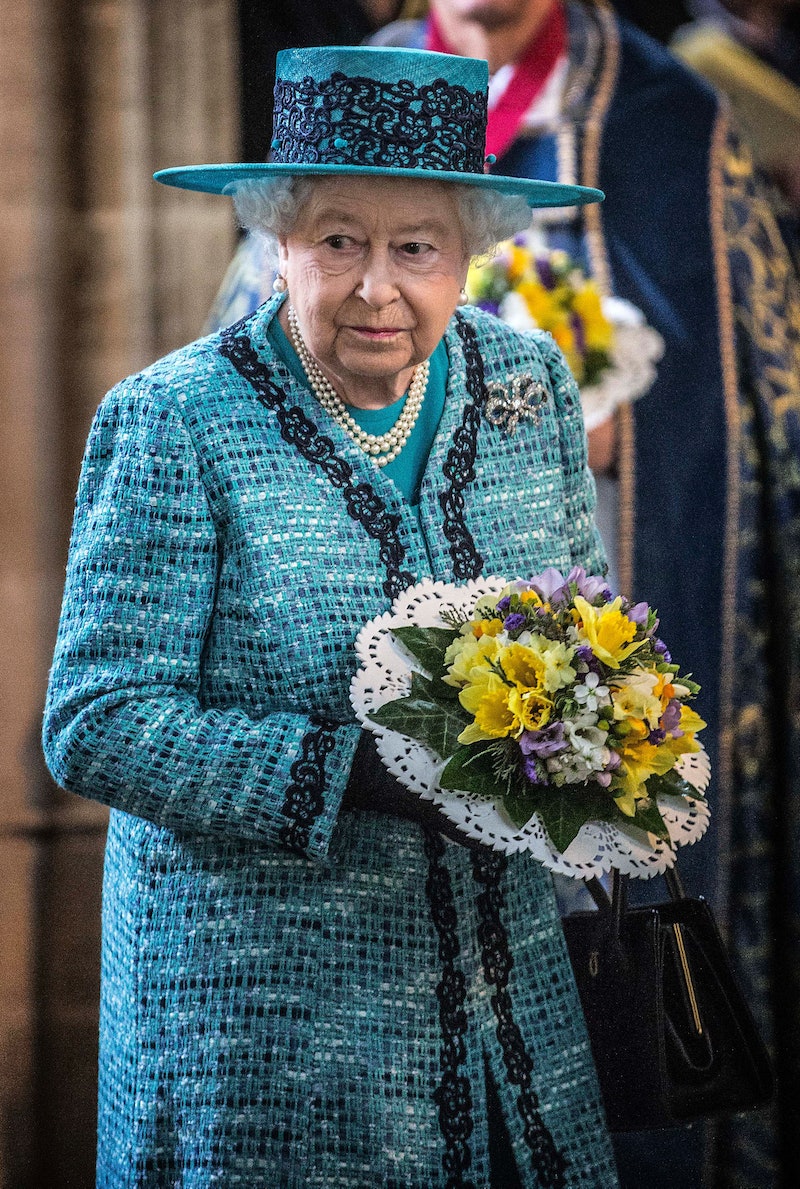 So in case you were feeling like, you know, down or blue about your lack of accolades and accomplishments, here is a fun game that will really not boost your mood at all: An interactive timeline that shows what Queen Elizabeth II was doing at your age. Because nothing feels better than realizing that someone was a mother of two and soon-to-be leader of a super power at the same age you are now, as you drip avocado toast on yourself and tromp around your apartment sans pants because, um, that's literally the number one benefit of working from home.

Created in honor of HRH's 90th birthday (HRH = Her Royal Highness. Do you feel British now or what?), the site Keeping Up With Queen charts Queen Elizabeth's accomplishments along with her age and year. Simply enter your age and TA-DA! A cool thing that Elizabeth did that at that age will appear. Spoiler: That thing is inevitably bigger than anything you will ever do.

Queen Elizabeth, who has been on the throne since 1952, is currently Queen of the United Kingdom, Canada, New Zealand and Australia. She's the world's longest reigning monarch and the longest reigning queen in history. She's also very good at wearing hats. And owning Corgis.

Ready to see how you match up?

At 13, I also became a teenager and I also started high school. But I was also wearing bifocals and clear braces and had zero chance of ever having enough courage to become romantic pen pals. With a CUTE BOY?

Right, yeah, me also — I, too, have launched 1,000 ships. Well, I have not, but Helen of Troy definitely did. Very rad, Elizabeth. Very rad.

The idea of being engaged at 21 is laughable to me. I was still drunk-texting ex-hookups from college and living exclusively off Chipotle and frozen meals from Trader Joe's while trying to figure out what an invoice was, since that was you know my "job." The invoice stuff, not the Chipotle stuff.

Oh, and here's Elizabeth pledging herself and being generally elegant and put together blah blah.

Oy. This is my age. She has two children. TWO. DIFFERENT. CHILDREN. Born at different times! I can't even keep a cactus properly maintained!

So, OK, here's the thing: by the time she was 30, Elizabeth had had two children and been on the throne of one of the world's most powerful countries for four years. Her coronation was televised and watched by more than 20 million people. So, like... yeah. By 30, she was straight chillin' and casually dining with supremely famous and powerful people over some tea sandwiches. Because she had earned the right.

For more, check out Keeping Up With The Queen.

Images: Keeping Up With The Queen (5)