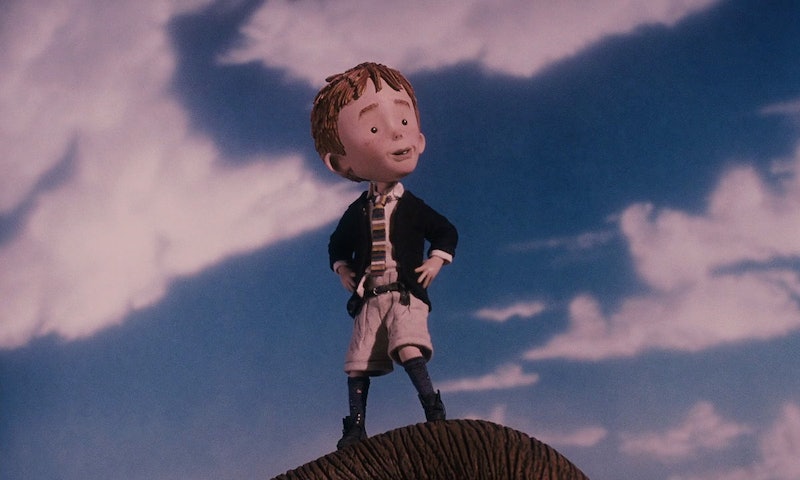 It's been 20 years since Disney released James and the Giant Peach, and even though I'm all grown up now, I am still excited for the new adaptation of The BFG that comes out this summer. What is it about Roald Dahl adaptations that make such great children's movies? These movies have spanned decades, and there's something magical about his writing that always clicks on screen.

As a kid, I devoured Roald Dahl's books — from The Twits and James and the Giant Peach all the way to The Wonderful Story of Henry Sugar And Six More, a collection of short stories. Honestly, I think one of the things that makes these stories stick with children is that they don't sugar coat (no pun intended, honestly) life's tragedies. Roald Dahl books don't speak down to children. They're scary. They're gross. Their protagonists are often deeply sad. Plus, the stories have a dark sense of humor. Roald Dahl doesn't reach for the lowest common denominator, ever, and I think younger audiences appreciate that.

Roald Dahl books and movies challenge kids to be mature without necessarily growing up. So much so, that sometimes thinking about his characters as an adult is baffling. I mean honestly, whether you prefer Johnny Depp or Gene Wilder, you have to admit that Willy Wonka is pretty creepy and dangerous for a beloved children's character.

Even Matilda, which took Dahl's story and set it in the United States rather than England, is a fantastic and otherwise faithful adaptation that teaches children the value of being heard and embracing their gifts. These movies are often about children triumphing over grown-ups or injustice in general, too, which I think also resonates with a children's audience from an aspirational point. The protagonists in Roald Dahl movies are heroes, but often for small and relatable reasons — rather than saving the world, for example.

They're also just incredibly visual, cinematic, and timeless. Whether it's a chocolate factory whose rooms are all stranger than the next, or a giant peach soaring through the sky, Roald Dahl's stories lend themselves very easily to the screen. They also attract vastly different filmmakers. Tim Burton and Wes Anderson are practically on opposite sides of the spectrum, and yet they have both directed a Roald Dahl adaptation (2005's Charlie and The Chocolate Factory and The Fantastic Mr. Fox, respectfully).

Not to mention Chitty Chitty Bang Bang, for which Dahl wrote the screenplay. Now, Steven Spielberg is tackling The BFG with his own directorial style. Like James and the Giant Peach and other adaptations before it, there's a pretty good chance that Roald Dahl's words will enchant and intrigue audiences yet again.