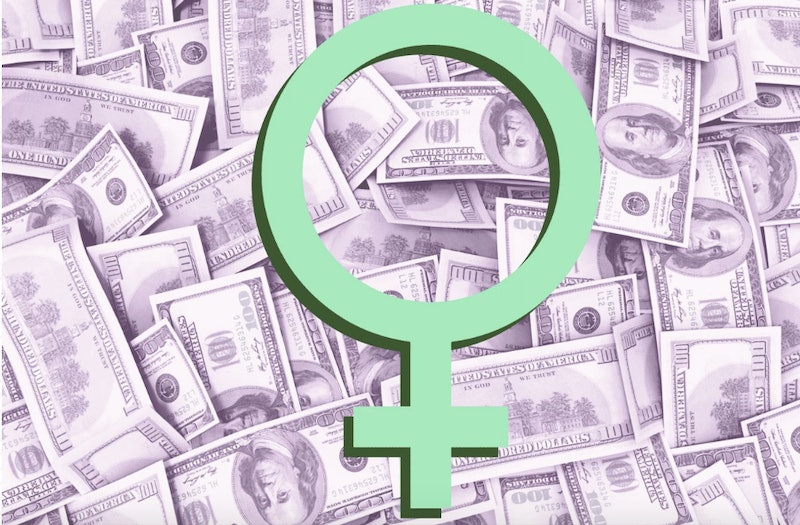 Tuesday marks Equal Pay Day, a national holiday that was established in 1996 by the National Committee on Pay Equity (NCPE) to raise awareness for income inequality between men and women. The goal is to end pay discrimination based on gender, while encouraging equal pay for equal work. In honor of the event, President Obama will designate a new national monument for women — the soon-to-become Belmont-Paul Women's Equality National Monument — on Tuesday in an effort to push the movement forward. However, even with the great emphasis this president is giving to women's equality, there are still many ways in which women are wildly unequal to men, beyond even the 79 cent pay gap.

Yes, enormous strides have occurred in the name of women, but there is so much room for improvement — not only in the U.S., where many of the problems women face are less pronounced — but around the world, where many women are literally treated as second-class citizens or even dehumanized entirely.

This needs to change, but the first step is always recognizing the problem. Many deny that women's rights have any relevance in the present day, and that the problems of western women are obsolete, but just because particular issues sometimes linger out of sight does not mean they are fictitious. Here are 13 ways in which women are still unequal to men.

Women's shampoo is expensive enough, not to mention that men's shampoo often includes conditioner. Women's razors? I won't even go there.

2. Women Are Paid 79 Percent Less Than Men For The Same Job

Certainly, the pay gap is narrowing with the awareness for STEM (science, technology, engineering, and math) careers becoming more widely available to women. Yet, women in the U.S. working full- and part-time still make significantly less than their male counterparts, according to the Pew Research Center. Overseas, it's even worse, with the United Nations' International Labor Organization reporting that on average, women make 77 percent of what men make.

3. There Are Fewer Female Executives

Only 20 percent of Congress is comprised of women, although they account for 51 percent of the U.S. population, according to The Washington Post. The United Nations lists only 22 percent of all national parliamentarians as female as of January 2015.

According to the Women's Media Center's annual report for 2015, women are only on camera 32 percent of the time, they report 37 percent of print stories, and they write 42 percent of Internet news. And media is often considered a stereotypically women's field, but women are still underrepresented. Hmm.

At the world's largest technology companies, including Google, Microsoft, Twitter, and Facebook, women make up less than 30 percent of employees.

Even now, working mothers spend more time raising children, whether or not both spouses work equal hours outside the house. Women are also more likely to get the duties of housework, which consumes time. Additionally, women between the ages of 15 and 44 are at a greater risk of experiencing rape or domestic violence than cancer, car accidents, war or malaria, according to the World Bank. Worse than that, 70 percent of women worldwide will experience some type of violence or abuse in their lives.

More than 800,000 people are trafficked across international borders each year — and 80 percent of these victims are female. On another note, between one-fifth and one-half of female veterans were sexually harassed while on active duty, according to a Pentagon report from 2013. In fact, women are more likely acquire post-traumatic stress disorder (PTSD) from rape than from warfare.

Gender equality still does not exist in schools, with nearly 4,500 public high schools in the U.S. displaying larger gender inequality, particularly in the way of sports.

10. Retired Women Are Doubly Likely To Live In Poverty

11. Furthermore, All Women Are More Likely To Live In Poverty

In the U.S., 15.5 percent of women live in poverty, as opposed to 11.9 percent of men, according to the Institute for Women's Policy Research. It is, of course, worse for women of color. According to the United Nations, of the 1 billion impoverished people around the world, most are women.

12. Around The World, The Sanitation Of Water Affects Women Differently Than Men

Women and girls suffer worst when sanitation is jeopardized. In many cases, girls whose schools lack proper bathrooms will often skip school during their menstrual periods for fear of embarrassment or stigma. Additionally, women in developing countries are often made to fetch water, an often lengthy excursion, which takes time out of women's lives that could go to education if the task were split equally.

13. Gender Inequality Is Very Prevalent In Many Third-World And Developing Countries

Gender inequality manifests in the form of disproportionate access to education, or unequal pay for women in the workplace, as well as responsibilities of child-rearing, forced pregnancies, higher frequency of sex trafficking, and improper medical and hygienic care.

Hopefully, 2016 is a year for major change in the way of women's equality — there's a lot of work to do.