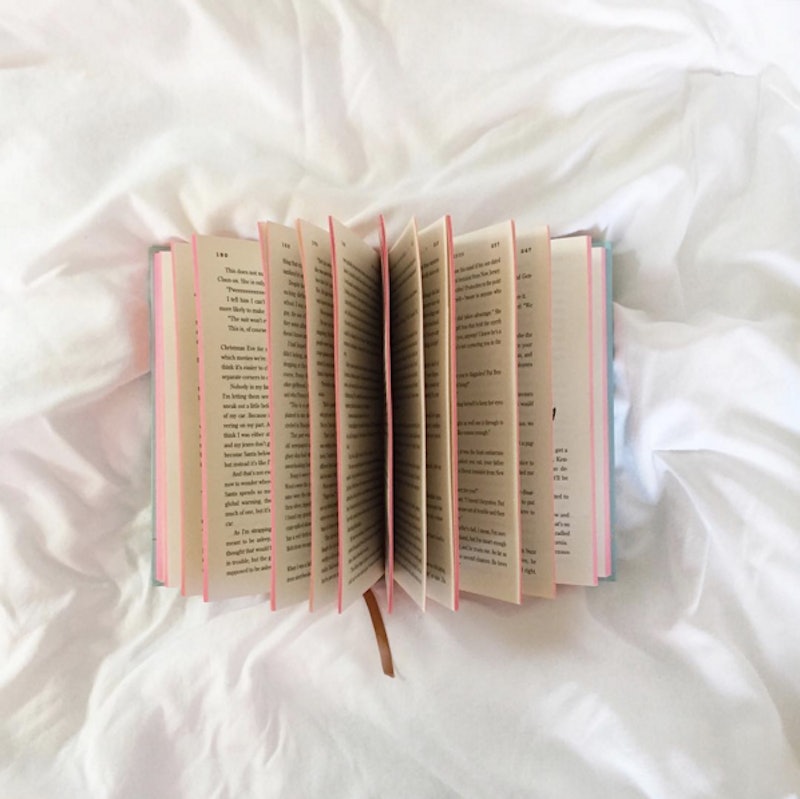 For the most part, I'm prefer series to standalone young adult books. I love the Harry Potter books. I love The Magicians. If it's got a sequel, I want to read it. A trilogy? Seven part epic? Even better. I will happily stay in Narnia or Westeros for hundreds or thousands of pages, because when I find a set of characters that I really love I want nothing more than to spend book after book with them.

But admittedly, sometimes it's nice to take a break from only reading series and settle down for a little bit with a standalone novel. I love the anticipation of waiting for the next books in a series, but sometimes I just want a resolution now, you know? While you might be able to easily find a great stand-alone romance or historical fiction novel, finding a great standalone fantasy novel is really something out of the ordinary.

A really good fantasy novel requires a ton of world building, which is a lot easier to do when you can spread your story out over multiple books. Trying to jam a developed fantasy world, characters that exceed stereotypes, and a plot that resolves itself all in one novel is tough, and not many authors can do it well.

The following YA novels manage to create wonderfully creepy, fantastical worlds that draw you in and then spit you out in the end wanting more. But sorry, no sequels here! Though by the end of these novels you may find yourself going back on your commitment to standalone novels and begging for these books to become a series.

Agnieszka village seems peaceful and quaint, except that it's surrounded by a homicidal Wood that kills those who dare to enter it and occasionally send creatures to attack the village. Luckily, the village is protected by the Dragon, a powerful sorcerer who single-handedly keeps the Wood at bay. All he asks in return is that once every ten years the villagers offer him the young woman of his choice to live with him in his tower and serve him. Agnieszka is shocked when the Dragon chooses her over the more accomplished women in town, including her beautiful best friend. What makes Agnieszka special enough to catch the attention of the Dragon?

Nyx's land is run by the demonic Gentle Lord, who keeps the kingdom separated from the outside world and makes deals with the townspeople that end in their ruin. Nyx's father betroths her to him in one of these deals before she is born, and then secretly trains Nyx to kill her future husband and save the kingdom. Nyx is prepared to kill the Gentle Lord or die trying, but she never expects to discover that there may be greater evil controlling the kingdom, or that she might just fall in love with her demon husband after all.

The cover of the novel warns, "This is not the Neverland you know." Gwen's seemingly psychotic mother is convinced that they're being chased by monsters, so the two are constantly on the run. Now the two are in London, and Gwen is just looking forward to a little normalcy in the form of her best friend, Olivia, who has come to visit. But when Gwen and Olivia are kidnapped by shadowy monsters and taken to a world of violent fairies, she realizes that her mother wasn't as crazy as she seemed. Now Gwen must fight to keep her memory intact and choose between trusting two Neverland enemies in order to get back home.

The underground city of Caverna is filled with wonders like perfumes that manipulate your judgement or wine that will make you forget. There's something strange about Caverna's inhabitants, however: they're completely expressionless. As in, they're incapable of making expressions, and only the very rich and powerful can pay to learn how to look happy or sad. Then a young girl named Neverfell stumbles into the city, unable to remember her past but with such a terrifyingly expressive face that she has to hide it from those around her. Too bad the aforementioned rich and powerful find out about her and see her as a threat.

In Otter's world, women have an important job: they make the knots that keep their society alive. Some knots are for hunting or protection, some are to explain their history, and the most important ones help the dead leave the world of the living. Otter's mother is a powerful Binder who makes sure the souls of the dead pass on and protects the others from the White Hand, an evil spirit. Otter's mother refuses to train her as a Binder, however, leaving Otter unprepared when the White Hand threatens her world. And if Otter can't fight the White Hand, she might become just like it.

Yes, I did put Rosamund Hodge on this list twice, but that's because her fairy tale retellings are AMAZING. Rachelle is attacked by a forestborn when she's 15 and is turned into a bloodbound, cursed to one day return to the forest and worship the Devourer. In the meantime, she's trying to atone by protecting the kingdom, including acting as a personal bodyguard for the king's frustrating illegitimate son, Armand. When she learns that the Devourer will soon return to turn humans into prey for the forestborns, Rachelle and Armand must find a way to kill the horrible god once and for all.

You know Peter, Wendy, and the rest of the Neverland crew, but how much thought have you given Tiger Lily? Probably not enough, but Anderson is going to fix that. Poor Tiger Lily is thought to be cursed and is feared by the members of her tribe. Even worse, her father is dead-set on marrying her off to a cruel, abusive man. So who can blame her for falling in love with a certain flying boy who refuses to grow up? Just as things start looking up for Tiger Lily, the Darlings arrive on the island and... well, you know how the story plays out.