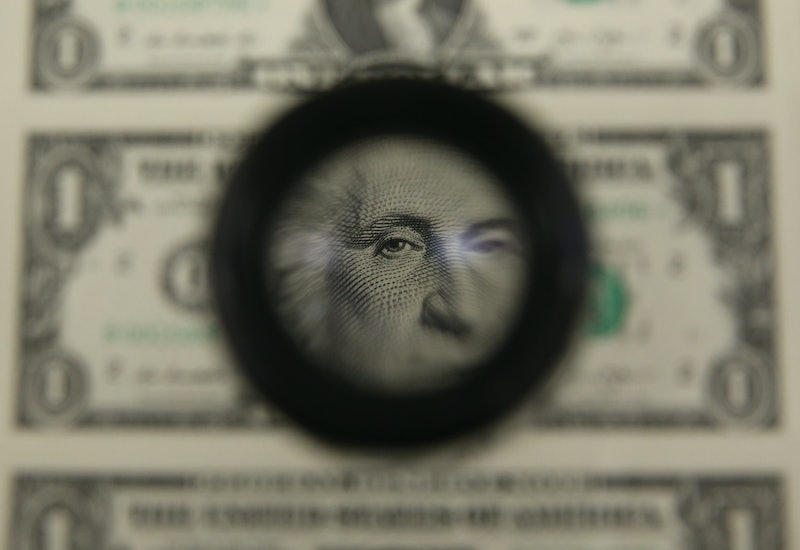 On April 12, Equal Pay Day in the U.S., 79 cents is consistently referenced as the amount of money women make on every dollar in comparison to men. However, that's a misleading figure, since many American women face a wage gap much larger than that. In fact, it is only white women who on average make 79 cents to every (white) man's dollar — minority women face much greater wage discrimination.

According to a study by the National Partnership for Women and Families, there is a large gap between the average wage earned by white women and minority women. While white women make 79 cents on a white man's dollar, Hispanic women make on average only 55 cents. That is, Hispanic women are paid on average 45 percent less than white men. The numbers are not much better for African American women. The same study revealed that they make 60 cents on the white man's dollar, and therefore earn 40 percent less than non-minority men. The National Partnership for Women and Families study also found that Asian American women make on average 84 cents to the dollar, and are therefore paid 16 percent less than the average white man.

By my calculations, the average of these four (vastly) different earnings in comparison to men — 79 percent, 55 percent, 60 percent, and 84 percent — is 69.5 percent. Therefore, if any number is mentioned on Equal Pay Day, it should be this average, rather than 79 cents. The latter number is only correct for white women. And the huge difference in the pay gap between white women and minority women proves that no one number should be used to generalize how much American women make in comparison to men, since there is a life-changing difference between 79 cents and 55 cents.

According to a study by the National Women's Law Center, the gender pay gap causes the average American woman to lose $430,480 over a 40-year career. However, while this may be the average, the losses are unsurprisingly far greater for minority women.

Clearly, 79 cents is not only an incorrect assessment of how much the average American woman makes on a man's dollar; it also ignores the greater gap caused by intersecting discrimination based on race, ethnicity, and gender. The pay gap experienced by white women should not be the general point of reference, since it greatly discounts the fact that many American women face wage gaps much greater than 21 percent.

More like this
The Families Of Grenfell Tower Are Still Waiting For Justice, Five Years On
By Bustle UK
34 Quotes That'll Inspire You On Juneteenth & Beyond
By Syeda Khaula Saad and Siena Gagliano
How To Fight For Reproductive Rights, Based On How Much Time You Have
By Courtney Young
17 Powerful Photos From March For Our Lives Protests Across The U.S.
By Michelle Toglia
Get Even More From Bustle — Sign Up For The Newsletter