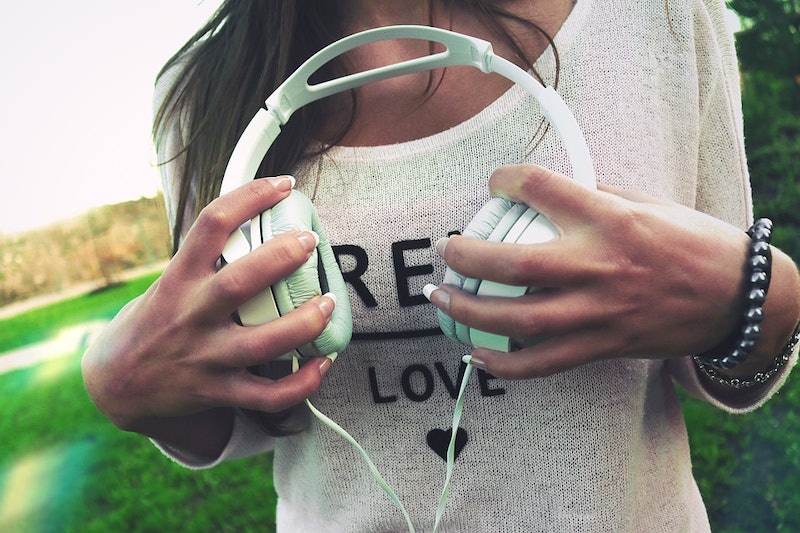 You drink plenty of water and you exercise regularly, all in hopes of being the healthiest version of you that you possibly could be. Despite how smart many of us are about remaining healthy, there still may be health mistakes you’re making everyday that you have never even considered. Knowledge is power, though, so let’s discuss some of these points in hopes we can collectively educate ourselves on the little things we can change to enhance our overall health and wellness.

You may be surprised to learn that some of the health mistakes people make every day are things you’ve never even considered as a mistake at all. For instance, did you know there is a wrong time to brush your teeth? It’s true — but we'll get to that later. It can often feel like an added burden on our already hectic lives to add a slew of “must-do’s” to our health checklist, but the great part is many of the things we’ll talk about here are very simple to change. Rather than add stress to your life, they’ll help take it away, as you’ll rest easy knowing you’ve done some great things for your body today by avoiding these mistakes. Here are 11 health mistakes you might be making every day. If you avoid them, you might find yourself feeling healthier than ever.

1. Not Getting Enough Sleep

2. Hitting Snooze Over And Over… And Over

You may have been guilty of this as recently as this morning (I know I am). When we’re particularly exhausted, it can feel like NBD to hit that snooze button multiple times, but did you know this could actually be negatively affecting our sleep cycles? According to Michael Terman, Ph.D., author of Reset Your Inner Clock and psychiatry professor at Columbia University, we should resist the temptation of hitting snooze. He told Weather.com that quieting that alarm can fragment our sleep and our bodies then begin a new sleep cycle. Then, you’re likely to feel more tired later in the day.

3. Brushing Your Teeth Right After Breakfast

What’s so wrong with making sure our teeth are fresh right after breakfast? Apparently a lot. According to Mark Wolff, D.D.S., Ph.D., of NYU College of Dentistry, if we brush our teeth after consuming acidic foods and drinks (e.g. fruits and juice), it can weaken our enamel. He told ABC News this could translate to greater odds of cracks and chips in our teeth, and could lead to that dreaded discoloration.

4. Taking Too Much Acetaminophen

I’m cringing as I’m writing this point, as I did this both last night and this morning. Does anyone else out there have a habit of taking a little extra acetaminophen than the recommended amount without thinking much about it? WebMD spoke to Dr. Anne M. Larson of the University of Texas Southwestern Medical Center who said often times people tend to misuse acetaminophen, but we should not exceed the recommended dosage (often 650 milligrams every four to six hours — that means two tablets). Overdoing it, can lead to liver damage, according to WebMD, so keep it within the recommended dosage.

5. Not Getting Enough Calcium

At 29, I admittedly never think about calcium. That is until recently when one of my friends was hospitalized for nearly a week because her calcium levels were too low. According to the National Osteoporosis Foundation calcium is a vital part of helping build and keep healthy bones. It also helps our blood clot as necessary, and helps our nerves send messages. The organization said women 50 and younger should be consuming about 1,000 mg of calcium per day to keep their bones strong.

Here’s the dilemma: Our bodies can’t produce calcium on their own, and we lose it naturally every day through our skin, nails, sweat, and more. That said, the National Osteoporosis Foundation noted it’s necessary that we ensure we’re getting enough of the nutrient through the foods we eat (the best way) and supplements (as a secondary means). If we don’t get enough it can mean bone loss, low bone density, and easily broken bones.

6. Looking At Your Devices Non-Stop

Chances are this isn’t the first time you’re hearing the notion that using electronics excessively can have negative consequences — but I’m here to let you know it might be affecting your health, too. This includes not only your cell phone, but your tablet, computer, and television, just to name a few. According to a 2011 Harvard review, prolonged television watching was correlated with an increased risk of type 2 diabetes and cardiovascular disease. Separately, Brigham & Women’s Hospital researchers found the light emitted by devices like cell phones, tablets, e-readers, etc., disrupt the body’s circadian rhythms when used before bedtime. This, in turn, makes it harder to get a restful night of sleep.

I feel like I know two distinct kinds of people: Those who freak out over every little symptom they’ve ever had, and those who don’t think any symptom is a big deal. While the hypochondriacs might drive me up a wall sometimes, at least they’re really paying attention to their health. Ignoring some things on our bodies, like bumps, lump, and strange moles could be hazardous.

According to Dr. Ed Zimney’s article in Everyday Health, the aforementioned are some symptoms that should not be ignored. He recommended, “If you notice a new lump that you can feel and that you don’t recall having before, get it looked at. It might just be a swollen lymph node related to a minor skin infection (like a pimple), but it could be a sign of a cyst or a tumor (which may or may not be cancerous).” Same goes for moles, he added. If it’s a mole you’ve had forever and it looks the same, no problem. However, Dr. Zimney said if the mole is changing in color, shape, or size, or if it’s new, get it checked out by a professional.

8. Choosing The Internet Over The Doctor

Yes, you can learn a lot from the Internet, but it’s important to research issues related to your health wisely. Ronald Epstein, M.D., professor and director of the Center for Communication and Disparities Research at the University of Rochester Medical Center in New York spoke to Consumer Reports and said being a smart online researcher is important when it comes to issues related to health. Specifically, he noted, be cautious of websites that are designed solely to drive you to a certain treatment or drug, rather than to give you knowledge on your specific symptoms or condition. Ultimately, if you believe you might be facing a health issue of any kind — physical or emotional — you should always, always, always see a doctor.

9. Allowing Stress To Take Over

To some, a feeling of stress every day might seem like second nature. In fact, if this idea of daily stress resonates with you and you’re in your 20s, 30s, or 40s, you’re not alone. According to a study by the American Psychological Association (APA), those in the 18-33 and 34-47 age groups reported higher stress levels than other generations. For your health’s sake, let’s tone it down. According to the Mayo Clinic, there are many negative health effects of being too stressed, including trouble sleeping, nausea, depression, chest pain, and even drug and alcohol abuse.

10. You Blast Music In Your Headphones

If your ears could talk, they’d be shouting, “Ouch!” every time you put those headphones on. Many of us might have a habit of turning the volume way up, but we should resist. Prevention spoke to Andrew Cheng, MD, an otolaryngologist at New York Medical College, who said if your ears are ringing after you take off the headphones, you should start being more cognizant of the volume. If you’re regularly listening to the music too loud, Cheng said, it could lead to hearing loss. How can you tell? He suggested having a friend stand next to you while you listen and if that friend can hear your music, you’re playing it too loud.

The good news? It’s almost bathing suit weather. The bad news? It’s almost that time of year where we tend to completely abuse our skin. Neglecting to use sunscreen for that afternoon spent outdoors in the sun can do more damage than you might initially imagine. According to the Skin Cancer Foundation, melanoma is the most common form of cancer for those between the ages of 25 and 29. How do people get it? The organization noted, the large majority of melanomas are caused by the sun. Get this — the even noted that on average, someone’s risk of getting melanoma doubles if they have had more than five sunburns. Scary stuff. Always apply sunscreen if you’re going to be spending time outside, and make sure it’s at least an SPF 15. Again, if you find someone that looks strange on your skin, make a doctor’s appointment. When it comes to your health, it’s always better to be safe than sorry.

I’ve been making some of these health mistakes, so if you have too don’t feel bad about it — just change it. By taking some of the above points into consideration throughout our day, we can make a world of a difference in our overall level of health.