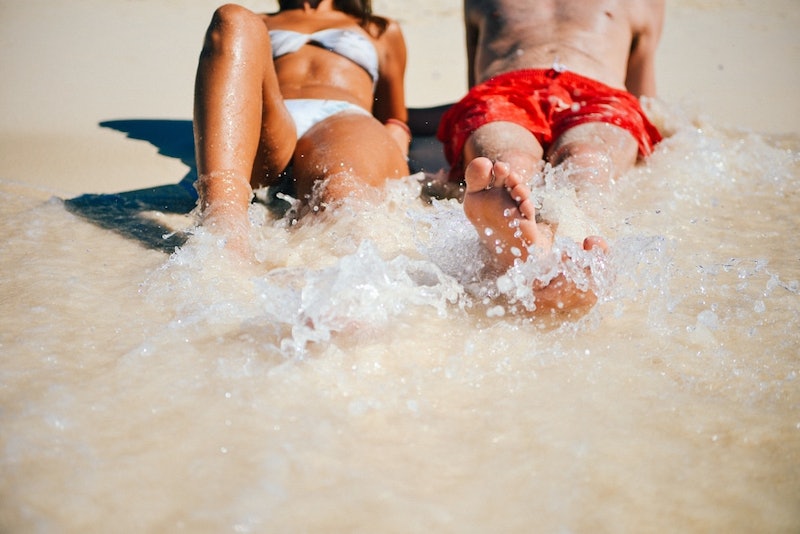 Ask your friends and likely they’ll have hundreds of things to say about ways to improve your love life. They’ll tell you about how they fixed their broken relationship with John, or how they successfully managed to land Samantha, or how great their relationship with Marshall has always been because of this one little trick. Perhaps you’ve taken all of their advice, but none of it has worked for you. The bottom line is that various methods work for various people and some of those tactics might not be right for you. So, after you’ve hounded your friends for advice, what’s left to do? Turn to science, of course.

As you can imagine, a lot of research has been done on relationships over the years. Researchers have looked at endless aspects of what makes and doesn’t make a relationship work, and I’ve rounded up some of the top tips for improving your love life based on some of those very findings. These tips are relevant for those who are looking for a SO, those who are already in relationships, and for those who are in more established marriages and are trying to pinpoint ways to keep things cheery (or to get things back to a happy place). In a world where advice on love is flying at your from seemingly every angle, let’s rely on scientific research to guide us in setting things on the right track. Here are 12 ways to improve your love life, according to science:

If you happen to be heterosexual and in the process of trying to attract that person of your dreams, it could all be in the color you’re wearing (or the color that the other person is wearing). According to a University of Rochester study, men rated women who wore a shade of red as more attractive to their non-red-wearing counterparts. Oppositely, in a separate study led by the same university, female participants showed they were innately more attracted to a male wearing red, as well.

Sip red wine to boost your sex life? Sign me up. According to a study published in The Journal of Sexual Medicine, women who consumed one to two glasses of red wine daily had a higher sex drive than those who didn’t drink at all.

4. Use The Power Of Writing

You don’t need to be an expert writer to have your love life excel, but if you put pen to paper every now and then, it could prove beneficial. Glamour reported on research out of Northwestern University that asked half of the study’s participants to consider a disagreement they’d recently had with their partner and write about it from the perspective of a neutral third party. This was repeated with participants every four months for two years. Over the long term, the experiment proved relationship satisfaction was better off for those having been assigned the writing assignments.

5. Spend A Night In Watching Movies Together

Grab that tub of popcorn and watch some movies tonight to enhance your love life — it's scientifically recommended. According to a study out of the Journal of Consulting and Clinical Psychology, divorce rates were half as much for couples who watched relationship-focused movies together and discussed them afterwards. According to the study, this allowed the couples to see what they were doing right or wrong in their relationship, and work on skills that could continue or eliminate that behavior.

Pass the basket of dirty laundry to your SO — it can keep you both feeling happier about your relationship, according to UCLA research. The study followed several couples over a 4-year period and could those who evenly disperse chores were happier than those who did not.

Likely you’ve heard the many health benefits of getting a good night of sleep, but it can also positively affect your relationship, too. According to researchers from UC Berkeley, in a study of young adults in romantic relationships it was found that more conflict in a relationship was reported following a bad night of sleep. So, encourage your partner to join you in getting those necessary Zs tonight.

8. Decorate The Bedroom With Purple

If you’re looking to spice up your love life in the bedroom, no need to try anything too crazy. Just add some purple décor, according to a British survey reported on by The Sun. The survey showed those who had purple bedding or furniture in their bedroom had the most sex per week compared to other colors (with gray sparking the least amount of sex, just FYI). Buying new bedding? The survey speaks for fabric too, and found the most sexual encounters happen per week in silk bedding.

Saying you’re sorry to your partner is one thing — actually meaning it is quite another. To benefit your love life though, apologize genuinely. According to a study published in the Journal of Social and Personal Relationships, the more you apologize for wrongdoings and accept responsibility for them in a relationship, the happier the partnership will be. The same goes for your partner, too, so pass along that info.

According to research published in the Archives of Sexual Behavior, working out can benefit your relationship. The study showed those in excellent or good health and involved in fitness activities have better relationships (including better sex) than those who are not healthy. So maybe before you start that movie night we talked about earlier, put on your workout gear and go for a quick run.

11. Be As Positive As Possible

Looking on the bright side is another way we can keep our relationships on the up and up. According to a study from The Journal of Personality and Social Psychology, how positively couples react to their SO’s good news can speak volumes to how strong of a bond they’ll hold with one another. The study showed those who responded positively to their partner’s victories had the strongest relationships compared to others whose reactions were more indifferent.

After all is said and done, it’s the little things that can improve a relationship significantly. It doesn’t need to be anything huge — try just cooking your SO their favorite meal tonight. According to a survey out of the U.K., it’s the simple acts of kindness like this that are most appreciated, and therefore make for the happiest partnership.

Science has taught us a lot today about improving our love lives, so let’s jump on board with these tricks. We could start achieving happier and healthier love lives before we know it.