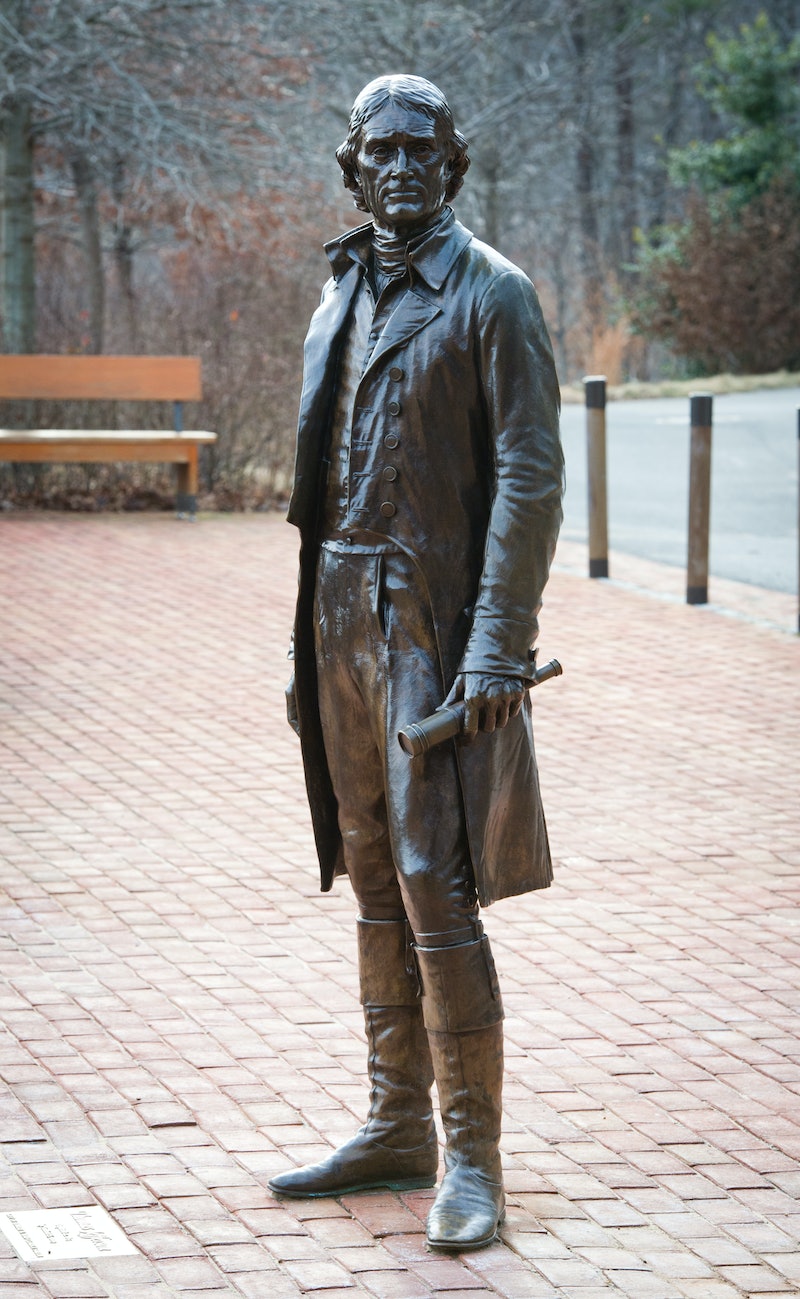 April 13 marks the third president's 273rd birthday, and believe it or not, there are some quotes from Thomas Jefferson that still stand the test of time. Although the incredibly popular musical Hamilton portrays Jefferson as a villain, he is also known for his impactful contributions to the American government. Jefferson, born in Virginia in 1743, was a member of the Continental Congress and wrote the Declaration of Independence in 1776. Jefferson served as the governor of Virginia, and later, in 1796, became the second vice president of the U.S., after he lost the election to his fellow founding father, John Adams — yes, that's right, under the original procedure (later changed by the 12th Amendment), Jefferson became his opponent's vice president! Four years later, Jefferson beat Adams in the election, and became the third president of the U.S. himself.

Hamilton is not wrong in its allegations against Jefferson — at one point in the musical, the Alexander Hamilton character rightfully calls out Jefferson: "Hey neighbor. Your debts are paid because you don't pay for labor." It cannot be forgotten, Jefferson owned hundreds of slaves, and when he wrote in the Constitution "All men are created equal," he excluded women, African Americans, and pretty much everyone except for white men of a certain class.

However, Jefferson did share some words worth living by during his lifetime, also known as his canons of conduct — which may come as a surprise since the president was known to be a man of few words.

1. "Never put off till to-morrow what you can do to-day."

Clearly Jefferson did not believe in procrastination. But then again, he didn't have Netflix. Or even electricity for that matter.

2. "Never spend your money before you have it."

Something tells me Jefferson would not have approved of credit cards.

I'm pretty sure my parents used to tell me this when I was a kid.

A man after my own heart.

5. "But whether I retire to bed early or late, I rise with the sun."

This must have to do with the no electricity thing.

6. "Do you want to know who you are? Don't ask. Act! Action will delineate and define you."

Jefferson could have found success as a motivational speaker if the whole president thing hadn't worked out.

7. "The most valuable of all talents is that of never using two words when one will do."

And with that, this article has little option but to come to an end. (It's what Jefferson would have wanted.)

More like this
What Is Ben Affleck's Net Worth? At 50, The Oscar Winner Makes 8 Figures Per Film
By Meg Walters
Here’s Where Manti Te’o Is Now
By Arya Roshanian
Florence Pugh Won’t Discuss Harry Styles Sex Scenes In 'Don’t Worry Darling'
By Grace Wehniainen
Everything To Know About 'The Hunger Games' Prequel Movie
By Grace Wehniainen and Radhika Menon
Get Even More From Bustle — Sign Up For The Newsletter