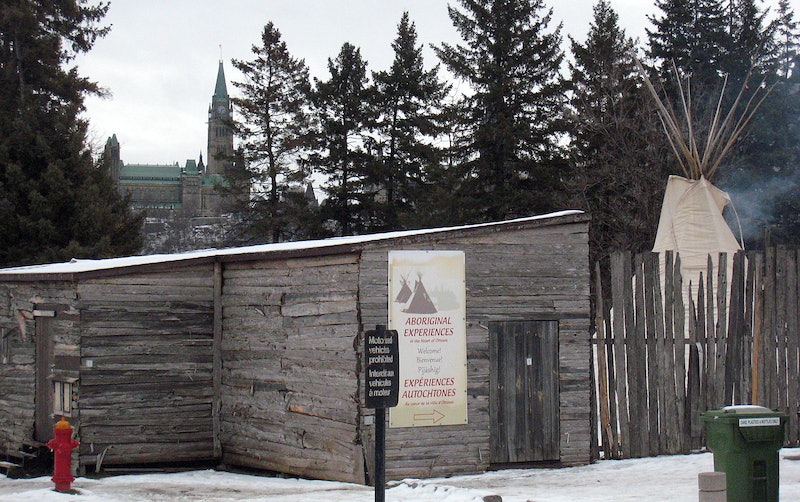 The council of the First Nation of Attawapiskat declared a state of emergency in response to a rash of suicide attempts that have swept the small community in northern Ontario, Canada. The declaration came after 11 people tried to commit suicide on Saturday alone, The New York Times reported. Since September, 101 people within the community of only 2,000 have attempted to take their own lives — that's 5 percent of the entire population. The crisis has sparked widespread awareness of the desperate conditions in which many aboriginal communities live, as well as the question of how to help Attawapiskat.

In response to the state of emergency, the federal agency Health Canada sent two mental health counselors to Attawapiskat, and the First Nations government dispatched a crisis response unit to the community. These measures may prove crucial to halting the immediate wave of suicide attempts. But they are short-term measures in a community that has long been plagued by systemic factors leading to poverty and despair. Parliament member for the area Charlie Angus told The New York Times that similar rashes of suicide attempts swept the community in 2009 and 2010.

This crisis is not caused by a random concentration of people suffering mental health issues in the community. The Globe and Mail reported that rates of suicide are disproportionately high in many First Nation communities, which, along with Attawapiskat, face a lack of access to education, overcrowded and decrepit housing, and high levels of unemployment. Resources for children are particularly lacking; executive director of the First Nations Child and Family Caring Society of Canada Cindy Blackstock told The New York Times that the Canadian government spends 30 to 40 percent less on youth programs in aboriginal communities compared to non-aboriginal communities.

A crisis like the one gripping Attawapiskat, and many other indigenous areas, is not the kind of problem you can help resolve by simply making a donation. The underlying factors fueling despair and depression in the community point to the need for long-term changes in order to truly help the people living there. The question of how to help is complicated, but there are some things you can do to push for such long-term changes.

Attawapiskat faces a lack of funding for education and a corresponding high rate of unemployment. Vice reported that the community's unemployment rate is around 70 percent, due to lack of education needed to secure jobs. It's the federal government's responsibility to fund education, and it's clearly been falling short concerning aboriginal communities.

Another area in which federal funding is crucial is services for youth. On Monday, a group of Attawapiskat youth met in a gymnasium to discuss what they need to improve their lives within the community. Suggestions included a fitness center, a library, and a youth center, all of which could be funded by the government.

Prime Minister Justin Trudeau has announced efforts to support Attawapiskat and other First Nation communities, but the government could always move quicker. Write and call representatives to demand immediate action be taken to improve education, housing, and youth services for aboriginal communities. Canadian residents may have the most sway here, but people can call or write internationally to let the prime minister know the world is watching closely. Twitter can be an effective tool here, too.

There's another possible funding source for the community of Attawapiskat that it is missing out on. The community is located about 60 miles from the Victor diamond mine, run by the De Beers Group. Vice has reported that, in the Canadian province of British Columbia, 35 percent of taxes and royalties from natural resource mining go to First Nations groups; mining companies give a portion of their profits to the provincial government in exchange for extracting its natural resources.

In Ontario, though, Attawapiskat does not enjoy the same benefits. The community receives $2 million per year, Vice reported, but this is not nearly enough to address the community's many needs.

Be on the lookout for protests in your area. On Wednesday, 20 members of Black Lives Matter and the group Idle No More held a "die-in" — a form of sit-in where members lie down as if dead — to raise attention for the Attawapiskat suicide crisis at the Toronto office of Indigenous and Northern Affairs. They were demanding parenting classes and a youth center, City News reported. Join a protest if you can, or start your own.

Learn About Other Indigenous Communities

Indigenous communities across Canada and the United States are subject to various forms of discrimination and neglect. The Huffington Post compiled a list of 13 problems confronting Native Americans across the country that can help us get a grasp on what's happening. The list includes high suicide rates, inadequate health care, low-quality education, voter disenfranchisement, and overcrowded housing.

Once we're aware of the problems that persist among Native American communities, we can push our leaders to address them. We can pressure our local, state, and national representatives to take the needs, dignity, and well-being of indigenous people seriously. Easily find your representatives' contact information on the U.S. government's website.

Keep Them In Mind

The best way to help aboriginal communities is to not wait to consider them until conditions have become so dire that a substantial portion of their populations no longer want to live. Keeping the problems confronting marginalized communities present in our minds beyond their presence in the news cycle, and committing to do what we can when we can to push for justice continually, is perhaps one of the most important things we can do to help.