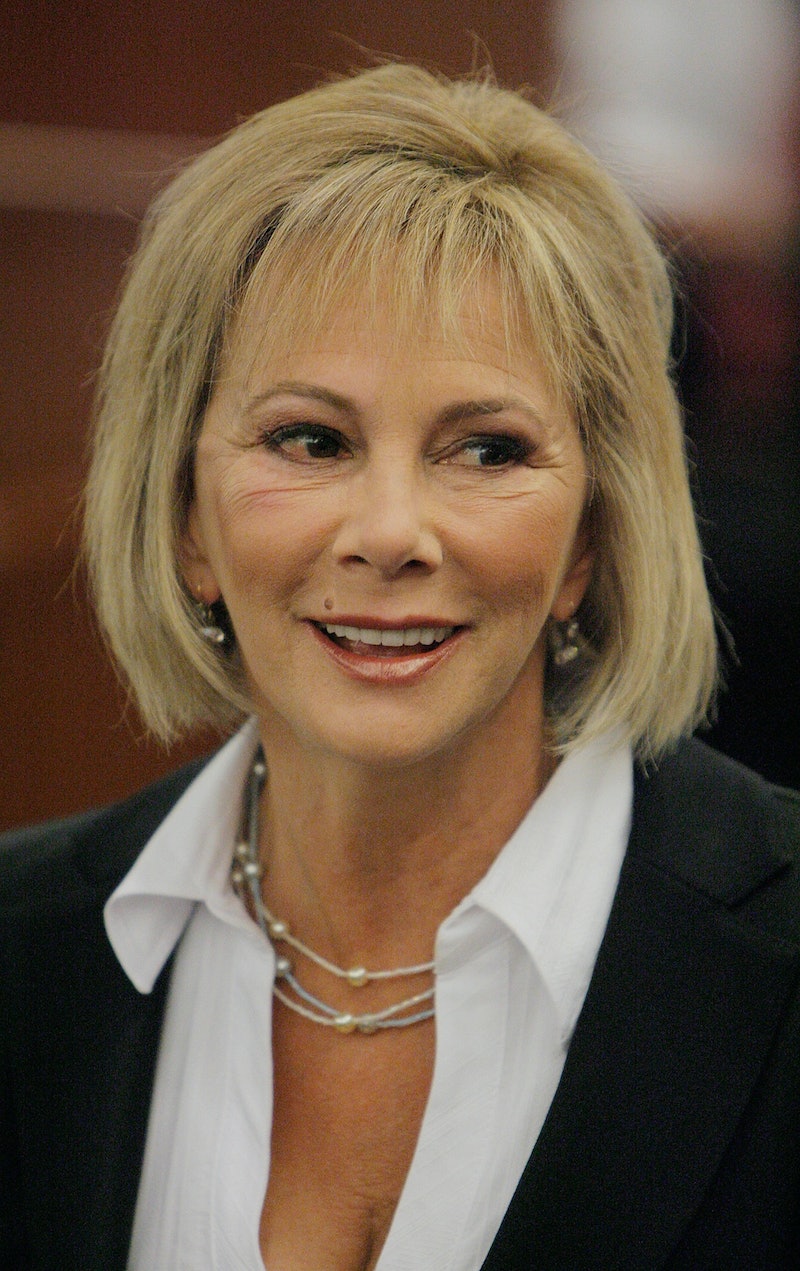 From her curls to children, Marcia Clark, the lead prosecutor in the O.J. Simpson trial, was subjected to all kinds of criticism. The mother of two was a target from every angle — the public, the media, and even inside the courtroom itself — and only in retrospect is the abhorrent sexism Clark endured so obvious. It's been more than 20 years since the Trial of the Century, and as The People v. O.J. Simpson: American Crime Story looks back at race, wealth, and murder in the 1990s, one thing that Clark is grateful for is how the series also brought that sexist treatment into primetime.

"Sexism is a universal issue," Clark tells Bustle. "Women go through this every day, whether they work outside the home or not. So in focusing a light on the issue, I think [ACS creator] Ryan Murphy has done a tremendous service for all of us."

That sexism is front and center in the sixth episode "Marcia, Marcia, Marcia," as tabloid headlines mock Clark's appearance after she gets a smart haircut and a grocery cashier makes a dig while she buys a box of tampons. Topless photos from a vacation to St. Tropez is splashed across the front page of the National Enquirer. And Clark's ability to parent her two young children is questioned by everyone, including Simpson's defense team.

Despite all the public scrutiny, Clark tells Bustle the worst sexism took place within the courtroom walls and that it negatively impacted the trial. She believes Judge Lance Ito, who presided over Simpson's trial, treated her "more harshly and disrespectfully" than the other attorneys. (Ito has denied this.) "If the judge treats a lawyer badly, the jury — whether consciously or subconsciously — will adopt that attitude," she says. "That directly impacts the lawyer's ability to get a fair trial." (Ito has not commented on the series or its portrayal of him.)

But even without the spotlight of primetime television, this kind of sexist spectacle takes place in women's lives every day. Think about when a female celebrity gains weight or goes through a nasty divorce. Or if you get cat-called on your way to work at 8 a.m.

Still, Clark believes there's been progress since her time in court.

"Women are less afraid to call out sexist behavior, and men — particularly the younger generation — are so much more sensitive to it [and] aware of it," she says. "It's not that women don't still suffer from sexism, they certainly do. But 20 years ago, any woman who called out sexism was viewed as a 'whiner' or worse, a liar who used the claim to get ahead or as an excuse because she just 'couldn't cut it.' Now, there are more women — and men — who are unafraid to call it when they see it."

After Simpson was acquitted in 1995, Clark never prosecuted a case again and found a successful career in writing crime fiction, which she considers her true passion. She admits that many of her books' inspirations come from her own life — her newest release, Blood Defense, is centered around a female lawyer who lives by her own moral code after experiencing a traumatic childhood, only this time she's a criminal defense attorney.

ACS rekindled a lot of pain from a difficult time, including the revelation that she is a sexual assault survivor, but Clark seems to have come to peace with every mistake and memory.

As for women today, her advice is simply, "Don't let anyone tell you what you can't do."