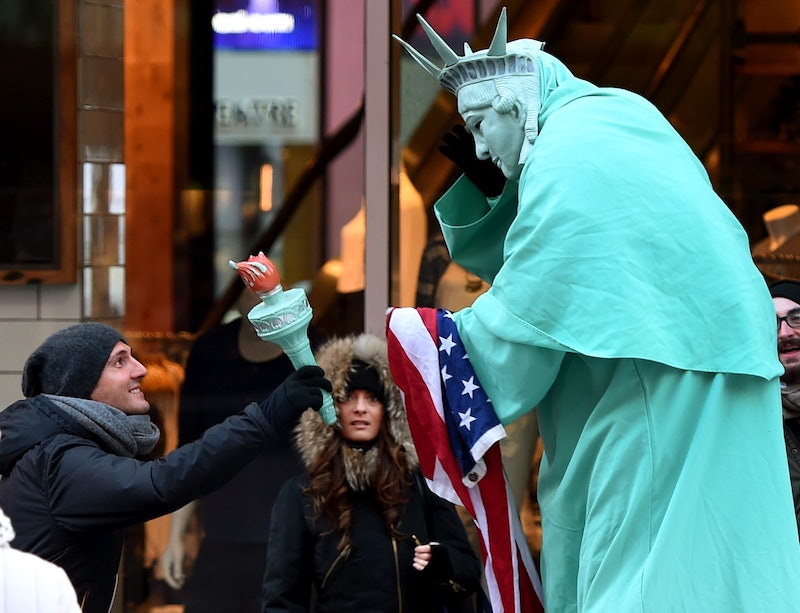 An Independent from the New York state legislature is trying to do right by the state's estimated 3.7 million independent, or undeclared, voters in New York. This block outnumbers Republicans by an estimated half a million voters. One of the big questions New Yorkers and national primary watchers alike are wondering is whether New York will open the election. This Hail Mary play may signal big changes in the years to come, but it is unlikely to pass out of Albany in this session.

According to the bill's sponsor, New York Assemblyman Fred Thiele (I, D, WF-Sag Harbor), the demand for an open primary has surprised even himself. He told Gothamist, "It was amazing how many telephone calls and emails I got in the last few months complaining about not being able to participate." New York's party change deadline happened to be the earliest in the nation. Independent Empire State voters had to change their party affiliations by Oct. 9 last year in order to participate in the closed primary. First-time voters could register until the final week of March.

Civic action has begun in earnest, too. New York voters have started a Change.org petition, and the group Open Primaries will be holding a protest April 14 outside of New York City Hall from 12 p.m. to 1 p.m., according to a press release on their page. The event page on the Facebook platform is indicating that an estimated 1,600 are interested in the event.

Thiele himself admits that it is unlikely that the bill will actually pass through the state legislature. Partisan gridlock in Albany is legendary, and this bill is unlikely to benefit the establishment cores of either the Republicans of the Democrats. Normally, this might be considered an insurmountable obstacle, but Thiele isn't giving up hope. Thiele also told Gothamist that he hoped 2016 would be the final year of closed primaries in New York state.

Without a massive turnout tomorrow at City Hall, it is highly unlikely that the bill will be taken seriously by most of Thiele's fellow colleagues in Albany. Ditto, if the primaries come and go without incident. However, if substantial numbers of voters are turned away at the polls, or if there is the appearance of any kind of shenanigans on either side, New Yorkers may end up making election access a local issue in November, and hold representatives accountable for their inaction on behalf of their constituents.