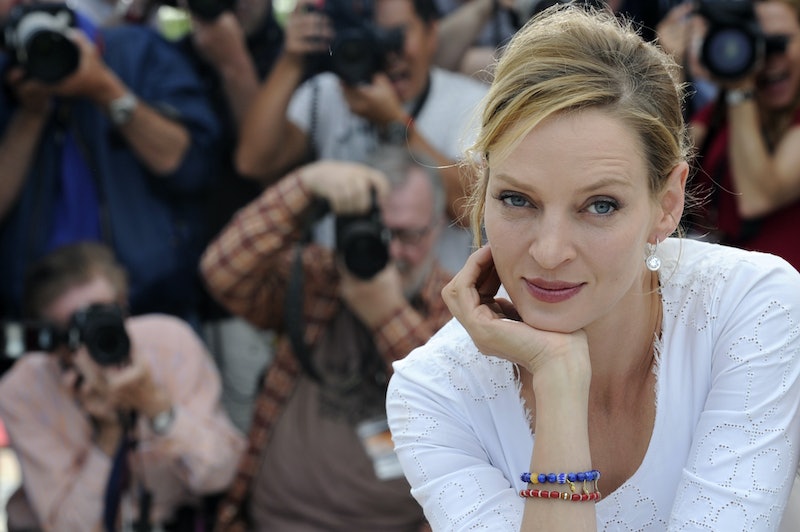 In 2015, the Cannes Film Festival surprised their critics by becoming a bit more female-friendly. After earning a reputation for leaving female-directed films out of their competition, Cannes had its "Year de la Femme" with two female-helmed films up for the festival's most prestigious prize, the Palm d'Or, and four women up for the second competition category, Un Certain Regard. It was also the first time in 28 years — and only the second time in the festival's history — that a female-directed film (Emmanuelle Bercot's Standing Tall) headlined the opening night ceremony. For many, it was a sign that the festival was getting with the times and realizing that not having more female selections was sending the wrong message — specifically that female films just aren't respected in the same way films made by men are. Which is why the lineup for the 2016 Cannes Film Festival is so disappointing for anyone who believed things were beginning to change.

According to The Hollywood Reporter, this year, only three out of the 20 films up for the Palme d'Or were directed by women: Andrea Arnold's American Honey, Nicole Garcia's Mal de Pierres and Maren Ade's Toni Erdman. This means only 15 percent of the films the festival deemed of the highest quality were made by women. This in a year where Cannes' artistic director Thierry Fremaux boasted there was a "record-setting 1,869 features submitted for consideration." Sadly, three women is an improvement from last year, when there was only two up for the award. This year, there are also four women up for Un Certain Regard out of 17 films, same as last year. But, as for the competition films that are screening at Cannes, there's only one female-helmed movie: Jodie Foster's Money Monster.

Strictly looking at the numbers of this year's festival, one could note that it's not terrible in comparison to the year before. And it's true that the numbers haven't changed much. But the reason that's so disheartening is because last year, the fest's new president, Pierre Lescure, made a point to say that he was focused on improving the festival's relationship with women.

To make that even clearer, Cannes teamed up with the French luxury brand, Kering to launch "Women In Motion," a program that Variety reported would "host a series of talks with artists and executives about women's status and representation in the film world and hand out a pair of awards starting in 2016." It was one of the first things Lescure did in his inaugural year, and showed he was committed to advancing the role of women in the festival. He even took part in one of the first talks that promised to discuss women's roles in all aspects of the film industry.

"Women’s contribution to the film industry, be it on screen or behind the camera, is essential and invaluable," Lescure said at the time of the "Women In Motion" announcement. "By putting this topic on the agenda, we hope to work toward greater recognition of their work and input to cinema."

As Indiewire's Women In Hollywood blog made clear, the 2015 Cannes lineup wasn't exactly a huge win for female directors, despite the "Year of Women" moniker. The term was given in good faith that Cannes was serious about changing its ways. There was still a lot of work to be done, but admitting that there was a problem seemed like a move in the right direction. Not necessarily a leap, but a good step that the festival could build upon in the years to come and hopefully influence other festivals in the process, which historically skew male.

The Cannes Film Festival certainly needed some serious improvement. When Indiewire looked at just the festival's past decade, starting with 2005, they found that only 9 percent of the films in competition for the Palme D'Or had been directed by women. To put that in better perspective out of 223 films in the main competition only 20 were directed by women. In 2010 and 2012 there were no female filmmakers in competition. Zero. This was despite the fact that 2011 saw the highest number of women up for the Palme d'Or with four. Female directors fared better in the Un Certain Regard category, but only slightly with 17 percent.

In their 69-year history, only one woman director — Jane Campion in 1993 for The Piano — has won the Palme d'Or. It's an award she shared with the make director Chen Keige. In 2014, when she was on the Cannes jury, Campion talked about the "inherent sexism" of the festival and how only 7 percent of the 1,800 films submitted to Cannes were made by women. "Time and time again we don't get our share of representation," Campion said. "Excuse me gentlemen, but the guys seem to eat all the cake. It's not that I resent the male filmmakers. I love all of them. But there is something that women are thinking of doing that we don't get to know enough about. It's always a surprise when a woman filmmaker does come about."

Looking at the 2016 lineup now makes it seem like the "Year de la Femme" was a fluke. To declare that you're making female representation a priority and then, the very next year, continue with the status quo doesn't exactly boost anyone's confidence in your mission. Worst of all, it was a wasted opportunity. Cannes could have showed support for filmmakers who are too often overlooked by just improving on their numbers in the smallest of ways. Progress, even when slow, is still progress.

If Cannes wants to hold itself as the world's most prestige film festival, it needs to start recognizing the other half the population. They need to respect women and their stories. Including more women in your film festival isn't a one time thing; it should be all the time thing. And it's something I hope Cannes realizes in the future.