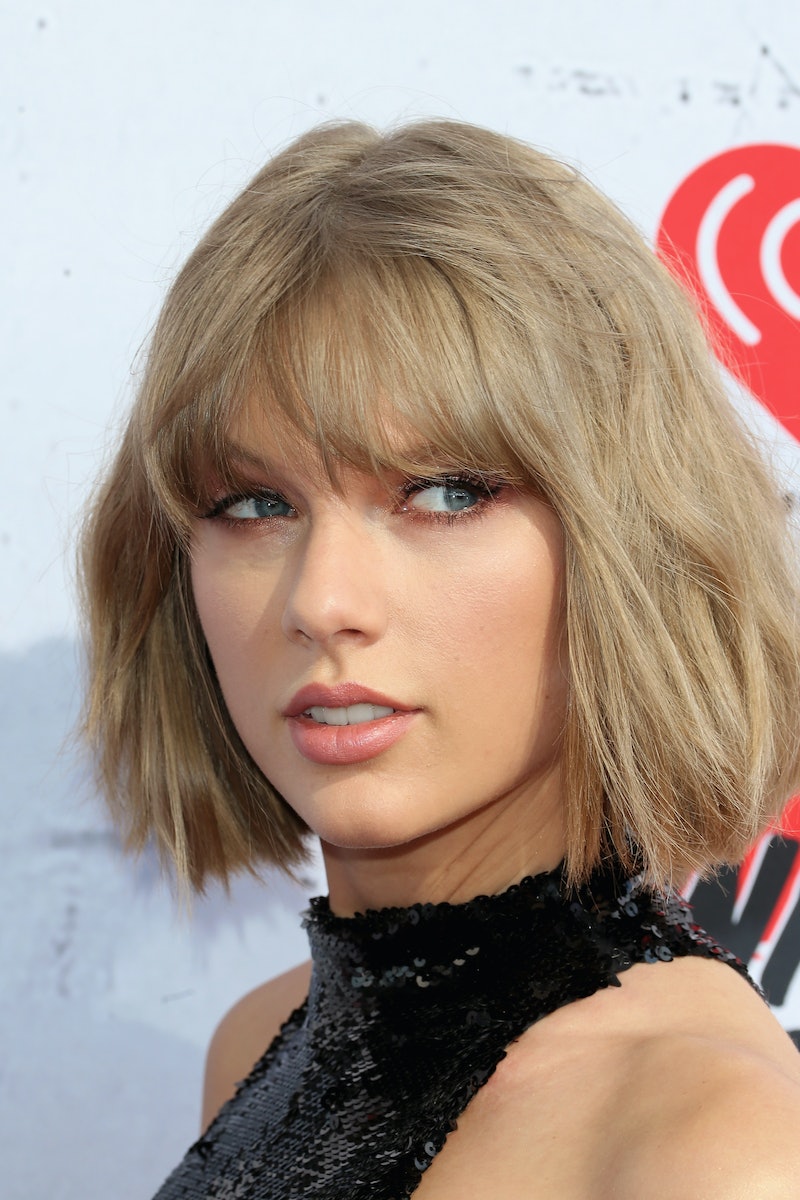 As a real-life superhero of sorts, it's not exactly a shocker to see Taylor Swift on the cover of Vogue. Her most recent stint on the iconic fashion magazine is for the May 2016, where we've got her looking blonder than ever and rocking a futuristic, metallic dress. In fact, the entire spread is filled with metallic fabrics, head-to-toe glitter, and out-of-this-world textures, all of which are quite the departure from Swift's usual classically glamorous red carpet vibe. The outfits and fierce beauty looks are likely to promote the 2016 Met Gala theme, "Manus x Machina: Fashion in an Age of Technology" — after all, Swift will be co-hosting the May event.

While this month's cover is undoubtedly fabulous, it's not the first time Swift has graced the style bible. Her first cover was way back in Feb. 2012: It featured the singer with long, straight hair and a pleasantly floppy hat, which was much more in line with Swift's signature style back when 22 was released. Since then, she's hit the cover several more times, and each occasion has had a completely different (yet equally awesome) feel to the shoot. In honor of her most recent spread, let's look back at all the times Taylor Swift has covered Vogue.

That blue just suits her.

This '80s-inspired shoot for the November 2014 issue of Vogue UK remains one of my favorites Swift has ever done.

For the March 2015 issue, Swift took to the cover with her bestie/dopplegänger Karlie Kloss.

Five times on the cover of Vogue? Not too shabby, Swift.