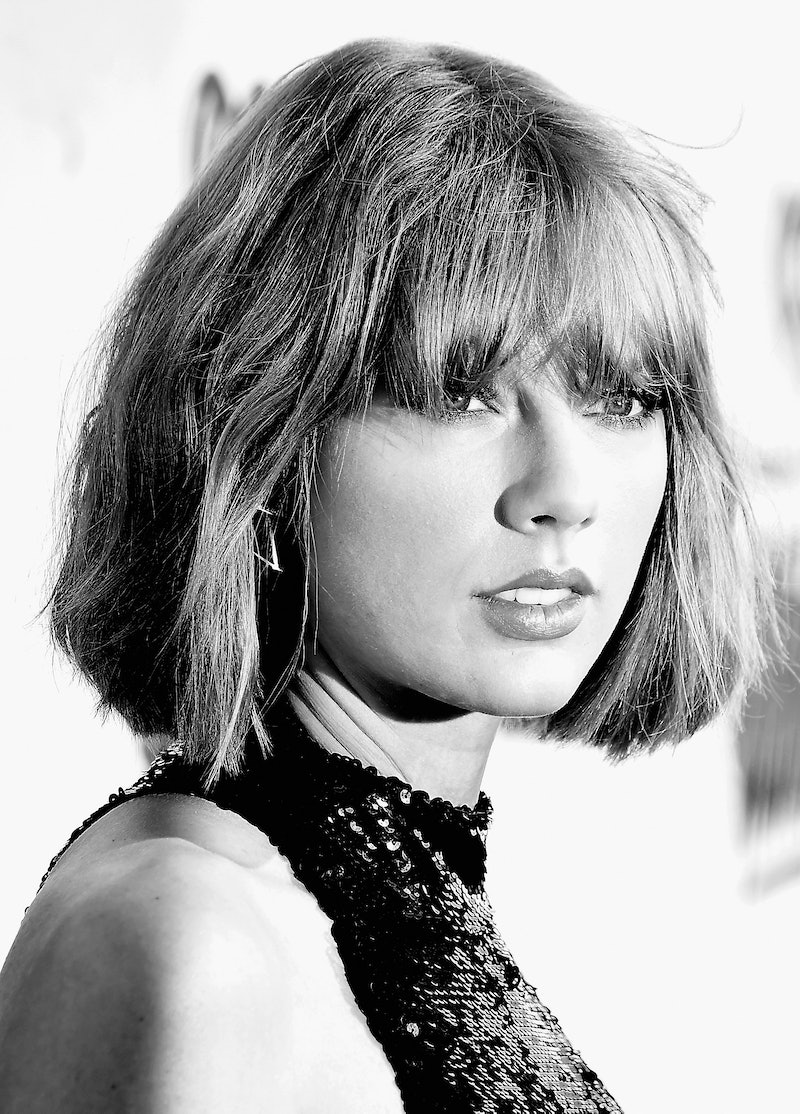 Taylor Swift's last album, 1989, may need to remain on repeat just a little while longer than expected. As it turns out, Swifties won't be receiving new music from the country-turned-pop starlet anytime soon. Or, at least, not during an span of time that's currently scheduled on the "Bad Blood" singer's calendar for the upcoming year. In her latest interview with Vogue magazine, Taylor Swift says she's taking a break from music — unofficially and vaguely, of course. While this means that she is in no way forgetting us, or completely leaving music behind, it does mean that a high-powered rush into releasing her next album is currently put to a halt. And believe me when I say that this is probably for the best.

“This is the first time in 10 years that I haven’t known [what's next]. I just decided that after the past year, with all of the unbelievable things that happened... I decided I was going to live my life a little bit without the pressure on myself to create something," Swift shared with the magazine. However, she didn't share this without reasserting that she is still very much the artist fans know and love her to be. "I’m always going to be writing songs. The thing is, with me, I could very well come up with three things in the next two weeks and then jump back into the studio, and all of a sudden the next record is started. That’s an option, too.”

So, why the random decision to not plan out her next moves career-wise? Just like everyone else, Swift still has things she strives to learn and accomplish. In fact, having countless Grammys seems to be just one thing checked off on Swift's ever-growing to-do list. “I would really like to take a little time to learn things. I have lots of short-term goals,” said Swift. “I want to be a well-rounded person who can make a good drink. To be able to save somebody if they’re drowning. So CPR, all the various kinds of chest compressions. People tell you little tips, but that’s different from actually taking a class and getting certified.”

At this point, it's immediately clear that Swift's drive to always learn and accomplish more is probably what can be credited to her huge amounts of success so far. “I do things like this. [Once] I got it in my head that I couldn’t do a split, and I was really upset about it. And so I stretched every single day for a year until I could do a split. Somehow I feel better knowing that I can.”

However, slowing down when it comes to her music is without-a-doubt the name of the game for right now. Like any artist, the power of life experience and having time to discover yourself is what makes the truly powerful music that fills her albums. And, as always, that also means that, when the inspiration hits it will certainly not go unnoticed. "Tay is a big fan of taking time off until about month two," Swfit's best friend Lorde shared with Vogue. "And then she gets this look in her eyes, and I know all the Dateline and frozen yogurt and mooching around is about to go out the window." Basically, if Lorde trusts Swift will be back, we sure can count on that, and just wish the international superstar nothing but the best.

Now all we have to do is sit back, relax, blast some 1989 tunes, and happily smile at the photos of Swift living it up with the help of her BFF-filled squad, her flawless love affair with boyfriend Calvin Harris, and life itself. How could that not put a smile on your face?