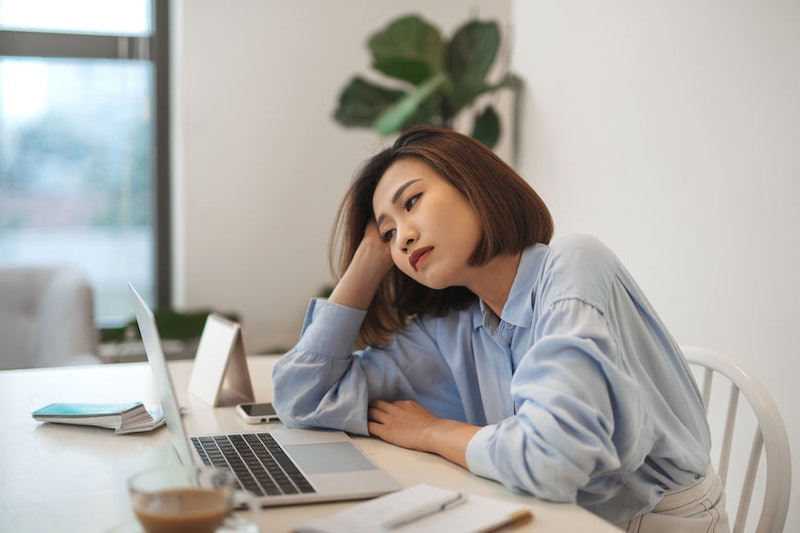 If you’re in your 20s, and you feel like the quarter life crisis is hitting you especially hard, you can take comfort in the fact that you’re not imagining things. Research has shown that your 20s really are the worst, at least from an emotional standpoint. It’s a time of high stress, high levels of negative feelings, and low levels of positive emotions. Is it any wonder that you sometimes feel like crap?

A video from Harvard Business Review, using research from Ran Zilca and Happify, an app designed to promote happiness, explains just how your 20s can create an emotional cocktail of awfulness. Data pulled from 88,000 users reveals how stress and emotions shift throughout one’s lifetime. In people’s late 20s and early 30s, levels of stress shoot up rapidly. Stress continues to increase throughout their 40s, but at a slower pace. Perhaps unsurprisingly, stress levels finally begin to decrease around retirement age.

In an article for Harvard Business Review, Zilca, who is Chief Data Science Officer at Happify and author of Ride of Your Life: a Coast-to-Coast Guide to Finding Inner Peace , points out that there’s a lot going on in your 20s to stress you out: You may be dealing with your first job and your first time living independently, while trying to make the difficult transition into adulthood. He writes that people in their 20s undergo a “quarter life crisis” that spans four stages:

It starts with a feeling of being locked in to a commitment at work or at home: people take on jobs, rent apartments, and enter relationships, but then feel trapped in pretend adulthood. Then, at some point, they leave their romantic partners, jobs, or social groups and become separated and lonely. They spend the worst part of this crisis reflecting and recalibrating their plans, alone and isolated, until eventually they go out and explore new hobbies, interests, and social groups, finally emerging at the other side of the crisis happier, more motivated, and with a greater sense of clarity.

The graph above shows that stress increases substantially in your 20s, but it doesn’t stop increasing for decades after, so stress, by itself, doesn’t fully explain why being in your 20s is so hard. It turns out that the real difficulty hinges on how people are able to cope with that stress. The data from Happify reveals that people experience a spike in both negative emotions and mind wandering in their late 20s and early 30s. By their late 30s, those negative feelings begin to dip down again.

At the same time that people in their 20s are feeling all of these negative emotions, they’re also feeling a dearth of positive ones. As the video points out, positive emotions “nearly bottom out” in your 20s and early 30s. On the plus side, by their late 30s, people begin to experience a steady rise in positive feelings and satisfaction that continues for the rest of their lives.

Zilca says that this shift from negativity to positivity happens because we become more mature and more able to deal with stress. He writes,

The change that occurs after the quarter-life crisis is attributable to a set of skills we acquire: we learn to develop psychological mastery and to regulate and attenuate our emotions, or to dismiss them instead of dwelling and allowing emotions to take over. As we age, we learn to put things in perspective, believe in ourselves more, and realize that the emotions that sometimes pierce our chests are temporary and do not have to consume us.

This study thus seems to suggest that, although growing up is indeed hard to do, it’s growing up that will ultimately make you feel better. Watch the full video below: