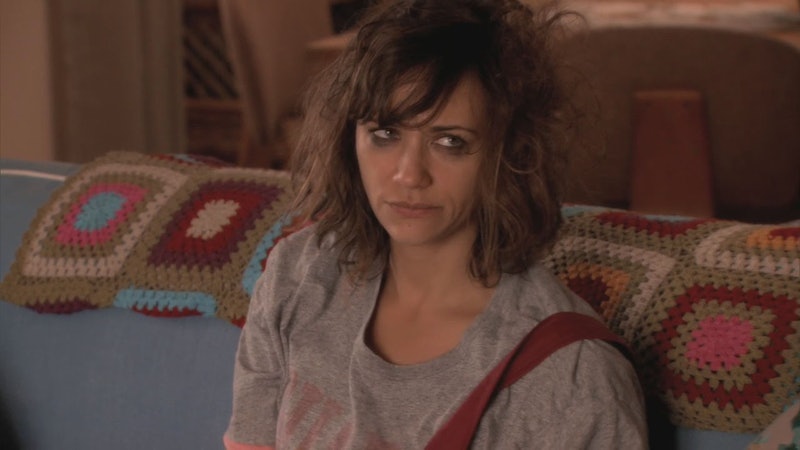 Throughout the course of human civilization, people have searched far and wide for that fabled, magical elixir known as “the hangover cure.” Everyone has a theory about what foods will make a hangover better, but it’s important to know that there are some foods that will make your hangover worse — and that, tragically, a lot of those foods are the very things you crave when you wake up after a long night out, stomach roiling, head pounding, and generally wishing that someone would come along and just put you out of your misery.

Scientists refer to hangovers as “veisalgia,” which is really just a fancy way of saying “That moment when you feel like someone just bunched your brain in the face and then put your whole body through a washing machine.” The horrible physical symptoms of a hangover are due to a variety of factors: Alcohol is a diuretic, so it can dehydrate you (and dehydration causes headaches, fatigue, and a general feeling of grossness); alcohol spurs your body to produce excess acetaldehyde, a toxin; it causes your stomach to produce excess acid, which irritates the stomach lining; and it messes with your immune system. Is it any wonder that you feel like the human embodiment of chewed gum?

When you wake up with a hangover, it’s common to crave caffeine and greasy breakfasts, but these things actually aren’t the best things for you when you’re feeling the pain from a night out. As a general guideline, when you’re hungover, you should try to avoid eating or drinking things that will make you more dehydrated or that will irritate your probably-already-upset stomach. And you should drink lots and lots of water.

The following twelve edibles won’t help your hangover, whatever your cravings might be telling you. That said, if you absolutely can’t get your hungover self out of bed without the promise of a breakfast sandwich — or if your favorite greasy breakfast will make you feel slightly less like a desiccated corpse psychologically — then who am I to say “No”? Just be prepared to power through your hangover a little longer:

We’ve all heard the adage that the best way to cure a hangover is to have a bit of the “hair of the dog that bit you” — that is, that you can cure illness brought on by alcohol by drinking… more alcohol. It’s fairly obvious why this is a popular myth (more booze!), but, sadly, it doesn’t work. In fact, it’ll probably make you feel significantly worse. Drinking alcohol while you’re in the middle of a hangover might make you feel better in the moment — probably because the alcohol is dulling your pain — but, in the long run, that’s just more booze for your poor, overtaxed body to process, meaning that your hangover will last even longer.

If a bit of caffeine helps you to scrape yourself off the floor when you have a hangover, then, by all means, have that cup off coffee. Just don’t go too crazy with the coffee intake. Part of what’s making you feel like crap in a hangover is the fact that you’re dehydrated. Coffee is often touted as contributing to dehydration, though there is some conflicting evidence on that score. Caffeine can also cause headaches, which is bad if you already have an alcohol-induced one; confusingly, caffeine can also help headaches, so the thing to do here is assess how caffeine tends to affect you particularly before you imbibe.

People often crave greasy, fried foods when they have hangovers, but really the time to have a greasy meal is before you start drinking — it’ll help slow the absorption of alcohol in your system. When you’re already hungover, greasy and fried food won’t help — in fact, they’ll probably only irritate your stomach further.

Drinking juice is a good thing when you have a hangover because the type of sugar in the juice, fructose, can give you an energy boost to help combat that groggy feeling you woke up with. However, orange juice is not your best option because it’s acidic and can irritate your stomach (which, let’s face it, is probably pissed at you already).

The same rule applies to fatty foods that applies to fried foods — they can irritate your stomach, which, when you have a hangover, is just heaping bad stuff on top of bad stuff.

6. Meat and nothing else.

In an interview for Thrillist, dietician Andrea Chernus warned against trying to treat a hangover with a giant meat fest. She explained that you could make yourself feel even more awful “if you’re just eating high protein and not including any carbohydrates, because your blood sugar can be low from drinking. That could definitely make a headache worse.”

Chernus also asserts that breakfast sandwiches aren’t a great hangover cure. “A bacon, egg, and cheese is like your whole day’s worth of saturated fats,” she said, and as we’ve seen before, when you’re hungover, high-fat meals are hard for your already-overworked digestive system to deal with. I assume the same rule of thumb would apply to breakfast tacos, aka the greatest breakfast ever invented. (My Texas-born heart is crying).

Eggs are actually a great hangover food because they contain cysteine, an amino acid that helps to break down acetaldehyde, the toxic chemical that your body produces when you drink alcohol. That’s probably why so many supposed “hangover cures” feature eggs. Some people swear by including raw eggs in their hangover-curing concoctions, and that’s where we get into inadvisable territory. When you eat raw eggs, you risk exposure to salmonella, a type of bacteria that causes food borne illness. You already feel like a wadded up piece of paper because of the hangover — why risk food poisoning on top of it? By all means, treat your hangover with eggs for breakfast (they might help!), but be sure to cook them first.

Over-the-counter painkillers can help to relieve your headache if you have one, but be careful about which ones you take and how much. Acetaminophen (the drug in Tylenol and a variety of other painkillers) has been linked to liver damage when paired with alcohol. Dr. Martin Zand, medical director of the kidney and pancreas transplant programs at the University of Rochester Medical Center in New York, told WebMD that, although taking small doses of acetaminophen would probably be OK for hungover people who don’t drink regularly, it doesn’t hurt to play it safe (and if you do drink regularly or take acetaminophen regularly, don’t mix the two). He explained that when you have a hangover, “[Y]ou might want to choose another painkiller if you want to err on the side of caution, because you've just put your liver through a stress test and it needs all the breathing room it can get to recover.”

Anti-inflammatory drugs like aspirin and ibuprofen might be better options for treating a hangover, as they don’t carry the same risk to the liver. Be aware, however, that these drugs have been known to irritate the stomach. If you already have an upset stomach due to your hangover, you may want to abstain.

Whether spicy food will harm or help your hangover depends on how well you tolerate heat. Manuela Neuman, Ph.D., a pharmacologist at the University of Toronto, told Real Simple that a spicy meal may be just the ticket for treating your hangover, saying, “The sudden introduction of spicy foods basically distracts your body from focusing on your hangover.” However, if your body isn’t very tolerant of spicy food, you may want to think twice about adding chilies to your breakfast; spicy foods can irritate the digestive system and cause indigestion (which is no good if your stomach already hates you for those extra tequila shots). If you have an upset stomach, or you have a history of spicy food messing with your digestion, stick to bland flavors during your hangover.

If you have a hangover, you probably have low blood sugar, but the best way to put that to rights is through a healthy, balanced meal (and have a glass of juice in there, too!). Filling your body with sugar will only throw your blood sugar even more out of whack.

If you wake up feeling really rotten and with your stomach doing gymnastics, it can be tempting to simply avoid food altogether, but doing so won’t help you in the long run. According to Men’s Health, usually when your blood sugar gets low, “your liver reacts by producing more glucose from stored carbs” (and that glucose helps you feel better). But when you have a hangover, your liver already has a lot to do (dealing with all that booze you drank), and it doesn’t produce the glucose that would boost your blood sugar levels, leaving you feeling exhausted and awful. By eating carbs, you can help bring those blood sugar levels up, which will make you feel a little less terrible. If you’re stomach feels too rough to handle real food, try nibbling on something simple like toast or crackers — it may make you feel better.

More like this
Heinz Is Selling A Sprayable Mayo Mousse
By Maxine Harrison
Are We Drinking Rosé All Wrong?
By Sheila Yasmin Marikar
Meet The Spice Company Founder Who Sees Chai As A Metaphor
By Madhuri Sathish-Van Atta
Here’s What Sarah Jessica Parker’s Canned Cosmo *Actually* Tastes Like
By Emma Garza
Get Even More From Bustle — Sign Up For The Newsletter