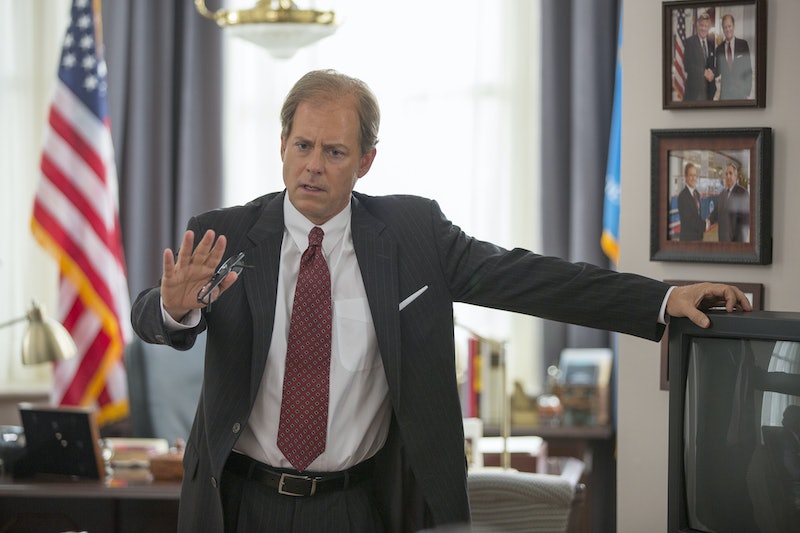 HBO's latest film, Confirmation, stars Kerry Washington as Anita Hill, a real-life law professor who in 1991 accused then-prospective Supreme Court Justice Clarence Thomas of sexual harassment during his confirmation process. Thomas denied the accusations, and to this day, neither his nor her version of events has been verified. However, this film is not only tackling both Hill and Thomas' perspectives of the case; it's also bringing Vice President Joe Biden's role in the trial to the forefront. Biden — who is portrayed by actor Greg Kinnear in the film — was then a Delaware Senator and the Head of the Senate Judiciary Committee, and led the 1991 hearings. It's natural that viewers may wonder if Joe Biden believed Anita Hill's claims about Thomas.

The complicated details of the case have been laid out for both sides in the media over the years. Hill has recently criticized the committee's handling of the hearing. In an April 2016 interview with Time , she claimed:

I expected a fair process. If you file a sexual-harassment complaint in an office, what you find in the best instances is a neutral investigative process. That never happened. I did expect that the chair would be fair and gather the testimony from the relevant witnesses, like the three women who were not called in to testify, like the experts on sexual harassment that could have helped inform the committee about how the problem manifests itself.

She claimed in the same interview that she has not spoken to Vice President Biden about these concerns since the 1991 hearing. Bustle has reached out to both Hill and Biden for comment and has not yet heard back.

But there are two sides to any story. In April 2016, CNN received word from Biden's office regarding the implication that he did not handle the Thomas hearings fairly, and that he allegedly wouldn't allow other Thomas accusers to testify. His team claimed to the site:

... on page 440 of the hearing transcript is a letter sent from Biden to one of the women, Angela Wright, vitiating her subpoena. The letter references an agreement between her and the committee that she not testify and instead provide transcripts of interviews of her and a corroborating witness. In the letter Biden says it is his preference that she testify, but that there are time constraints under which the committee was operating.

Since voting against Thomas' confirmation onto the Supreme Court in 1991, Biden has not stayed silent on the matter. According to Politico, he reflected on his side of the case during a 2015 Ohio State University campus rally focused on sexual assault: "During the Clarence Thomas hearings, one of the things that emerged was the issue of sexual harassment. It was the thing that no one wanted to touch. I remember saying to my colleagues, 'This is so much bigger than a single judge.' Because of the national debate on that issue, men may still do it… but it's a different place."

Whether or not then-Senator Biden believed Hill's testimony, and no matter your opinion of Biden's involvement in the hearing, equal treatment of all parties is one of the many things that Confirmation tries to accomplish. The film will air on April 16. It should be mentioned that it was made without any involvement from Biden.