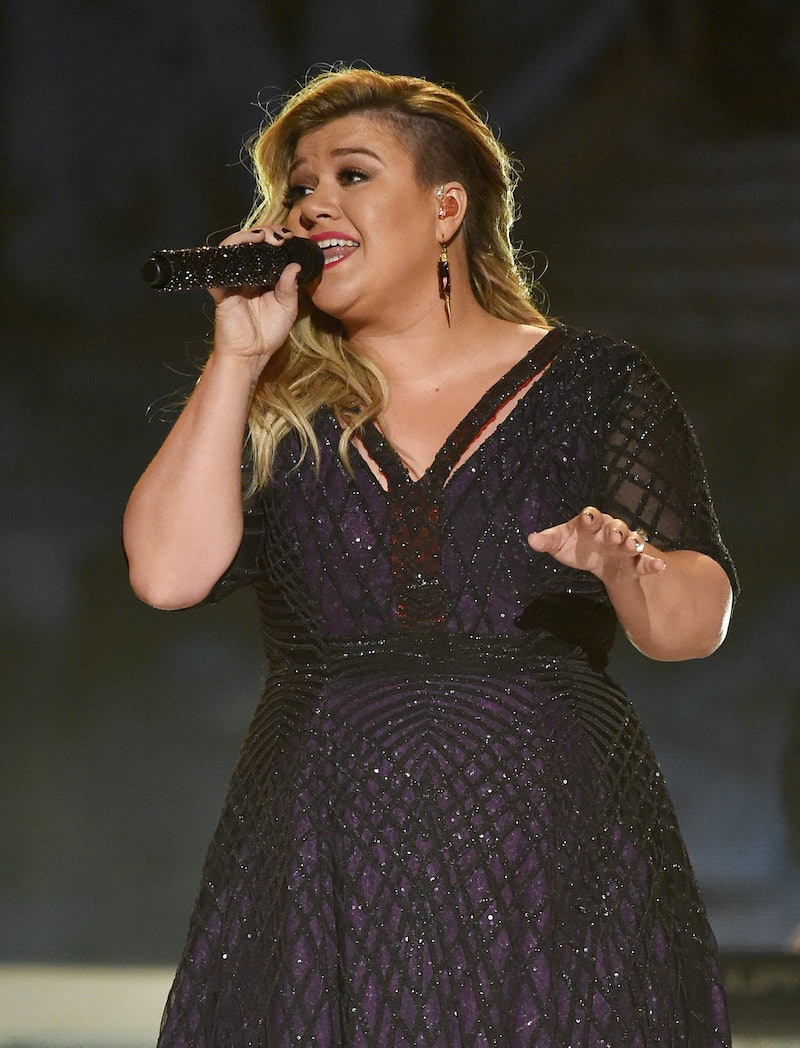 Kelly Clarkson and her growing family have a whole lot to celebrate so far this year. On Thursday, Clarkson announced the birth of her second child with her husband, Brandon Blackstock, and she is now officially a mother of two. As she did with her daughter River Rose, Clarkson announced the birth via her Twitter, and immediately shared her newborn son's name: Remington Alexander Blackstock. What a strong name! After naming her daughter River, I knew I liked her and Blackstock's unique naming style, but why did Clarkson name her son Remington Alexander? The etymology of the name reveals some sweet clues.

Remington is not exactly a common name, and it seems like Clarkson might have been a little more creative than she admitted to being when she chose River's name. Clarkson told People last February that their home in Nashville was one of the inspirations for their choice of name. She said,

We were going back and forth on what to name her and I like androgynous names... We live on a river, so it really wasn’t that creative. We were outside on our balcony, and we both looked at each other and were like, "What about River? That’s kind of cool."

She also included a tidbit that seemed to hint at her future children's names. When speaking of River's middle name of Rose, she said, “It’s my mother’s maiden name and I love alliteration.” Kelly Clarkson loves alliteration, you say? It makes even more sense then that she would name her son with an "R" name. "River and Remington" already sounds like an awesome new baby clothing line or hip boutique, and I am all for it.

If you look at the meaning of the name "Remington," you definitely get the sense that Clarkson wanted to find a name with close ties to their family and the new baby's older sister. According to baby naming site, Nameberry.com, Remington means "place on a riverbank." It is an old English name from the words "riming" meaning stream, and "tūn," meaning settlement, so quite literally, settled by the river. Based on what Clarkson shared of River's name, we know that her family has a home that is also literally on a river. Clever!

While I don't see any strong ties to a family name, his middle name "Alexander" is one of the most historically popular male names and means "defending men," so it provides a nice contrast to the peaceful meaning of Remington.

Remington Alexander was born into a loving family and he will always have a home with them and with his older sister. Congrats to this adorable family!