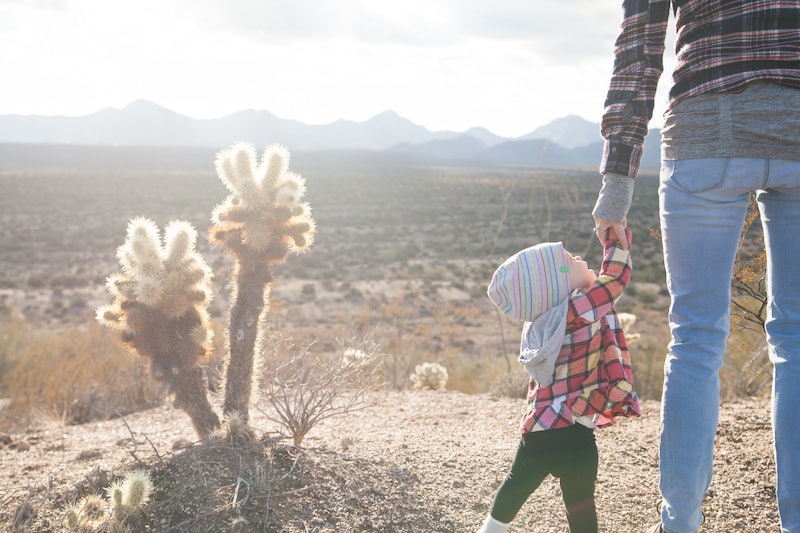 Well, as highlighted in the findings from Mikko Myrskylä, the director of the Max Planck Institute for Demographic Research, and his colleague Kieron Barclay at the London School of Economics, the thing about having babies later in life is that those babies are being born into a world that is different than the one that existed when the parents were younger — usually one that's more advanced and better off.

But do the benefits of being born into a more medically advanced world really make up for the health risks associated with later pregnancies? Myrskylä and Barclay's research says yes.

"The benefits associated with being born in a later year outweigh the individual risk factors arising from being born to an older mother. We need to develop a different perspective on advanced maternal age. Expectant parents are typically well aware of the risks associated with late pregnancy, but they are less aware of the positive effects" said Myrskylä. So basically, we need to stop being ageist with regards to when people choose to become parents.

It is worth noting, of course, that their research was conducted in Sweden, so it's not certain that the principle still applies to the U.S. — for one thing, our health care system isn't nearly as good. But overall, when they looked at key health indicators like height and educational factor, they found that children born to older mothers are taller, get better grades in high school, and are more likely to go to university. In other words, they do better.

So the next time someone asks why you don't have kids yet, or implies that you're starting to get a little old and ought to be having them now, you can just tell them that waiting is better for your hypothetical future children anyway. Because even though it really isn't any of their business — the "right time" for kids is whenever you're ready for kids, after all — often times people don't seem to hear that, so it's good to have a backup.