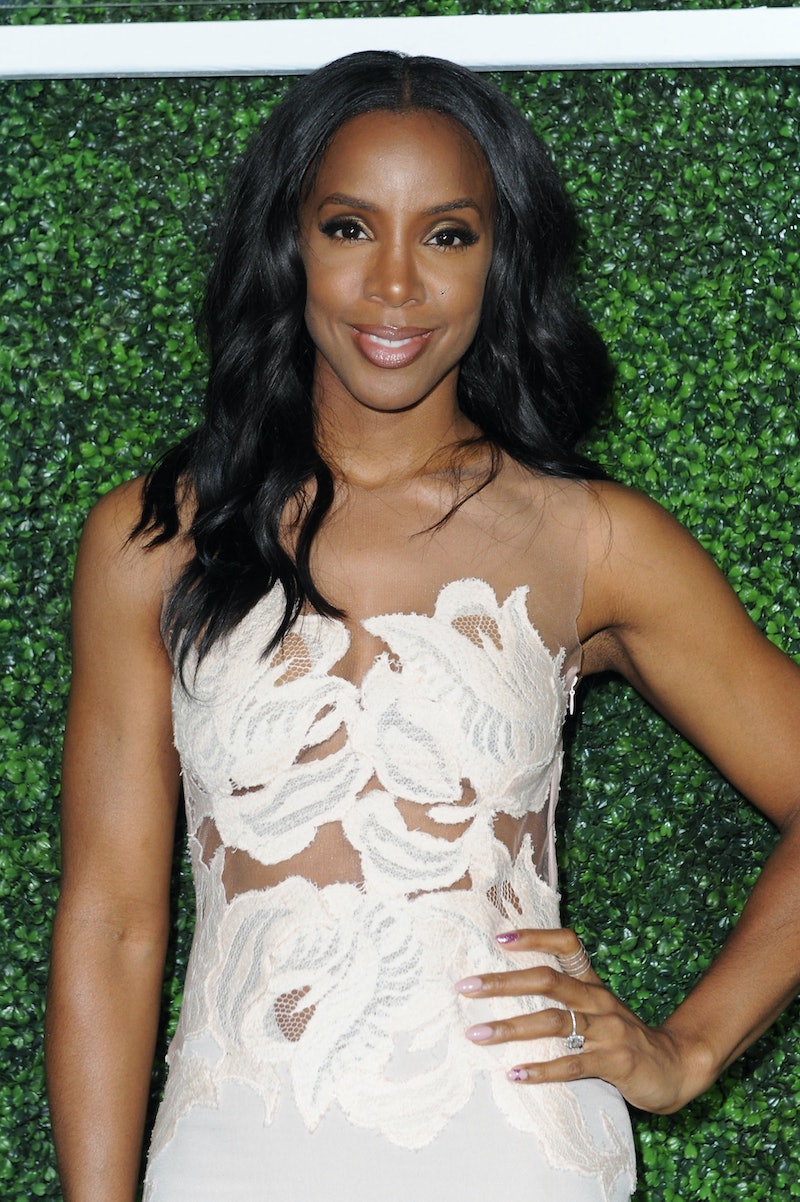 It makes sense why Kelly Rowland would want to make her foray into the world of reality TV by finding the next major girl group. After all, as one-third of Destiny's Child, one of the most successful girl groups of all time, it's safe to say Rowland knows quite a bit about the topic. Her career took off thanks to the success of Destiny's Child, and since the group went their separate ways in 2006, she's had major career success on her own, all the while remaining proud of her Destiny's Child roots. Rowland's new show on BET, Chasing Destiny , is an awesome homage to the power of the girl group, and it's something that the music world desperately needs these days.

In an interview with BuzzFeed, Rowland said that while her time in the group inspired her to create the show, she's looking forward to working with fresh talent and creating a new group. She said the show has, so far, been "an unforgettable experience. One of the best so far in my career."

What I love the most about it is the fact that I’m getting a chance to groom some talent. I feel like when it comes to artist development, it’s kind of sucked out of the industry right now, and people are just catapulted into this crazy career, and all the in-between stuff is just really good. It makes them amazing, it makes them great and unique, and I’m actually touching on that in the show.

Of the obvious connection to Destiny's Child, she said,

For the past few years, the focus has definitely been on boy bands, with the rise of One Direction and 5 Seconds of Summer hearkening back to an era when Backstreet Boys and *NSYNC ruled the charts. But I think it's time for a resurgence of girl groups like Destiny's Child. Of course, groups like Fifth Harmony and Little Mix are clearly killing it, but there's definitely space for a great R&B group in the market, and I'm hoping that Rowland's show can fill the void.

Pop music is pretty much dominated by the ladies these days, save for a few boy bands and solo guys in the mix, and it's awesome. From Taylor Swift, Rihanna, Adele, and Ariana Grande to Meghan Trainor and Tori Kelly, there are so many ladies with a unique voice and personality out there. But there's something about a group of young women together that's special, too. Girl groups allow each member to shine while bringing something different to the mix. Plus, their energy and support of one another is always a good thing.

Everyone has a favorite girl group, from Rowland's own Destiny's Child to the Spice Girls, and when a bunch of talented female musicians come together, it's impossible not to feel the feminist energy in spades. So who better to manifest that energy than Rowland, who has consistently put out amazing music in her solo career and with her group. Plus, she's been a mentor on both X Factor UK and X Factor USA, so she's used to doling out advice for someone starting out in the music business. After all, she knows firsthand the pitfalls that can come from music stardom.

Finally, most music competition shows, like American Idol and The Voice don't give people a chance to see an act as they develop. We see a whole bunch of contestants start out, and then one winner in the end, and their careers either skyrocket or fizzle out. This will give viewers the chance to see one act as they come into their own, much like Making the Band did, which is a reminder that pop music success doesn't have to come by way of a popular YouTube video or social media insta-fame.

I can't wait to see what Rowland has in store for her show and the new talent she's discovering. Girl power is alive and well, and what could be better than that?