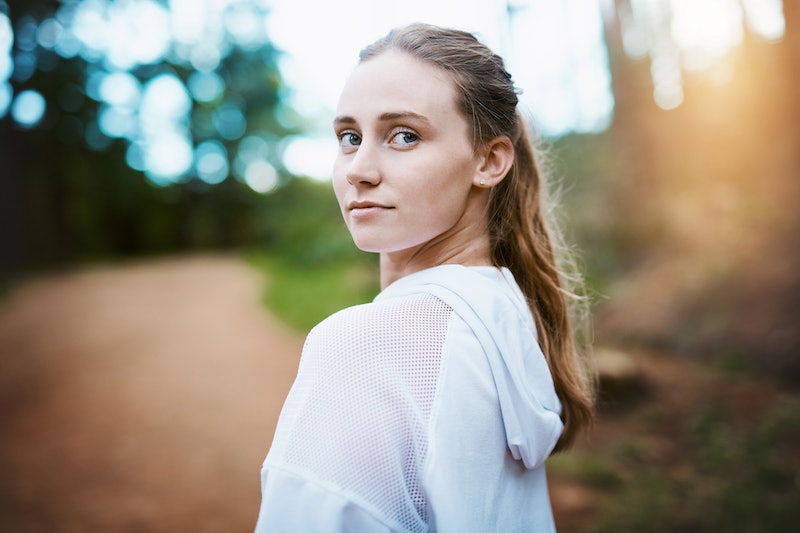 It happens to almost everyone eventually: An average day is interrupted by a sense of familiarity, as if you've experienced this exact situation before — down to the shirt you're wearing and the expression on your friend's face — even though you know you haven't. The question of what déjà vu is has plagued scientists for centuries, but like all the weirdes, most interesting parts of being human, the phenomenon remains largely a mystery.

Here's what researchers do know: Déjà vu describes the unshakable feeling of familiarity in an unfamiliar place. For instance, I once walked into a cathedral in Savannah, Ga., and was struck by the sense that I'd seen the arches, stained glass, and even my fellow tourists before, despite the fact that I'm absolutely positive I hadn't. Fortunately (or unfortunately, if you're into spooky stuff), it only lasts a few seconds before fading away, although that doesn't mean it won't return later. The phenomenon occurs in approximately 60 to 70 percent of the population, depending on who you're asking, and according to a 2003 study, it's equally prevalent across genders and ethnicity. However, the same study suggests it tends to show up more often in people between the ages of 15 and 25.

In short, it's a fairly universal human experience; if you haven't experienced it yet, you probably will at some point. But that's just skimming the surface of a complex phenomenon — let's take a more detailed look below.

Taken literally, déjà vu means "already seen" in French, and it's a fitting term. According to Scientific American, research suggests that the phenomenon occurs most frequently in terms of places — walking into a room in a building you've never visited, traveling down a road in a country you've never seen, and so on.

Here's where things get especially interesting: Swiss psychologist Arthur Funkhouser hypothesizes that there are actually multiple kinds of "déjà experiences" beyond the well-known déjà vu. Déjà vécu, for instance, is the feeling that you've already "lived through" an experience, while déjà reve refers to feeling like you've already experienced something in a dream.

Is It A Bad Thing?

Anyone who's experienced déjà vu knows that it's certainly unsettling, so it's natural to wonder if it means something is wrong with your memory. However, research has found that it happens to people with or without medical conditions; in fact, the aforementioned 2003 study suggested that deja experience are associated with good memory function. That being said, repeated, frequent déjà vu is no walk in the park and could be part of a larger neurological problem.

It's the million-dollar question: What causes déjà vu? Thanks to the random nature of onset, the phenomenon is notoriously difficult to study in an experimental setting, and as a result, there are dozens of theories out there (including some interesting riffs on reincarnation). However, most scientists agree that it has something to do with a glitch in memory functioning. This theory is further supported by the fact that people with epilepsy tend to experience déjà vu more often — and for some patients, surgery to correct the seizures also gets rid of their déjà vu.

But what about individuals without medical conditions? According to some researchers, déjà vu in seizure-free individuals could be the result of misfiring neurons that cause the brain to confuse the present and the past. On the other hand, research also indicates that it may simply be caused by the shortcuts our brain takes. In a 2012 study, researchers found that a sense of familiarity arises when we're confronted with similar situations, even if we don't consciously recognize the similarities.

"A situation that resembles one in memory may be a particularly good candidate for producing that simultaneous recognition of newness alongside a sense of familiarity," psychologist Anne Cleary explained to Scientific American.

As always, the answer probably lies somewhere in the intersection of the more credible theories. In the meantime, let's be thankful that déjà vu is more common than jamais vu, in which familiar situations are seen as unfamiliar. Now that sounds eerie.